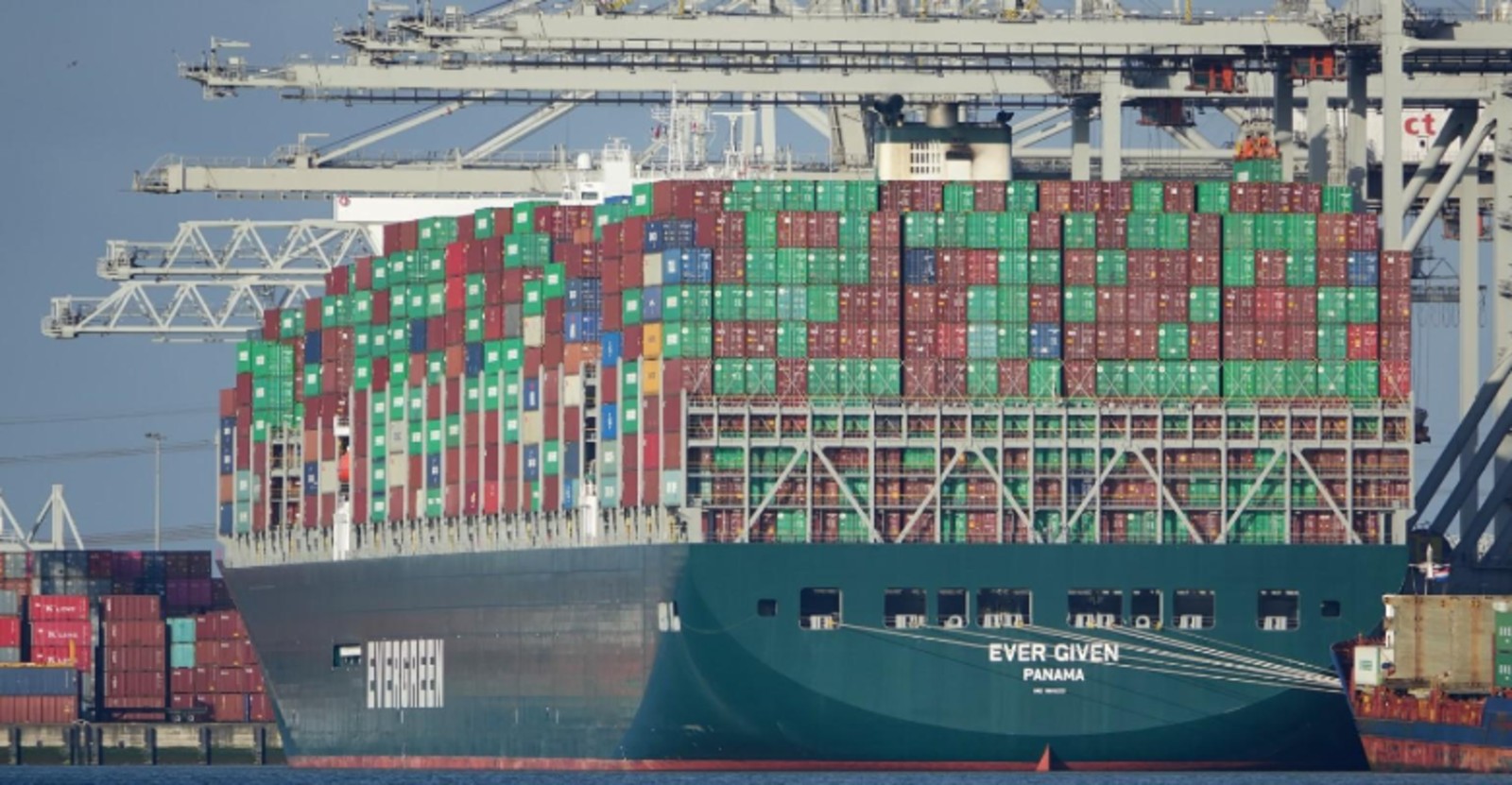 The never-ending supply chain crisis: For infrastructure, 2020 was “the year of supply chain disruptions and bouncing back.” And while plenty has changed in the past 12 months, supply chain woes were sadly not confined to last year alone. New kinds of shortages compounded the issue as the year barreled on, including a tightening labor market abroad that made shipping and delivery that much slower. Here at home, microchip shortages weighed on the automotive industry, the Suez Canal played host to a stuck ship that became emblematic of the shipping crisis, and wheat prices soared amid the global commodities squeeze. But there was light in the darkness, too, with some local startups seizing the challenge to plug the gaps in stuttering supply lines.

The lack of micro chips caused a macro problem this year, with the global shortage of semiconductor chips — a crucial component of products ranging from phones and laptops to TVs and household appliances — wreaking havoc on businesses worldwide.

Worst-hit both at home and abroad was the automotive sector: A slowdown in the supply of chips, electronic control units (ECUs) and other components from abroad has been impacting local car assemblers and distributors, some of them told us in October. Industry leaders reported nosediving car imports and sales targets, while domestic production lines also slowed down.

Not only did it get increasingly difficult to source parts this year, but also more costly to have them delivered. Local firms’ shipping costs for chips and all other car components increased around 500% YtD on the back of the global container shortage, Khaled Saad, the head of the Egyptian Association of Automobile Manufacturers and the managing director of the Brilliance Bavarian Company, told Enterprise. Meanwhile, price hikes and shipping delays began to impact sales toward the end of the year, with the most recent figures from the Automotive Information Council showing that passenger car sales were essentially flat y-o-y in October after months of sustained y-o-y growth.

The local auto industry isn’t expecting a reprieve come 2022: Those we spoke to expect this to be a problem well into the first half of next year — while globally, others have warned that chip shortages could be part of all of our lives for years to come. While most in the local auto industry managed to ride out constraints by relying on existing chip stocks, many expect to enter the new year with a more serious supply crunch. In response, licensed distributors are mulling a 10-15% increase on label prices, while international partners could cut local production by 25-40% y-o-y in 2022.

Green projects were also impacted: You can read further on how supply chain disruptions impacted our push to go green in part 1 of our year in review of Egypt’s green economy.

Materials shortages began to damage local businesses by the end of the year. Non-oil private sector growth was struggling under the weight of inflationary pressures stoked by global supply chain shortages by the fourth quarter, as the cost of shipping, energy, and raw materials continued to rise sharply. Non-oil business activity remained in contraction the entire year and, in November, input cost inflation hit its second-fastest rate in over three years. Those costs were passed onto consumers, denting demand, and thereby forcing companies to pare back orders and further deplete their inventories.

Inflation makes for a gloomy outlook: Expectations for future output are now at their lowest level in a year, with Egyptian firms expecting higher inflation to suppress improvement in activity over the upcoming year.

Shortages also hit basic commodities, including all-important wheat: While the much-prophesied commodities supercycle that we heard so much about back in the spring largely failed to materialize, essential goods were nevertheless hit by shipping jams and supply gaps. As the world’s biggest importer of wheat, we’re significantly exposed to price hikes that saw the grain trade at its highest levels in more than a decade in 2021, with Egyptian tenders delivering the highest prices in at least five years. Egypt was mulling hedging against rising grain prices last year, but has not yet announced any decision on the topic.

We can’t avoid a mention of the Mega Container That Must Not Be Named: Our very own Suez Canal got its 15 minutes of international fame back in March, when the Ever Given ran aground in the crucial (and narrow) shipping strait.

The upshot: Six days of lost business worth some USD 15 mn in foregone daily revenues, a complex rescue mission, and the disruption of 10-15% of global shipping to the tune of over USD 9 bn per day. Cue several months of haggling between the Egyptian government and the ship’s ins. companies, which was settled in July with a reported payout of USD 540 mn to the Suez Canal Authority. The saga also gave the world’s media a reason to take a closer look at global supply chains and international shipping, highlighting the vulnerability of ever-more-connected global economies to unexpected shocks (like, say, a pandemic).

Despite the disturbance, the Suez Canal is doing just fine, reporting record revenues in FY2020/21. In fact, the canal could even be set to benefit from the supply-chain crunch: Transit fees are set to increase by 6% for most ships starting February 2022, as record highs in oil prices and freight charges boost income for shipping lines.

Local shipping, meanwhile, was also affected by Nafeza: This year saw the rollout of the government’s digital customs filing system Nafeza (or ACI), with north of 85% of active importers looped into the system as of the start of December. The new blockchain-based system is set to bring time and cost savings, as well as greater transparency, to customs procedures. There were teething problems as importers and customs officials got to grips with the tech, with some in the industry complaining that the rollout had led to further delays in getting shipments processed. But problems are being ironed out, insiders told us, and the outlook is positive for next year as authorities focus on getting banks linked up to produce a fully digital system.

The silver lining to all the hiccups: It’s creating space for local startups to step in. For firms like B2B bulk ordering startup MaxAB and social commerce platform Brimore — which are stepping up to solve lingering gaps in supply chain management — the global crisis has highlighted the need to solve pre-existing flaws in the way logistics has historically been managed locally, and strengthened their investment story.

Speaking of water, maritime transport was another point of interest this year and foreign players were all for it: Egypt’s upcoming port projects saw a number of agreements signed and investments earmarked as the country aims to expand its maritime transport network. The Tenth of Ramadan dry port and the Safaga port received USD 500 mn-worth of interest from Abu Dhabi Ports who also signed an MoU to manage and operate a multi-use terminal at the Safaga Port. Meanwhile, the Tenth of Ramadan project received bids from six consortiums to build and operate the dry port. The Ain Sokhna Port also grabbed attention, with DP World and CDC Group eyeing the project for fresh investments as part of the pair’s USD 1.7 bn platform to invest in African ports and logistics infrastructure.