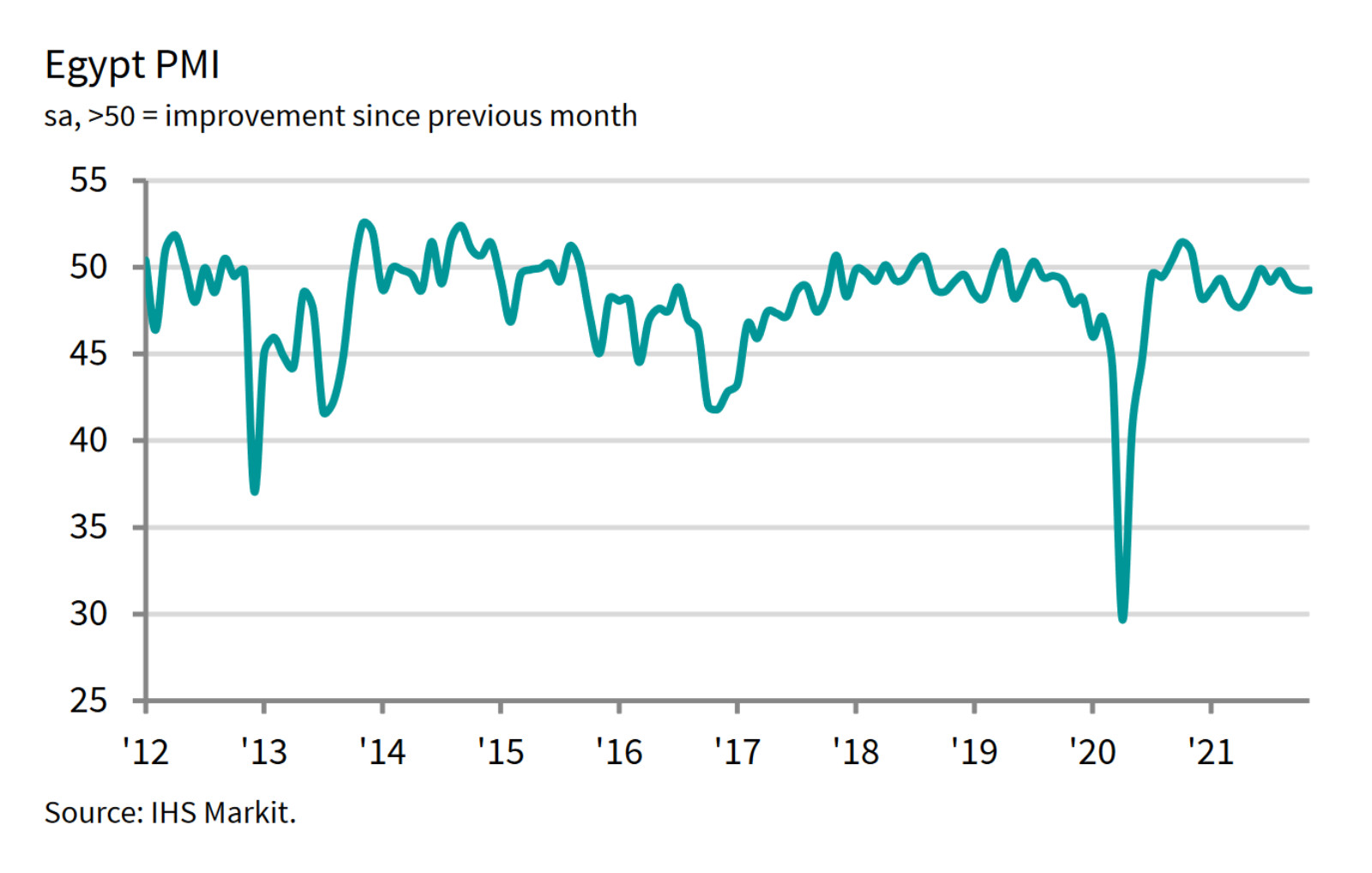 Egypt’s non-oil business activity shrank “moderately” during November, with a closely followed gauge of business conditions unchanged from the month prior as supply chain bottlenecks and inflationary pressures continued to weigh on private sector firms. The IHS Markit Purchasing Managers’ Index (PMI) (pdf) remained at 48.7 last month, marking the twelfth consecutive month it has been below the 50.0 mark that separates expansion from contraction.

Inflationary pressures and global supply chain shortages were mostly to blame, with new business falling at the quickest pace in six months. Output fell for the third month in a row, as output price inflation rose at the second-fastest pace since mid-2018, providing a challenging outlook for future prices. Inflation has inched up in recent months, reaching a 20-month high in September, and although the headline rate fell back slightly in October food and fuel price growth remained elevated.

Vendor performance went into reverse for the first time since June due to global supply chain disruptions. Meanwhile, a slowdown in sales prompted companies to tone down their purchases, further depleting their stock inventories.

Employment fell back after rising steadily for the past four months. Decreased demand has led to reduced workloads, so employers are opting to cut expenses by keeping vacant job positions open. As a result, backlogs of work piled up at the fastest rate since November 2020.

Motive to decrease overheads: Salary costs are on the rise for the third month running, as companies raise wages to keep up with rising living expenses.

Expectations for future output are now at their lowest level in a year, with Egyptian firms expecting higher inflation to suppress improvement in activity over the upcoming year. Reuters also had the story.

ELSEWHERE IN THE REGION- Saudi Arabia’s non-oil private sector expanded at one of its quickest paces since the pandemic in November, and although the rate of expansion dipped slightly from the previous month, businesses continued to see “strong demand” and “modest” price increases, according to its PMI (pdf).