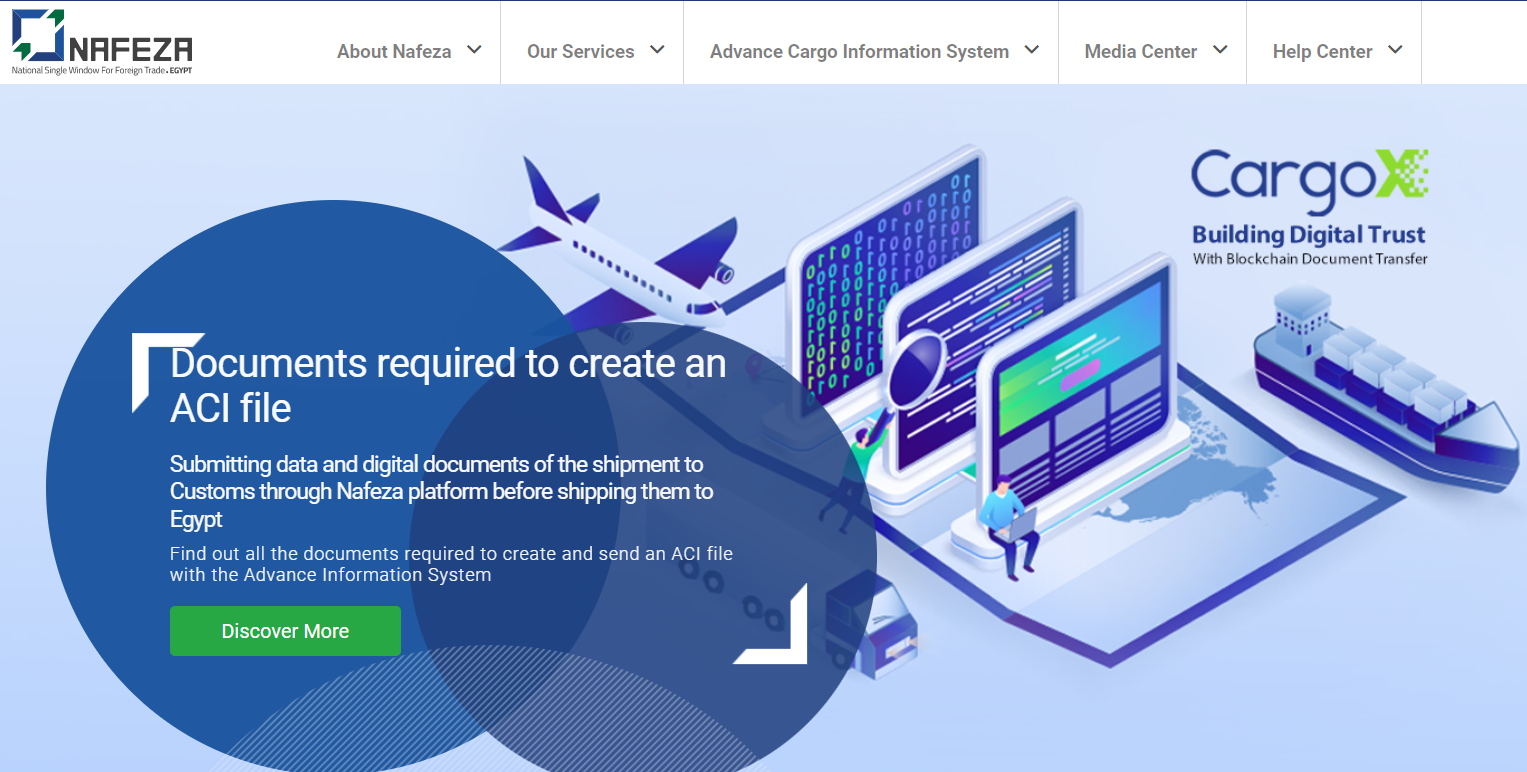 The signs to watch to determine how successful Nafeza will be as it’s rolled out: Earlier this year, the Finance Ministry issued a decision requiring businesses importing goods at seaports to file shipping documents and cargo data digitally via a new Advance Cargo Information (ACI). To comply with the new system, the importer needs to register on the Finance Ministry’s digital customs system Nafeza (aka National Single Window for Foreign Trade Facilitation). The system made its debut last month, after the ministry pushed back its initial deadline for businesses to join the digital system from July.

It’s still early days to make a definitive judgment on the system or how successful it will be down the road. A month after coming into effect, there’s been talk of technical glitches and some grumbles from importers about the transition and its ease of use. But so far, there doesn’t appear to be a mass insurgency among importers forced onto the system, which is still being rolled out piecemeal and is currently missing some elements that make a judgment on the system at this point in time premature. Based on conversations we’ve had with multiple industry insiders, the key factors to keep an eye on down the road are the extent to which importers become accustomed to going digital, resolving glitches, and the ability to integrate banks into the system — the latter of which got a big shot in the arm yesterday with an agreement between the central bank and the Finance Ministry.

First thing’s first: A refresher on ACI and Nafeza: ACI is a World Customs Organization (WCO) protocol that provides real-time information on shipments of incoming goods to shipping lines, port operators and governments. Through Nafeza, importers obtain a unique ID known as an ACID at least 48 hours before the goods are shipped. The shipper, who is usually an exporter registered on the other side of the system (through blockchain platform CargoX) must then submit documentation to Nafeza containing information such as the ACID and the bill of lading. The system is meant to speed up customs clearance at ports and make life easier for importers and customs officials alike, with the added benefit of building a nationwide shipping database and tracking goods traffic. Since its launch in October, around 43.5k ACIDs have been issued, Khaled Nassef, technology advisor for the Egyptian Company for E-commerce Technology (MTS), which set up the ACI system, tells Enterprise.

Where things currently stand: The vast majority of importers have now registered with the system, with north of 85% of active importers (around 24k companies) looped into Nafeza as of Monday, according to Nassef. Meanwhile, the system appears to be rolled out in phases, with the Finance Ministry and Customs Authority expecting to fully digitalize all customs-related transactions by next June, according to Nassef.

#1- Digital illiteracy and reluctance to rely on electronic systems: Some importers, including small companies, are finding it difficult to use Nafeza for digital ACI filing, largely because they are not accustomed to relying on a digital system. This process of understanding the ins and outs of the system could sometimes delay the pre-clearance process, shipping agent GlobeLink Logistics General Manager Hany Samir said. For example, one of the strict requirements on the new system is that each shipment should produce an electronic invoice that has to be uploaded to Nafeza and CargoX as an Excel spreadsheet. In the first month of Nafeza’s implementation, importers hit a wall because they produced and uploaded invoices as PDFs.

Crucially, part of the digital illiteracy culture is the existence of and general potential for graft in the original paper-based system. Through the ACI system, “all the documentation is transferred through a highly secure, auditable, transparent, but also confidential manner, with the use of public, neutral blockchain technology,” CargoX CEO Stefan Kukman told Enterprise. ACI’s transparency essentially eliminates middlemen’s ability to pocket financial incentives to push along customs clearance, industry insiders told us. Importers and other individuals involved in the customs space who have grown accustomed to graft will naturally be resistant to moving towards a transparent system.

#2- Looping banks in: On the payments side of things, the traditional importing process, which involves mailing original documents to Egypt, is still in place, according to sources familiar with the process. This process usually involves the exporter sending over the original bill of lading, invoice, certificate of origin, packing list, and other documents to the importer’s bank. The importer then needs to collect those documents and hand them over to a clearance agent, who then scrambles over to the destination port and pushes papers the old-school way.

This is changing: The CBE, Finance Ministry, and their JV Egyptian Banks Company, signed an agreement with MTS that would see them cooperate on integrating Egypt’s banks with the system and eventually see them do away with the paperwork, the CBE said in a statement (pdf) yesterday. Currently they are testing a new digital system and will be rolled out across the banking system as soon as it is ready, Nassef tells us. The digital system will be implemented on a trial basis for a select pool of importers as of January, Nassef said. For the duration of the trial period, these importers — which will likely be limited to large companies — will be required to submit both digital and paper documents until the process runs smoothly, he said.

How would the system work? While details are scant, our understanding is that a digital banking module will be added to the Nafeza platform. This will allow users to upload their required documents to their desired bank, and once it is fully rolled out, would forgo the need for physical cargo documents and the need for customs clearance agents to appear in-person in customs offices at ports.

This follows international standards and practices: The International Trade and Forfaiting Association (ITFA) has an initiative, known as Digital Negotiable Instruments, which allows the digitalization of bank guarantees, bills of exchange, and promissory notes, Kukman told Enterprise. Digital document specifications from ITFA “providing a vendor-agnostic technology-based framework to enable digital original documents to act the same way as paper original documents,” according to the CargoX boss.

#3- Tech glitches: Last month, the Cairo Chamber of Commerce’s Customs Committee and the Customs Authority sat down to discuss issues importers are facing with the system. The vast majority of these issues are minor technical issues, such as bugs, system outages, and some other glitches with processing requests according to Customs Authority boss El Shahat Ghatwary. Most of these issues have been resolved, Ghatwary told Enterprise.

ALSO KEEP YOUR EYE ON- ACI for air freight? The Finance Ministry is mulling expanding the application of the ACI pre-registration system to include air freight, Nassef told us. Authorities are currently studying the mechanisms of the system, taking into account the nature of the system, seeing that air freight moves at a significantly faster pace than any other form of cargo, a process that should be complete sometime during the first quarter of next year.