Good morning, friends, and welcome to the second half of Ramadan — and to our readers in North America, happy Mother’s Day.

TAKE OUR POLL- What do you expect for the rest of this year? We do an annual reader poll asking what you expect of business conditions and the economy in the year ahead. Covid-19 has us thinking that the results of this year’s survey need updating. Take a minute and tell us how covid-19 has impacted your business, whether it’s changed your outlook on the economy, and what you think of WFH. You can take the survey here.

You started the year expecting investment to pick up, looking to hire new staff and thinking this would be a great year for M&A. We’re asking you to take the survey this week and next and we’ll be back after Eid with the results.

THE STORY OF THE DAY- The Madbouly government spent the last 72 hours driving home one point: We’re all going back to some semblance of “life as usual” after Eid. Cabinet members including the PM Moustafa Madbouly and the ministers of finance, planning and health led the charge Thursday and through the weekend.

The nighttime curfew and restrictions on public gatherings will remain in effect until the end of Ramadan, Madbouly said on Friday, making official his announcement of the day before. That means schools, universities, public parks, beaches and government offices — with the exception of some real estate registry and notary offices, traffic departments, and some courts — are staying closed at least until 26 May, when Eid El Fitr ends. All restrictions otherwise remain unchanged: Restaurants are open for delivery only, nightclubs and bars are closed, and malls and retail outlets face curtailed hours (but continue to be allowed to open on weekends, as they have since the start of Ramadan.)

Egypt will have to “coexist” with the virus that causes covid-19 as restrictions start easing in June, cabinet spokesman Nader Saad said on Thursday (watch, runtime: 11:23). His remarks drew a line under recent comments to the same effect from Health Minister Hala Zayed and Madbouly.

Saad flagged that new requirements may come into effect as restrictions are eased. Among them: face masks are “basically a necessity” now and may be required to access government offices or go to the theatre after the holiday. Businesses that flout maximum capacity regulations and citizens who fail to wear masks when required could face fines of EGP 300-5k as part of an in-the-works piece of legislation, MP Elizabeth Shaker said on state TV yesterday (watch, runtime: 3:00).

The government could still roll out additional measures to support the economy and hasten a recovery, Madbouly said (watch, runtime 2:40). The prime minister noted that the government plans to ramp up by 75% its investment in healthcare and infrastructure in the upcoming fiscal. And it still has dry powder in reserve: The Finance Ministry has deployed only EGP 40 bn of the EGP 100 bn it has allocated to stimulus measures, minister Mohamed Maait said over the weekend. We have more on this front in this morning’s Speed Round, below.

Egypt’s recovery from covid-19 could begin in June — or December, said Planning Minister Hala El Said during a virtual meeting with business leaders, according to a ministry statement. The nature of the pandemic will itself dictate the timeline. The length of the recovery period could vary by industry, she said, but look for agriculture, tech, pharma, and construction to bounce back first, El Said suggested. Finance Ministry Mohamed Maait was also on the interview circuit over the weekend.

When will commercial flights resume? There’s no official word yet, but we got a hint it is on the agenda as the PM toured Cairo International Airport yesterday with the ministers of civil aviation and of information in tow. Madbouly’s visit was to review measures in place to stop the spread of the coronavirus, the domestic press said.

Hotels nationwide are preparing to reopen this coming Friday, 15 May, to domestic tourists. Properties will be limited to 25% of maximum capacity at first and will be required to hire inspectors to ensure they are in compliance with a laundry list of measures, according to Al Masry Al Youm. They would have to bring in Germany’s TÜV NORD, the UK’s Cristal Standards or Spain’s Preverisk Group for quarterly check-ups.

The government is hoping plenty of us will opt to fly instead of driving to Red Sea and Sinai resorts to start generating revenues for domestic airlines including national flag carrier EgyptAir.

News triggers to keep your eye on over the coming days:

PSA- Summer is coming and we’re looking at our first real heat wave of the year. Look for the mercury to gradually rise from 31°C today to 38°C on Wednesday before peaking at 41°C next Sunday.

The only thing we dislike more than Ramez Galal’s Ramadan show: Those who make a spectacle out of trying to censor him. Hats off to the good people at Shahid Law, who for the second year running, beat back an attempt by the self-appointed morality police to have the show yanked off the airwaves. Shahid’s Sameh Atteya and colleagues masked-up and headed to court, where they successfully argued that MBC Group should not be required to pull the show.

So, when do we eat? Maghrib prayers are at 6:38pm and you’ll have until 3:27am to finish caffeinating. Fajr is coming one minute earlier every day through the end of the Holy Month. 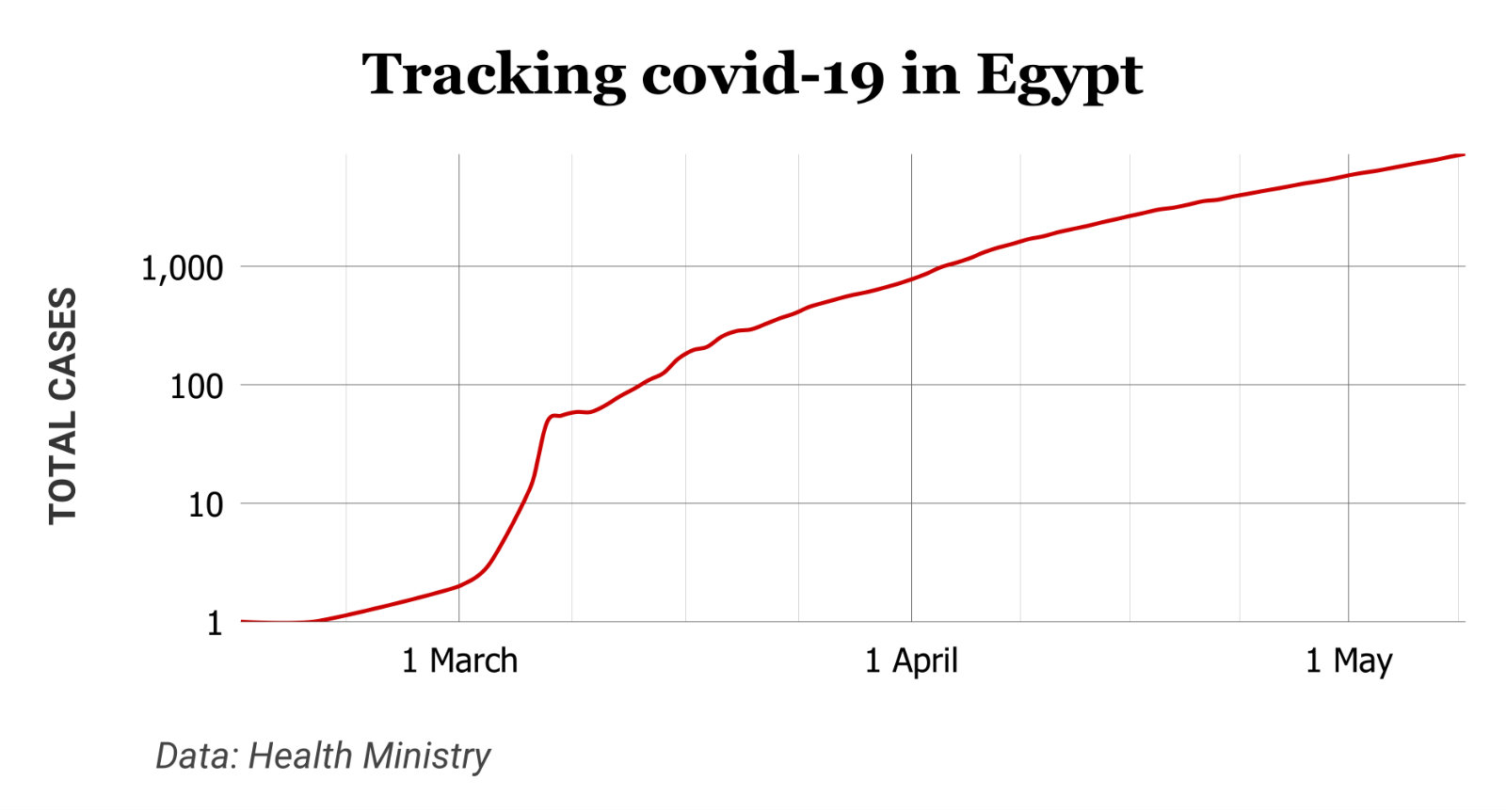 Egypt has now disclosed a total of 8,964 confirmed cases of covid-19 after the Health Ministry reported 488 new infections yesterday. The ministry also said that another 11 people had died from the virus, taking the death toll to 514. We now have a total of 2,476 confirmed cases that have since tested negative for the virus after being hospitalized or isolated, of whom 2,002 have fully recovered.

A total of 30 hospitals will be ready before June to replace the isolation centers, Health Minister Hala Zayed said yesterday evening. The 30 are among some 35 hospitals specialized in fever and respiratory diseases that the ministry is renovating right now. The ministry hopes to phase out isolation facilities and handle cases entirely in designated hospitals.

Egypt has performed 105k PCR tests since the start of the outbreak, the State Information Service (SIS) said in a statement, clarifying earlier remarks by Tag Eldin, who told reporters on Thursday that the government had conducted more than 1 mn tests. The 1 mn figure includes other medical checks to screen for potential infections, the statement said.

We’re buying remdesivir to treat covid-19: Egypt will soon receive a shipment of remdesivir antiviral medication to treat covid-19 patients, Health Minister Hala Zayed announced. Both the US and Japan have approved the use of Gilead Sciences’ medication to treat the virus but the jury is still out on how useful it is. US disease expert Anthony Fauci claimed there is “clear-cut” evidence that remdesivir shorten recovery times, but a study in the noted medical journal The Lancet suggested it provides little significant benefit.

Egypt repatriated some 1,220 citizens from Saudi Arabia, Kuwait, Turkey, Chad, as well as Oman and Sudan over the weekend, according to the Emigration Ministry.

Business lobby group calls on CBE to widen low-interest loan program to services sector: The Federation of Egyptian Chambers of Commerce is lobbying the Central Bank of Egypt to provide low-interest loans to service and retail businesses, Youm7 reported. The CBE currently provides subsidized loans carrying interest rates of between 5-8% to factories, home-buyers, and tourism companies.

Contractors and real estate developers want more government support to help them weather the crisis, according to a cabinet statement. Representatives of the real estate sector have requested that the government allow higher-value properties to qualify for the Central Bank of Egypt’s mortgage financing initiative, while contractors asked for faster, regular payments for work completed on public contracts.

A new post-covid minimum wage for the private sector? The Planning Ministry is looking to introduce a mandatory minimum wage of EGP 2k per month for workers in the private sector after the covid-19 crisis abates, said Deputy Planning and Economic Development Minister Ahmed Kamal, according to Al Shorouk. The announcement came during a House Planning and Budget committee meeting last week when the National Wages Council advised MPs that private sector wages should be no less than EGP 12 per hour or EGP 2k per month.

The European Union has doled out EUR 89 mn to Egypt’s healthcare sector as part of a EUR 1.5 bn aid program to help Egypt, Jordan, Palestine, Morocco and Tunisia respond to the crisis, EU ambassador to Egypt Ivan Surkos told Egypt Today. The funds will be used to purchase medical equipment and train health workers.

More than 4 mn people worldwide are now confirmed to have been infected with the virus that causes covid-19, according to data published by Johns Hopkins University. The global death toll now stands at 277k.

Corona is in the White House: Two White House staff members were diagnosed with coronavirus over the weeked: one of President Trump’s personal valets and VP Mike Pence’s press secretary. The heads of the CDC and the FDA as well as Anthony Fauci — all key members of the committee leading the response to corona in the US — have all said they were “potentially exposed and will be self-quarantining or teleworking for two weeks,” according to the Washington Post.

Europe looks to revive its battered travel, tourism sectors: The European Commission will this week try to persuade member states to guarantee vouchers cancelled due to the pandemic and begin lifting border restrictions to incentivize people to travel, according to a strategy document seen by Reuters. The EU had previously called for a “Marshal plan for European tourism.”

Air passengers arriving in the UK will have to quarantine for two weeks as part of the government’s strategy for avoiding a second wave of the virus, Sky News reports. Similar measures are already in effect in other countries, including Canada.

Little Richard dies at 87: America’s self-proclaimed “architect of rock ‘n’ roll” and genre Hall of Famer Little Richard passed away yesterday at the age of 87. Check out his obit in Rolling Stone. 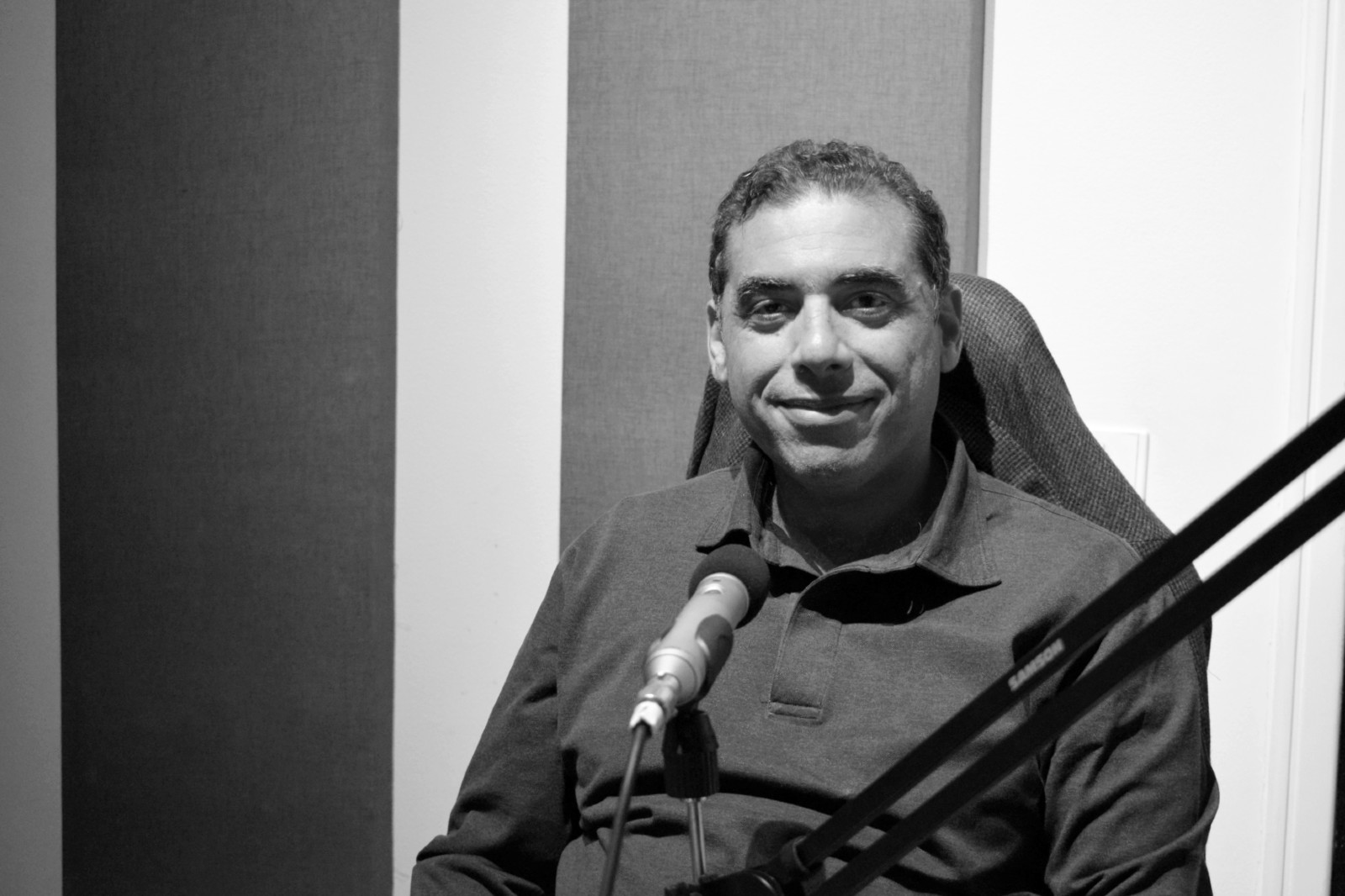 On our podcast this week: Amro Abouesh, CEO and Managing Director of Tanmeyah, who left a comfortable position with Banque du Caire to roll the dice as a founder of Tanmeyah, which has grown from a scrappy startup into the nation’s leading private-sector microfinance player — and prompted just about everyone else in the finance industry to look at how to make money serving the ‘bottom of the pyramid’ in the nation’s economy. Tanmeyah grew as a portfolio company of investment company Qalaa Holdings before being acquired by frontier and emerging markets financial services player EFG Hermes.