A lot of renewables = a lot of investment to drum up 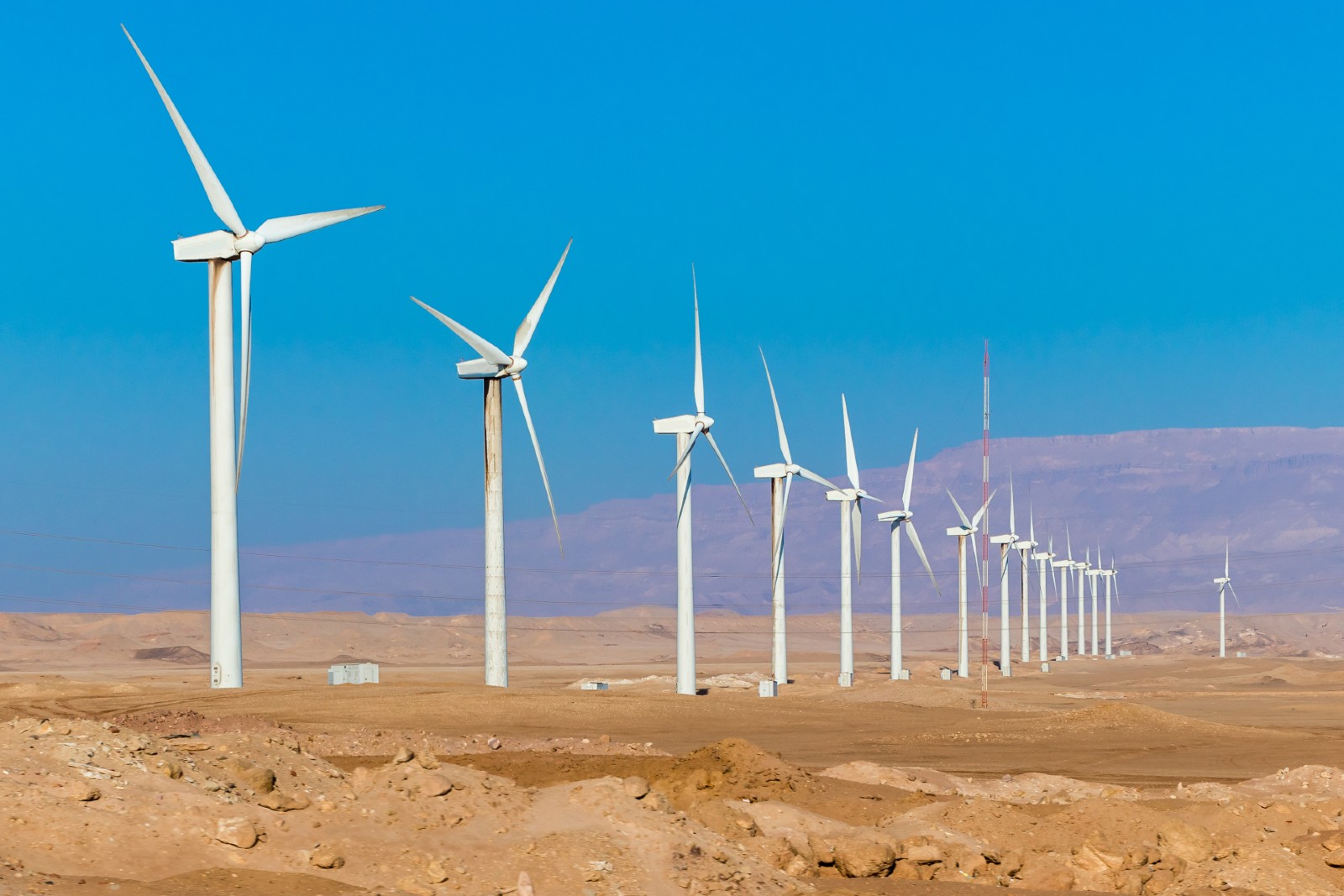 Initial agreements for green hydrogen and wind power projects worth up to USD 119 bn have been signed during COP27, according to figures published in a cabinet statement yesterday. The 28 GW worth of wind power Egypt has lined up will cost some USD 34 bn to put in place, while the nine green hydrogen and ammonia facilities for which we’ve signed framework agreements will cost up to USD 85 bn combined, the statement read.

Who is paying for what? All of the projects are in the early stages of development, so there is no breakdown on how they will be financed yet — and still no public handicapping of which are most likely to attract finance. You can expect most of them to be looking for a mix of funding from development finance institutions (DFIs), multilaterals, banks, and public funds. The climate finance roadmap laid out during COP27 through its Nexus for Water, Food, and Energy (NWFE) program and the Sharm El Sheikh Guidebook for Just Financing will be guides to how policymakers look at the funding question.

There’s also the issue of whether Europe might provide producer subsidies to Egypt for green energy (ammonia and hydrogen in particular) destined for export to the European Union, a question we raised with OCI and Fertiglobe CEO Ahmed El Hoshy in an interview that ran this morning in Enterprise Climate.

DFIs are already stepping up to the plate: Development finance institutions including the European Bank for Reconstruction and Development have already signaled their interest in the newly announced projects, while the US, Germany and other European countries have pledged to provide more than USD 550 mn to support Egypt’s clean energy transition under NWFE, which the Egyptian government launched in July to channel finance into green projects. Agreements signed last week are expected to unlock USD 15 bn from private investors and DFIs to help Egypt decarbonize its power infrastructure, and strengthen its food and water security.

What’s a few GW and bn between friends? In a sign of how quickly this is all coming together for policymakers and business alike, we think the 28 GW figure for wind power should be 29.5 GW — our tracker includes the 1.5 GW offshore farm that GE and EGAS said they will work on together in the Gulf of Suez. On the total investment cost front, the Madbouly government said on Tuesday that the nine green H2 and ammonia plants would need as much as USD 83 bn in investment, not the USD 85 bn they noted yesterday

REFRESHER- Egypt has signed framework agreements for nine green hydrogen and ammonia facilities in the Suez Canal Economic Zone, which would collectively produce up to 4.6 mn tons of green ammonia and 2.7 mn tons of hydrogen a year when fully operational. We have also lined up 28 GW of wind projects in the past week, equivalent to nearly half of the country’s total installed power generation capacity — plus another 1.5 GW wind farm that the Egyptian Natural Gas Holding Company (EGAS), General Electric and subsea robotics firm Seasplit Technologies are currently studying.

What’s next: The government will be working diligently “over the coming period” on signing final contracts for these projects and beginning to execute them, the statement said.

The EU has signed an MoU with Egypt to establish a “strategic partnership” on renewable hydrogen to help support Egypt’s clean energy transition. The agreement will serve as a “framework to support long-term conditions for the development of a renewable hydrogen industry and trade across the EU and Egypt, including infrastructure and financing.” The partnership will help the EU reach its goal of securing a supply of 20 mn tons of renewable hydrogen by 2030, as the EU looks to import “renewable hydrogen and its derivatives” from Egypt. In exchange, Egypt will get help facilitating investment in renewables and accelerating its decarbonization progress, according to the document.

The two sides are setting up an EU-Egypt Hydrogen Coordination Group and will organize a business forum to allow representatives from industry, regulators, financial institutions and experts to lead implementation.

AND EGYPT GETS EU BACKING FOR NWFE PROGRAM

A joint letter of intent was signed between Egypt and the EU for up to EUR 35 mn for energy projects under its Nexus on Water, Food and Energy (NWFE) program, according to a separate statement from Egypt’s International Cooperation Ministry. The funds will be directed to the European Reconstruction and Development Bank (EBRD) to bolster investments in renewable energy and support the transition towards green economy and low-carbon development.

EBRD + Elsewedy team up on technical training: The European Bank for Reconstruction and Development has signed an MoU with Elsewedy Technical Academy to provide technical training at Elsewedy’s new school in the Suez Canal Economic Zone in Ain Sokhna, for workers in green hydrogen, as well as logistics, tourism, and iron and steel sectors. (Statement)

Amreeka is giving us USD 4 mn for climate-focused research: The additional finance comes under the US-Egypt Science and Technology Joint Fund, which aims to foster collaboration between American and Egyptian scientists “to conduct high-impact scientific research and train the next generation of Egyptian scientists and young entrepreneurs in health, agriculture, energy, and water.” (US Embassy statement)