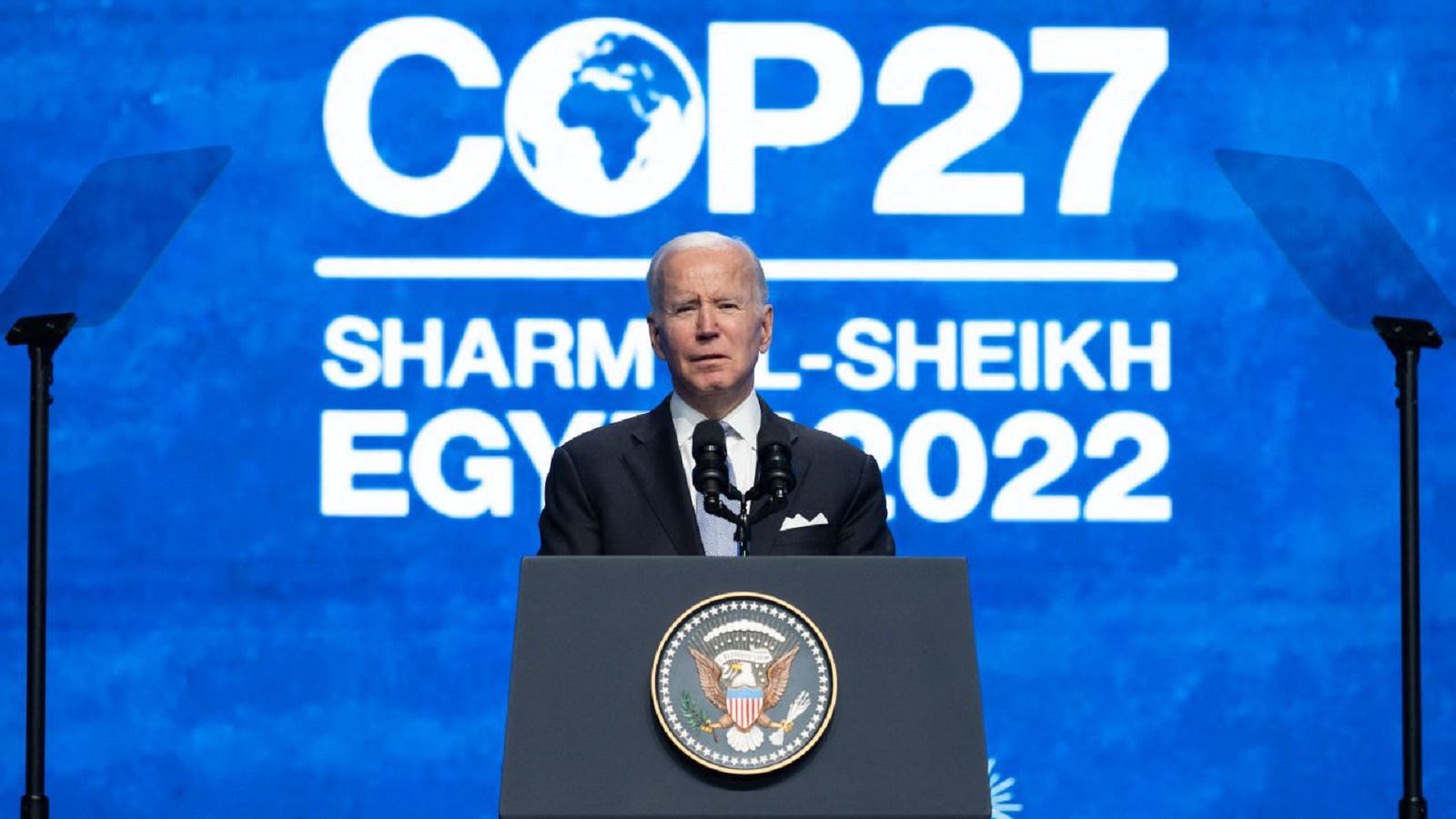 The US, Germany and other European countries have pledged to provide more than USD 550 mn to help Egypt decarbonize its power infrastructure and install new renewable energy capacity. Under a political declaration (pdf) with Egypt announced during President Joe Biden’s visit to COP27 on Thursday, the US and Germany agreed to provide more than USD 250 mn for the energy pillar of Egypt’s Nexus on Water, Food and Energy (NWFE) initiative, which aims to close 5-GW of gas-fired power plants and add 10-GW of new wind and solar energy by 2028.

The breakdown: Of the money pledged by Germany and the US, the equivalent of EUR 100 mn will come in the form of “highly concessional loans,” EUR 100 mn will be in the form of debt swaps, and EUR 85 mn in grants. More than USD 300 mn in grant and concessional finance will come from the European Commission, France, the Netherlands, Denmark, and the UK, as well as donors to the EBRD’s High Impact Partnership on Climate Action.

This brings to more than USD 1.8 bn the total funding for the energy transition we’ve raised in recent days after our friends at EBRD confirmed on Thursday that they have committed “USD 1 bn of private renewable finance, USD 300 mn in sovereign finance and grants of USD 3 mn from its shareholder special fund.”

Now we have to prove we’re serious about meeting our clean energy targets: In return for their support, Egypt has committed “quadrupling its deployment rate,” the EBRD statement quotes US climate envoy John Kerry as having said, adding “we’re going to help them with concessional financing to get the first 10 GWs done quickly and cost effectively.” Egypt will submit a revised NDC by June 2023 and will also consider committing to a net zero greenhouse gas emissions target as well as expand the use of zero-emission vehicles and sustainable public transport.

And as a bonus: The countries will help us save some of our natgas: Germany and the US will also help us capture bns of cubic meters of natural gas that we currently flare, vent, or allow to leak from oil and gas operations. Just how much we’re not quite sure: Biden said 4 bn cbm in his speech but the White House fact sheet says 2 bn cbm.

BACKGROUND- NWFE is expected to draw as much as USD 15 bn in investment under agreements Egypt signed with financial institutions and DFIs last week. It is hoped that the energy component of the initiative alone will receive as USD 10 bn in private investment.

Why Europe is investing here: “Egypt has world-class renewable energy resources and is close to markets in Europe and Asia, giving it the potential to transform its own energy sector and become a global hub for green fuels and products,” EBRD said.

Egypt is among several countries that will receive finance from a new, USD 350 mn platform of the Climate Investment Funds (CIF), according to a statement. The CIF, which bills itself as among the world’s leading multilateral funds for climate action in emerging markets, said its CIF Nature, People and Climate investment platform will “finance nature-based solutions to the climate crisis” in countries including Egypt, Kenya and Fiji.

Who’s kicking in the money? Italy, the UK and Sweden have provided more than USD 350 mn to the CIF’s Nature, People and Climate platform, which in Egypt will deploy the funding to “promote sustainable agriculture along the Nile River.

Wait, what’s the CIF? The USD 8 bn CIF, which includes sub-funds on clean tech, forest, scaling up renewable energy, and climate resilience, is a “multi-donor trust” and since 2008 has been “the only multilateral climate fund to work exclusively with multilateral development banks as implementing agencies.”

When will the funding be available? Egypt and others are expected to start with preparing investment plans against accessible financing, with implementation expected to begin as early as 2023, the statement said.

EBRD is giving funding to QNB Al Ahli to onlend to youts, green economy The EBRD signed over the weekend an agreement with QNB Al Ahli to extend a USD 20 mn loan for onlending to MSMEs led or owned by folks 35 years or younger, it said in a statement. The EBRD and EU also signed a separate agreement with QNB Al Ahli under the lender’s Green Economy Financing Facility (GEFF) to provide EBRD funding to “private sub-borrowers, including companies and MSMEs, for green investments, such as renewable energy and energy efficiency projects.” The statement does not clarify how much fresh funding it will provide under the GEFF, but noted that the new financing will bring the total amount the EBRD has provided to QNB Al Ahli for on-lending to green projects to USD 185 mn.