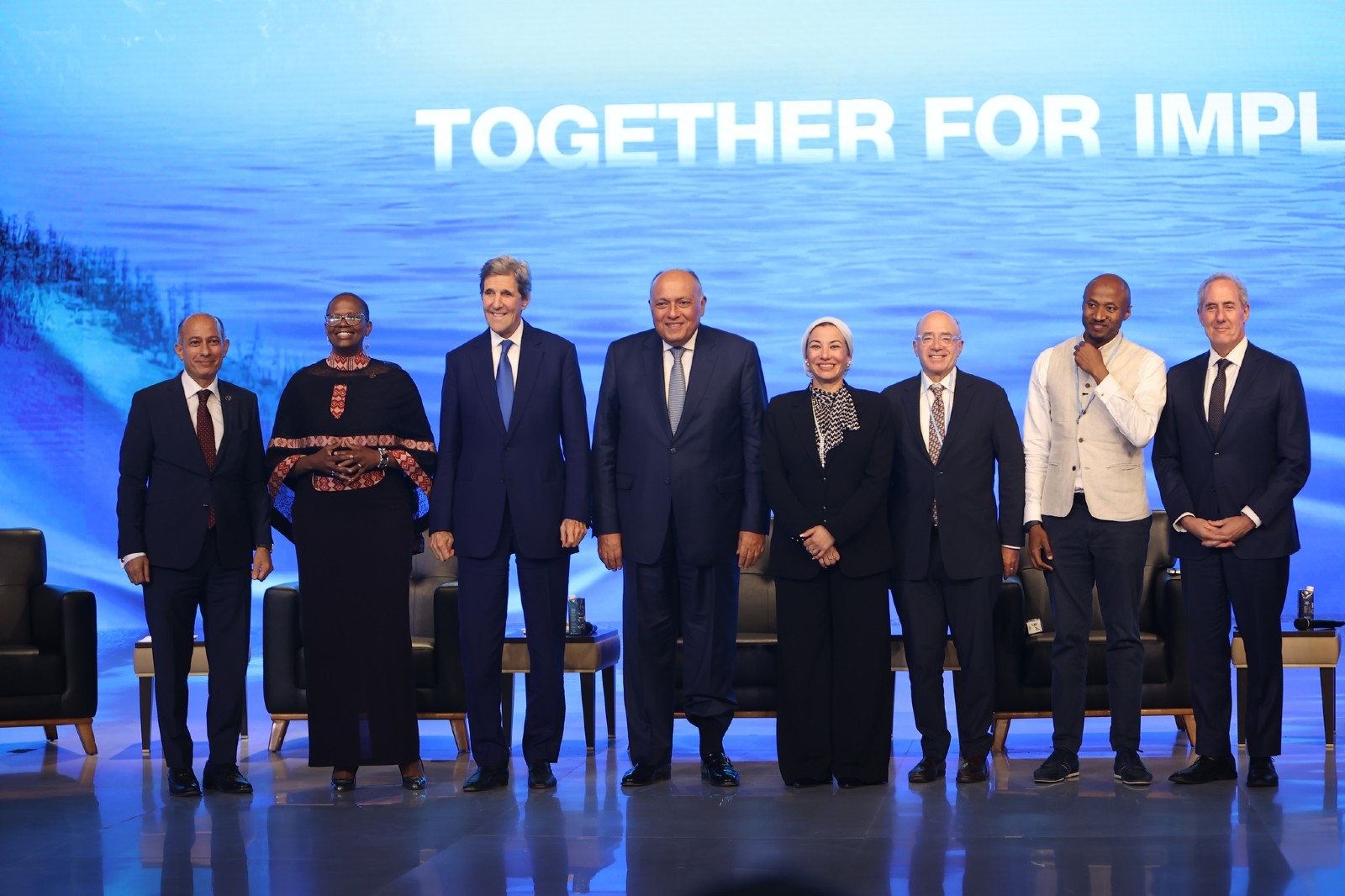 Egypt launches guide to “Just Financing,” to boost multi-stakeholder partnership and unlock private sector climate finance: The International Cooperation Ministry launched last week the Sharm El Sheikh Guidebook for Just Financing (pdf), in cooperation with a host of international development partners, according to a ministry statement. The guide was developed over the course of year-long consultations with over 100 partners — government representatives, DFIs, the private sector, commercial and investment banks, climate finance funds, think tanks, and nonprofit organizations, the statement notes.

A focus on practicality and collective action: The guide offers a practical roadmap to unlock innovative financing mechanisms through multi-stakeholder participation, information sharing, and strengthening technical capabilities to create a pipeline of bankable climate-friendly projects. In the short-term, it aims to increase efficiency and equity in global climate finance structures. Long-term, it seeks to catalyze a rethink of these structures.

Just Financing — the guide’s key theme — is a distinct “finance-specific concept” similar to the idea of climate justice, but more focused in scope, it says. It’s a “process-oriented” approach that seeks to direct energy transition mechanisms towards sustainable economic growth, while “avoiding negative distributional, equity and climate impacts.”

US President Joe Biden doubled down on climate change warnings during his speech at COP27, saying that “the very life of the planet” is at stake, as he made new pledges that aim to support the world’s fight against climate change. The US doubled its pledge to its “adaptation fund” for poorer countries to USD 100 mn, and pledged a further USD 150 mn to support climate change efforts in Africa. Biden also promised the US will meet its emissions targets by 2030, after unveiling a plan to cut methane emissions from its oil and gas industry to 87% below 2005 levels by 2030.

Biden’s speech got a lot of play in the foreign press: Financial Times | WSJ | CNN | Washington Post | The Guardian | NYT.

Egypt among countries agreeing on a plan to cut industrial emissions: Countries accounting for half of the global economy have set out a year-long plan to cut industrial gas emissions at COP27, according to a United Nations Framework Framework Convention on Climate Change (UNFCC) statement. Countries including the US, Germany, Japan, Canada, and Egypt have agreed on 25 “priority actions” to be unveiled at next year’s COP28 in the UAE to help cut emissions across power, transport, steel, hydrogen and agriculture. Countries involved will form coalitions that ensure the delivery of the priority agenda items, the statement said. Reuters also picked up the story.

Egypt launched a program with engineering giant Bechtel to “decarbonize existing oil and gas facilities” in Egypt as part of a new private-public decarbonization coalition, according to a statement from the COP27 Presidency (pdf). Egypt currently has 126 energy efficiency projects in action and has invested some USD 2.4 bn in decarbonization, which are saving around 7 mn tons of CO2 per year, according to the statement. Egyptian LNG (a joint venture between EGAS, EGPC, Shell, and Petronas) also tapped a Bechtel-led coalition to conduct feasibility studies on using a zero-flaring system at the Idku liquefaction plant, Bechtel said in a statement.

Ryp Labs, Earthly, and Koltiva took home the USD 100k, USD 50k, and USD 25k awards, respectively, after pitching their businesses among 15 finalists selected as part of the Climatech Run competition during COP27, the US embassy in Egypt said in a statement. The top two African startups also received investments: Cameroon-based BleagLee took home USD 50k while South Africa’s LiquidGold received USD 25k. The startups will also participate in an acceleration program. The competition was supported by our friends at USAID through their Business Egypt program.