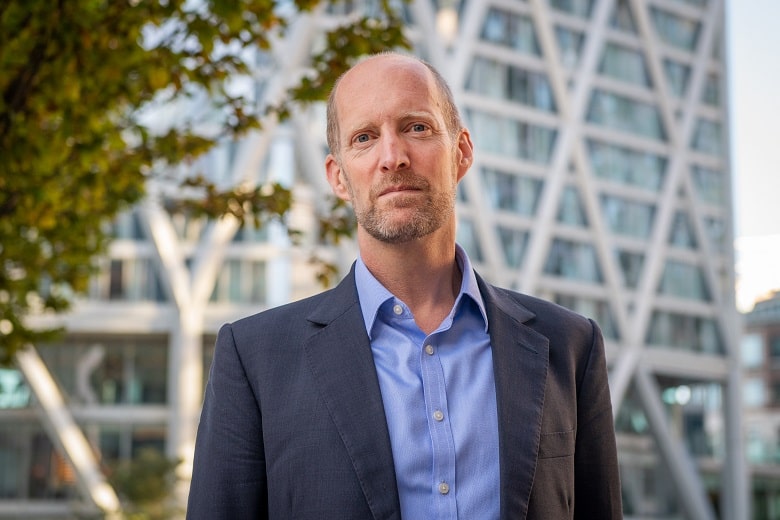 Enterprise Climate CEO Poll- Harry Boyd-Carpenter: With just a few days to go until COP27 winds down in Sharm El Sheikh, Enterprise Climate and EnterpriseAM is continuing its inaugural Climate CEO poll. Our series of interviews with top C-suite execs and business leaders covers key issues being raised at the summit, including climate finance, regulation, and the green economy.

Harry Boyd-Carpenter (LinkedIn) is the managing director of climate strategy and delivery at the London-based European Bank for Reconstruction and Development (EBRD), one of the world’s largest multilateral development banks and the organization leading the energy pillar of Egypt’s Nexus on Water, Food and Energy (NWFE) initiative, which aims to add 10 GW of renewable power generation capacity and wind down 5 GW of gas-fired power plants by 2028. We talked to Boyd-Carpenter about the bank’s role in NWFE, and why the lender is placing importance on developing Egypt’s renewable energy sector.

“The basic premise of NWFE is that Egypt is a green energy superpower,” Boyd-Carpenter tells us. “In the world we are going into, anybody who has lots of windy, sunny desert is a superpower in a way that, historically, anybody who had lots of oil and gas was a superpower. The one thing you want in the emerging, decarbonized economy is huge quantities of low-cost renewable electricity, and Egypt is incredibly well positioned to have that.”

NWFE is designed to help the country capitalize on that superpower potential, Boyd-Carpenter says. The obstacles to upping renewables capacity include a lack of investment in the national grid, and how to manage the surplus created by existing gas-powered plants, he explains. “It makes sense for Egypt to start closing those plants because this will result in cheaper electricity, and additional gas that can be used for export,” as well as helping to cut our carbon emissions and conserve water.

Conditions are ideal for private-sector investment: Support from international partners including the US and European countries, combined with the government’s pledge to look at adopting more ambitious renewable targets in an agreement on NWFE announced at COP, have set the stage for an influx of flows from the private sector, he predicts. “What you've got here is you've got everybody coming to the party,” he says. “I think that most of the USD 10 bn in investments needed for this pillar can come from the private sector.”

When it comes to climate finance, balance is key — and each project demands a tailored approach. Renewable energy “can largely be financed with private money because it's a highly competitive, well-understood technology,” while adaptation “needs significant public support, because it's very hard to monetize adaptation benefits.” Green hydrogen projects fall somewhere in between — they can largely be financed with private money, but need some public support because the product is still not competitive, Boyd-Carpenter says. “You need a balance, and you need to tailor the financing instrument to the project and the product you're trying to sell.”

“You have to look at the picture holistically,” he adds. “It's no good setting it up so that multilateral development banks (MDBs) can lend a lot of money to a project if there's no demand for that money or if there's fiscal constraints.” NWFE exemplifies this holistic approach. Public money for the transmission network and to close old plants will create space in the sector to generate new energy with the help of USD 10 bn private money. “If any one of those components is missing, none of the others will work,” Boyd-Carpenter says.

The lender is eyeing several renewable energy projects in Egypt: EBRD is an investor in Infinity Power and so is looking at their 200 MW Ras Ghareb wind farm, and at the 1.1 GW ACWA Power wind project, Boyd-Carpenter says. Financing for the newly announced 28 GW worth of wind projects could also be on the table, though no agreements have yet been made since the projects are at a very early stage, Boyd-Carpenter says. “We financed Lekela’s West Bakr wind farm, and are involved in Orascom Construction, Engie and Toyota Tsusho’s in-progress 500-MW facility. People come to us before they come to anyone else. We hope we can make them a good offer.” The lender is also helping the government tender off more of the 350 MW of unutilized capacity at Benban solar park, Boyd-Carpenter tells us.

The EBRD will continue to make midstream oil and gas investments but “only where we think it accelerates decarbonization,” Boyd-Carpenter says. “The obvious cases for that are countries which have a lot of coal, because if you’re going to get off coal, especially if you're using it to generate heat, you’re going to go to gas. There's a middle ground, which is really tricky. We have a whole methodology that helps us think through that problem. We look at things like, is there a low-carbon pathway? Is there a lock-in risk?”

The bank wants to invest EUR 1 bn a year in Egypt but it could do even more if it finds the right project, Boyd-Carpenter says. “We at EBRD are private-sector led. We don't necessarily say it publicly, but we're opportunistic. Often, we'll finance a project in November that we didn’t even know about in January, because it will come up during the year and we have the flexibility and the agility to jump on it.”