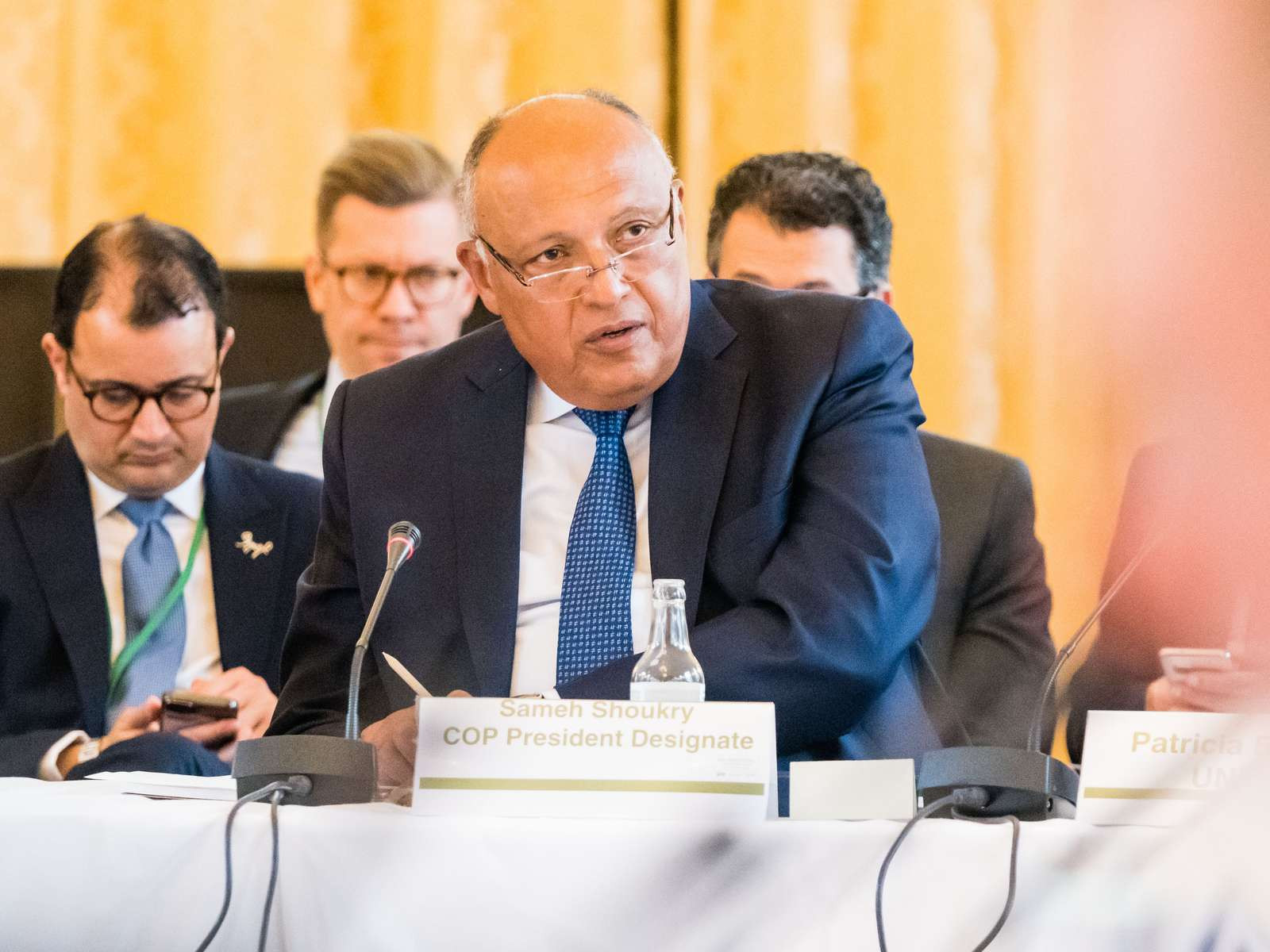 Egypt will announce its revised national targets to cut greenhouse gas emissions within weeks, Foreign Minister and COP27 President Sameh Shoukry said during a press conference (watch, runtime: 28:32) following a two-day meeting of climate leaders in Copenhagen. This could make Egypt among the first to declare its revised nationally determined contribution (NDC) after countries agreed during COP26 last year to strengthen their climate targets ahead of this year’s edition of the UN’s landmark climate conference, which will take place in November in Sharm El Sheikh.

Shoukry called on countries to follow Egypt’s lead and announce their climate targets. The vast majority of countries have yet to submit an enhanced target since COP26, David Waskow, a director of the non-profit World Resources Institute, told Reuters.

Will we get hard figures? The last NDC we submitted was in 2017 and it did not include binding targets for specific emissions reductions. While we have signed onto the original Paris Agreement and the updated COP26 pledge, Egypt did not meet a deadline to submit its updated NDC last year for COP26 and has in the past lagged other countries in submitting climate targets, Waskow said.

The target we do have: The government has set an ambitious goal of seeing 42% of the country’s electricity generated from renewable sources by 2035. Despite efforts made to reduce emissions, we still rely on fossil fuels for 91% of our electricity production (some estimates put the percentage even higher). Egypt contributed 0.67% of the planet’s annual carbon dioxide emissions, or 329.4 mn tons, in 2018.

ALSO FROM THE MEETING- Egypt signed an MoU with Denmark to boost bilateral relations, in a meeting between the two countries’ foreign ministers that also touched on cooperation for COP27, according to a cabinet statement. Foreign Minister Sameh Shoukry was in Copenhagen for climate talks ahead of the Sharm El Sheikh conference in November (more on that in this morning’s newswell, above.)

Investments worth USD 10 bn lined up for green energy

SEPARATELY- We’re getting (unspecified) support from the UN for structural reforms. The Planning Ministry has signed a declaration of intent with the UN to support the implementation of the country’s structural reform program, according to separate statements from the ministry and the UN.