Can a green future be good for both people and the planet? 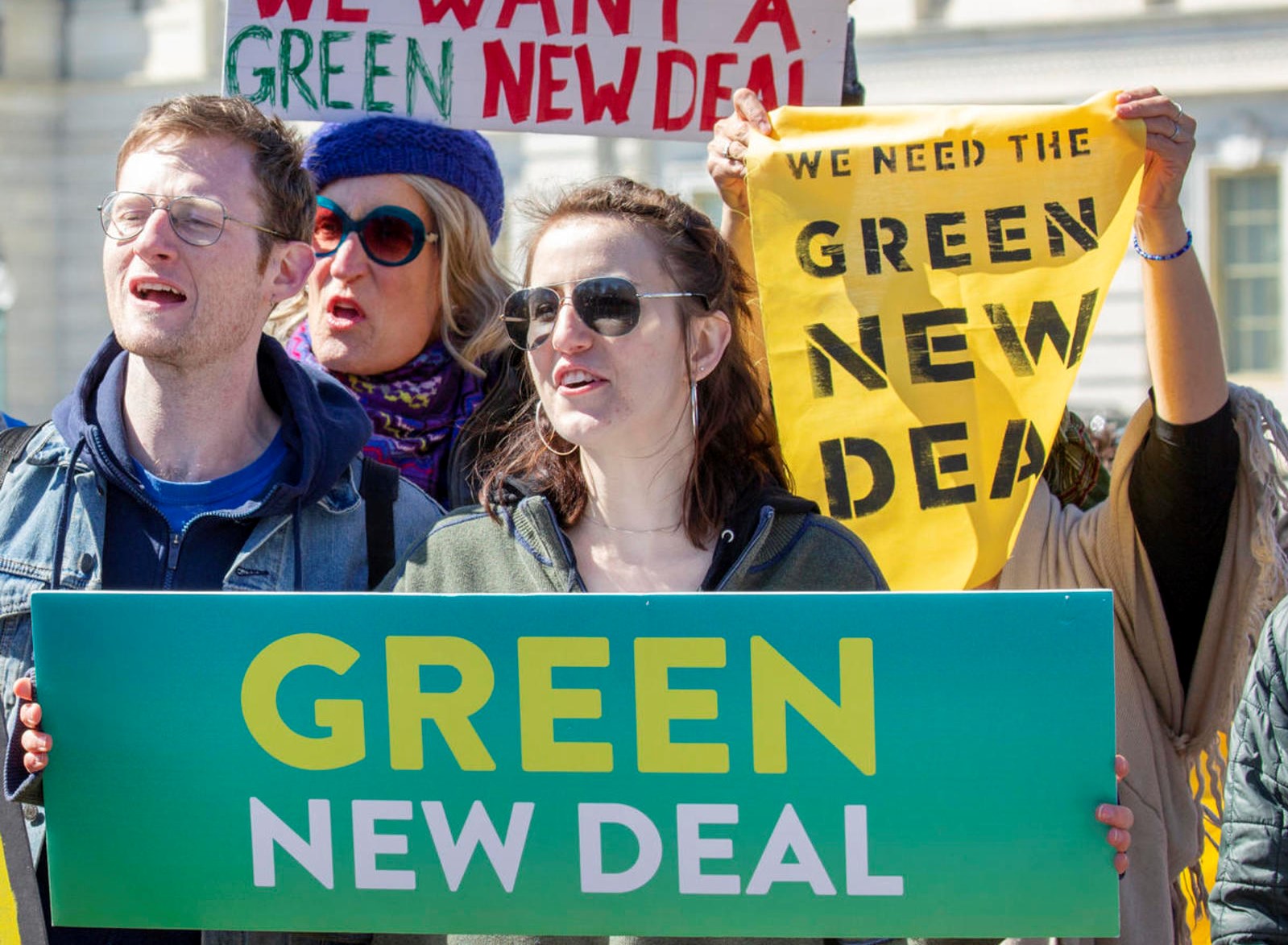 The green transition is picking up momentum, with left-wing politicians in the developed world increasingly calling for climate change mitigation and a move away from non-renewables. While such a “Green New [Plan]” — which borrows its name from a series of progressive policies and projects enacted by the late FDR in the US between 1933 and 1939 — sounds promising, large scale reforms must always be mindful of one thing: people, Leke Oso Alabi writes for the Financial Times.

(Editor’s note: The word we want to use instead of “plan” — which starts with a “d” and rhymes with “seal” — drives the spam algos crazy.)

Transitioning away from fossils usually upends entire industries that employ mns or bns of people, so it’s not the smoothest of roads. One only need look at 1980s England, when then-PM Margaret Thatcher shut down the coal mining industry, leaving entire communities in shambles. And across the pond, former US President Donald Trump made promises to resurrect the coal industry — which had already been struggling for years — as one of the focal points of his presidential platform, tapping into a significant voter base. He did not fulfill that promise, leading to further disgruntlement among coal miners.

Over in Omm El Donia: Like much of the world, Egypt is heavily reliant on hydrocarbon-based fossil fuels, with renewables only accounting for 3.4% of the country’s energy in 2019. The government is working on winding down fossils’ contribution to the energy mix, and has set an ambitious goal of seeing 42% of the country’s electricity generated from renewable sources by 2035. By 2022, authorities are planning to have authorized 2.4 GW worth of renewable energy projects that would cost a combined USD 1.5 bn. Several new projects will also be funded through the USD 750 bn green bond issuance Egypt closed in September 2020, when it became the first country in the region to sell climate-linked debt.

Can we have a green transition without the upheaval? More green energy would “supercharge” the world’s hopes to curb emissions, but it would also mean jobs will be made redundant and thousands of workers will need to be retrained, says Alabi. “There’s no way of eliminating all losses and all transition costs — social as well as economic,” former Greek Finance Minister Yanis Varoufakis, a politician heavily on the green side of things, told the salmon-colored paper.

One solution is a UBI: In Europe, a Green New [Plan] would be a large-scale program involving massive spending that could cost the economy nearly 5% of GDP every year, Varoufakis said. This could be funded through green bonds issued by a public investment bank and would include a universal basic income (UBI) for workers exposed to job loss.

Central banks also play a crucial role as they’re the first line of defense against the risks environmental degradation poses to global financial stability. So far, major monetary policymakers have erred on the side of caution. Through the Network for Greening the Financial System, the world’s top central banks identified nine specific ways policymakers can make monetary policy greener. This is the furthest central bankers have come in their contribution in the fight against climate change, but it’s still no more than a toolkit of suggested actions including more green asset-purchase programs and greener lending schemes and a set of basic risk-management practices they should be doing anyway. The real game-changer (i.e. central banks directly acting to contribute to decarbonization) needs to be based on broader political backing, and this is still in the works, the FT suggests.

Norway sets a good example: Local financial institutions in the Scandinavian country are being offered access to climate change risk measurement tool PACTA at no charge with the support of their government, Bloomberg reports.