How bad are Egypt’s GHG emissions? 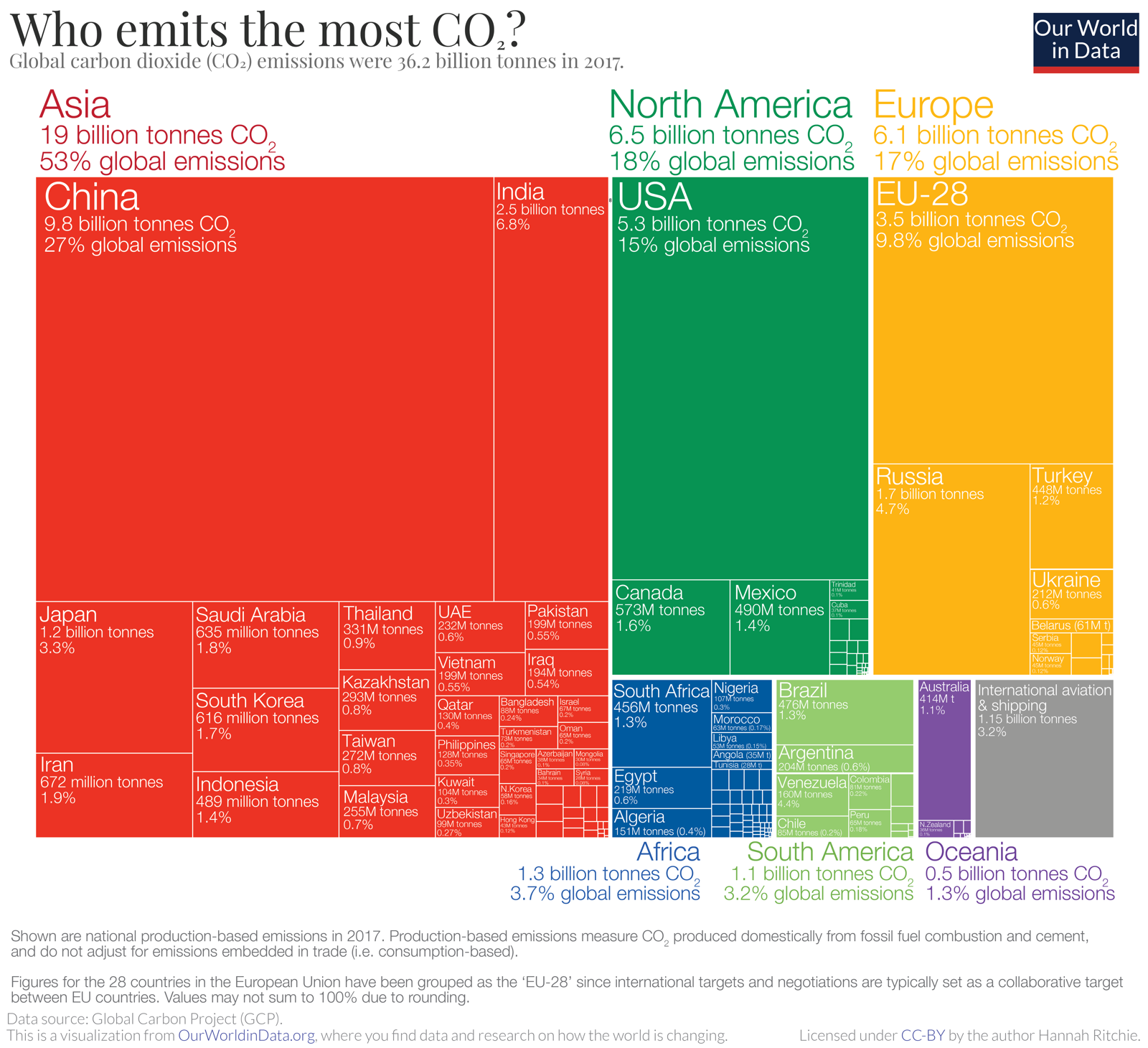 Who are the world’s biggest emitters of greenhouse gases? Ahead of the COP 26 climate conference in Glasgow next week, the Financial Times has put together a neat searchable dashboard comparing the emissions and climate pledges of 193 countries, using data from Climate Watch and the International Energy Agency. Five countries — China, the US, India, Russia and Indonesia — together account for 50% of annual carbon dioxide emissions, with China alone contributing 23.9%, or 11.7 bn tons in 2018, according to the data.

Where does Egypt stand according to the FT? We came in 28th, contributing to 0.67% of annual carbon dioxide emissions, or 329.4 mn tons, in 2018. Despite the efforts made to reduce emissions, we still rely on fossil fuels for 91% of our electricity production (other estimates put the percentage even higher). Like China, we haven’t submitted legally binding targets on cuts as Paris Agreement signatories, but the government has set an ambitious goal of seeing 42% of the country’s electricity generated from renewable sources by 2035.

Another visualization of similar data (covering just CO2) is in the image above — and it’s pretty stunning when you look at it in full detail (tap or click here for the full resolution version from Our World in Data.)

The UN wants countries to be a lot more ambitious when it comes to climate: Countries signed up to the Paris Agreement were asked to up their goals for reducing emissions ahead of COP 26. The US is now promising to cut net emissions by 50-52% from 2005 levels by 2030, but that will still leave it as the world’s biggest emitter by capita. China, meanwhile, says it intends for carbon emissions to peak around 2030 and reach net-zero by 2060, though it is yet to make the target legally binding. Greenhouse gas concentrations hit an all time-high last year: without action, at the end of the century emissions will likely be far in excess of the Paris Agreement targets of 1.5 to 2°C above pre-industrial levels.

Oil and gas multinationals are, predictably and rightful, in the hot seat: ExxonMobil, BP, Chevron and Shell executives will face a committee of US lawmakers on Thursday amid allegations by investigative reporters that they knew their products were driving climate change decades ago but chose to downplay or deny it, Axios reports. Lawmakers will be looking to figure out whether and to what extent top executives tried to mislead the American public on the existence of climate change and its human causes.