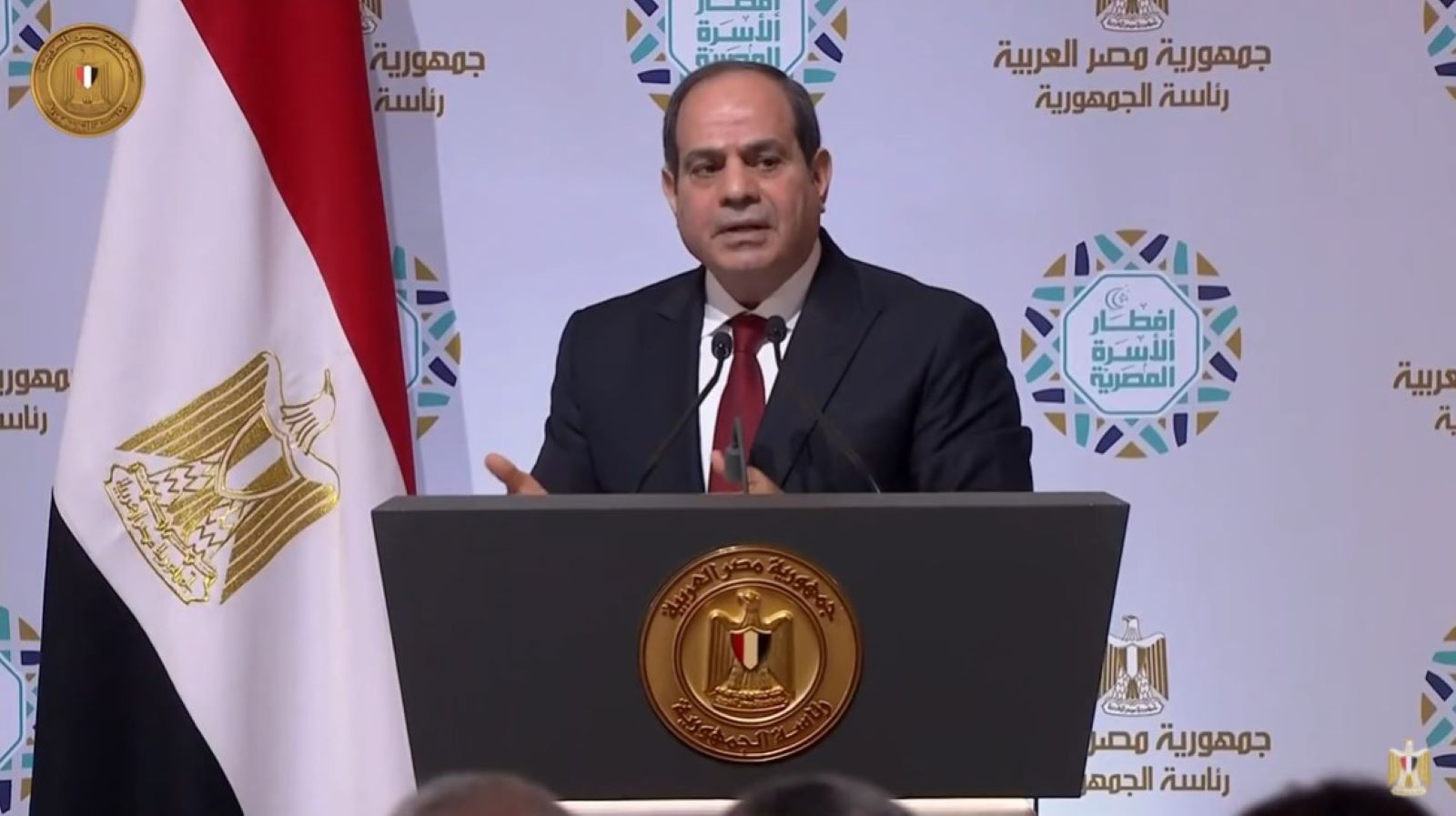 The state wants to attract USD 10 bn in fresh investment annually over an unspecified four-year period by opening the door to “private sector participation in state-owned assets,” President Abdel Fattah El Sisi said in a televised speech yesterday at the Egyptian Family Iftar event. You can catch the full speech here: (watch, runtime: 1:00:25). El Sisi did not offer further details in the speech, which is getting wide attention in the domestic press as well as a pickup from Reuters.

The president also used the speech to direct the Madbouly government to list military-owned firms on the EGX by the end of this year. Smart money is on bottled-water maker Safi and filling station operator Wataniya, which are currently being prepared for public or private offerings before summer, Sovereign Fund of Egypt chief Ayman Soliman said earlier this week. El Sisi also wants to see the government offer for sale stakes in other state-owned companies that have no military shareholders.

LOOK FOR MORE DETAILS as early as next week after Eid: The government is set to announce its strategy to privatize state-owned firms and boost private-sector participation in the economy at a press conference after the Eid El Fitr holiday.

What to watch for: The government has previously signaled it will bring new assets to market, including fresh IPOs; sales of additional stakes in already-listed, state-controlled companies; and shares in military-owned companies — and had hoped to sell shares in as many as ten state-owned companies on the EGX in 2022, before Russia’s invasion of Ukraine upended the global economy.

ON A RELATED NOTE- The Madbouly gov’t wants state institutional investors to pour more into the EGX, particularly through pension and ins. funds, according to a cabinet statement. Prime Minister Mostafa Madbouly said the move would boost liquidity and bring more foreign investment to the bourse. The PM was quoted after meeting with EGX boss Mohamed Farid, public and private pension and ins. fund managers, and representatives of other government agencies.

What to watch for: Fund managers are set to receive guidance on how to up their EGX investments and the advantages of doing so, the statement read. Earlier this year, Sovereign Fund of Egypt (SFE) CEO Ayman Soliman said that pushing ins. funds’ investments in EGX-listed stocks to 10% could “revive” the market.

BACKGROUND- The Madbouly government has been looking for years now to sell state assets as part of a revived privatization program, but has run into obstacles including a global selloff from emerging markets (2018 and into 2019) and then covid (2020, 2021). It has managed so far to sell an additional stake in already-listed Eastern Company, the state tobacco monopoly, and successfully took fintech and payments company e-Finance to market last fall.