…and that’s a wrap on what has felt like a particularly long Wednesday, ladies and gentlemen. We’ll be back in your inboxes tomorrow morning to wrap up the workweek. In the meantime, the big theme here at home today is infrastructure, infrastructure and infrastructure.

#1- Egypt and Greece will take an important step towards linking their energy grids tomorrow when the two countries are set to sign an agreement to build a subsea cable as part of the EuroAfrica Interconnector project.

#2- The buildout of Egypt’s first 660 km high-speed rail line is “on the fast track,” Siemens Mobility CEO for the Middle East and Africa Leon Soulier says.

#4- Another day, another IMF report: Egypt’s budget deficit is still expected to narrow by the end of the current fiscal year, but will shrink at a slower pace over the next several years than previously expected, the IMF says in its latest Fiscal Monitor Report.

A fire that broke out in a section of the Gouna Film Festival Plaza earlier this morning is now reportedly under control. There were no reports of deaths by dispatch time, but 14 people were treated for smoke inhalation, including eight who were hospitalized, according to a Health Ministry statement. The festival, which opens tomorrow, is set to proceed as planned, Orascom Development Holding Chairman Samih Sawiris said. The fire only affected the festival’s party venue, which is expected to be restored by tomorrow, according to Sawiris.

Across the pond, the G20 Meeting of Finance Ministers and Central Bank Governors was getting underway in Washington, DC as we hit “send” on this afternoon’s issue. On the agenda: Formally endorsing the landmark OECD international tax agreement ahead of the G20 leaders’ summit in Rome at the end of the month. Egypt signed on to the agreement — which would see the introduction of a minimum global corporate tax rate of 15% — back in July. The G20 sitdown comes as the IMF and World Bank annual meetings continue, also in DC.

European markets are in the green afternoon — and Wall Street is now set to follow suit in a reversal of what the fates futures suggested this morning. The Dow, Nasdaq and S&P are all looking to break a three-day losing streak. The DAX 30, CAC 40, Stoxx 600 and FTSE all broke into the green, clawing back losses as CNBC says a run of strong earnings report boosted sentiment.

The question now: How will markets react to news that US inflation accelerated in September to 5.4% as both supply and labour shortages continued to drive up prices. The WSJ suggests the inflation data, out just minutes ago, suggests that “it looks like some of these supply-chain and inventory challenges are going to stick with us for a bit longer—at least through the rest of this year.” And that’s before rising oil prices this month are thrown into the mix as the global energy crisis rings bells in the US.

Biden’s solution to the supply-chain crisis? Get (private sector) workers to clock more hours. The White House has secured promises from Walmart, UPS and FedEx to move to a 24-hour schedule in an attempt to ease the supply-chain squeeze in the run-up to Christmas, a senior US official told the FT. The move comes as the US government steps up pressure on the private sector to solve a growing mismatch between supply and demand that could exacerbate inflationary pressures, imperiling Biden’s Democratic Party ahead of next year’s midterm elections.

One reason it may not work: Labor shortages are a major contributor to the supply squeeze, with transport industry heads warning of a mass exodus on the back of a humanitarian crisis in conditions for workers in the sector.

For the iSheep among us: Apple thinks EarPods could become health devices and is studying whether its earbuds could serve as “hearing aids and include an in-ear thermometer and posture warnings,” the Wall Street Journal reports in an exclusive. 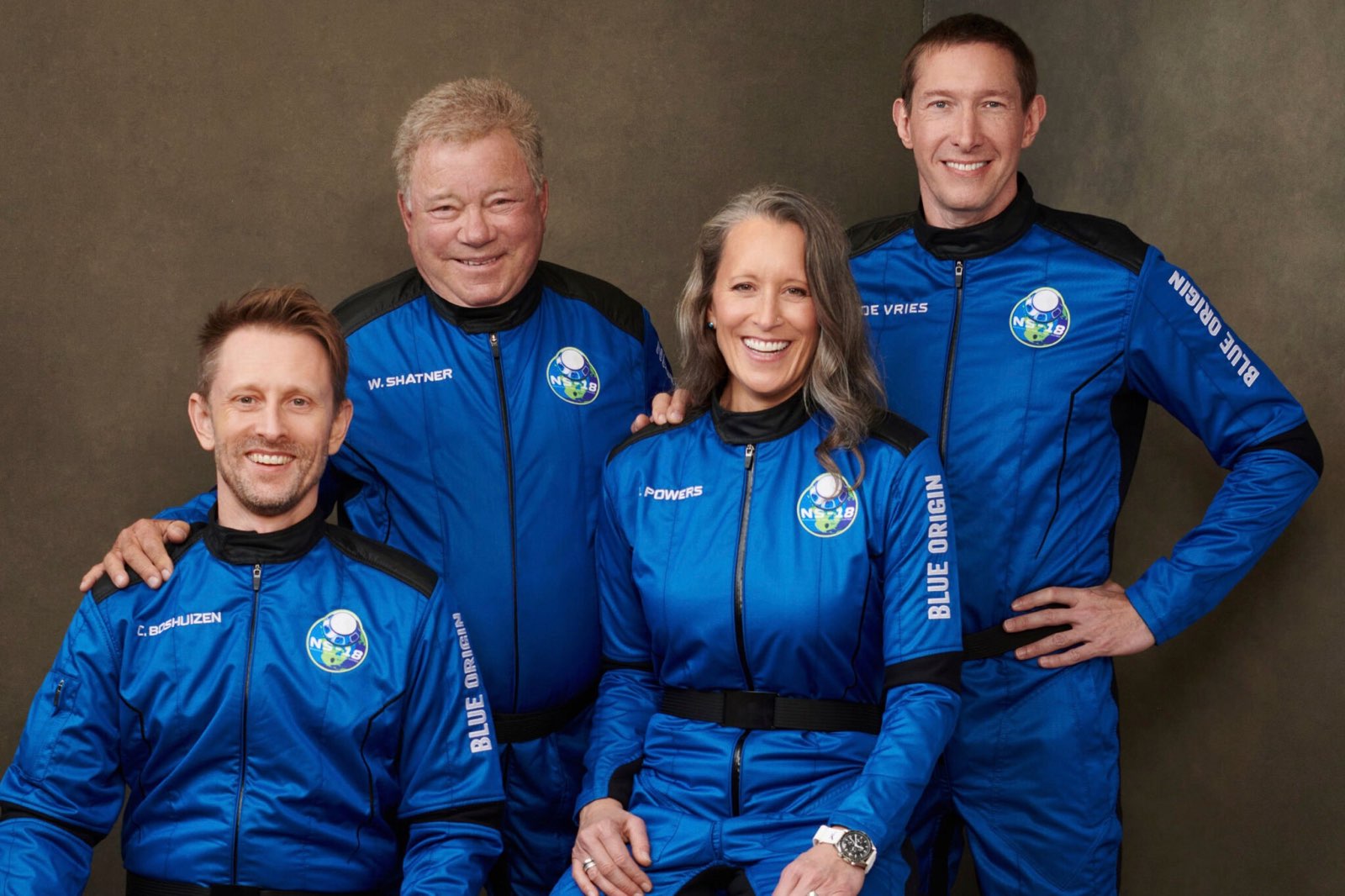 ALSO- Jeff Bezos is going to shoot the original Captain Kirk to the edge of space later this afternoon. Actor William Shatner will be one of four people on a Blue Origin space tourism flight that is set to launch at 4pm CLT. Shatner is 90 years old — what could possibly go wrong? The New York Times has a live blog up if you’re curious and / or feeling a bit ghoulish.

Your company isn’t the only one that feels a little bit messed up right now: Everyone in business is dealing with 580-some days of messed-upednes between the stresses of covid-19, working from home, pressure to return to the office — and now supply chain disasters and a brewing global energy shortage. The latest reminder? America’s Southwest Airlines has had to cancel more than 2k flights in the past few days. Not because of bad weather, but because its staff are stretched thin and feeling the stress as management confronts crisis after crisis.

We’re within arm’s reach of our next long weekend: ​​​​The Prophet Muhammad’s birthday falls on Monday, 18 October. We expect a three-day weekend starting Thursday, 21 October. Look for confirmation from the cabinet toward the end of the week.

El Gouna Film Festival is kicking off tomorrow and will run until 22 October. This edition of the event promises to bring together a selection of international narrative, documentary, and avante garde films and you can check out the full program here.

Calling all entrepreneurs in Egypt: You have one month to apply for the acceleration exchange program Meet Silicon Valley, which will take a group of entrepreneurs to California for a 10-day program to meet with tech executives and investors. The program is being implemented by Injaz Egypt and TechWadi with the support of the US Embassy in Egypt. Startup founders must be between the ages of 23 and 35 to be eligible for the program — the full criteria and program details can be found here.

Conference season ratchets up this month, with a number of exhibitions and business events here and throughout the region taking place this week, including: