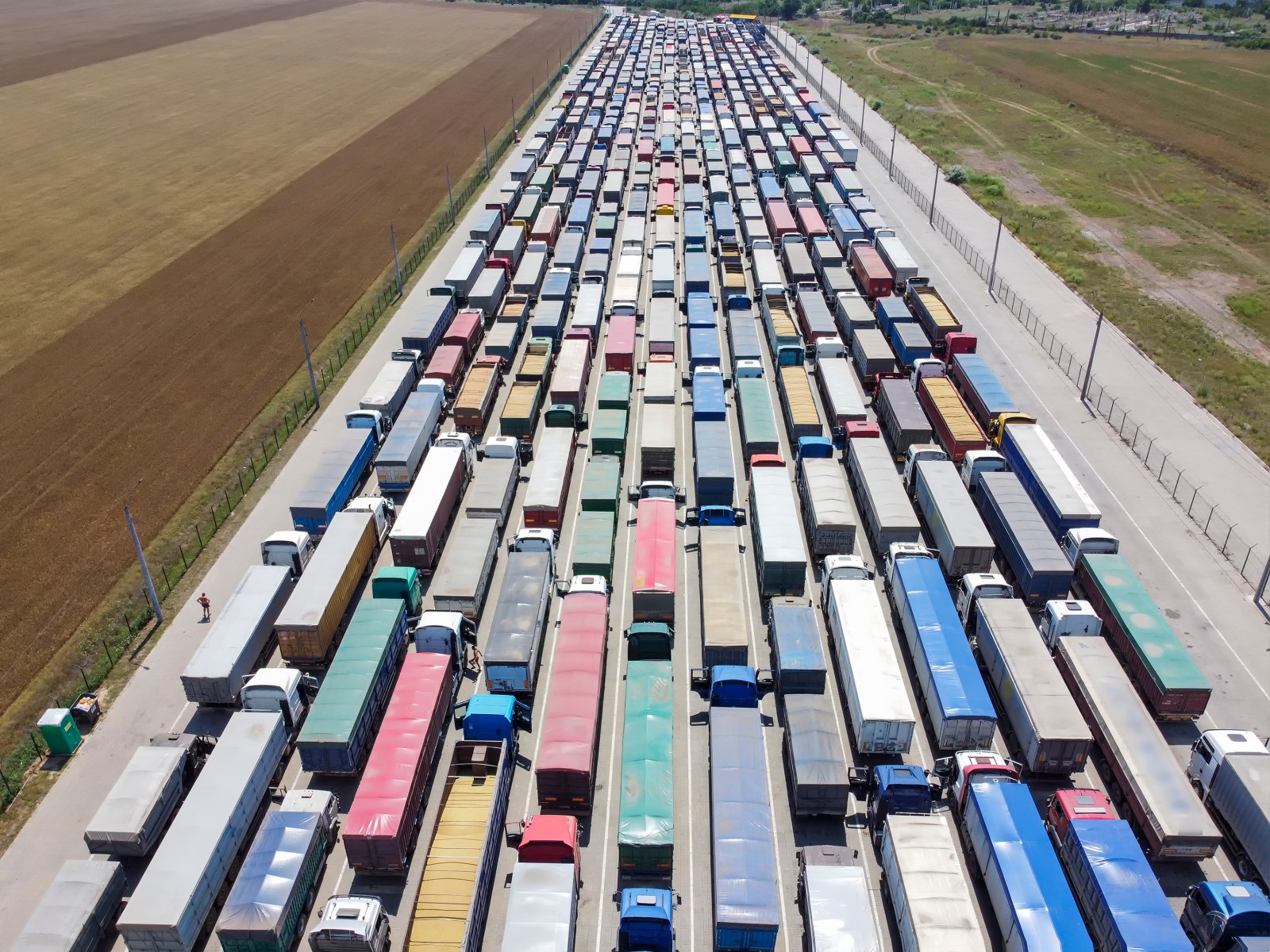 Pandemic restrictions on workers threaten a supply-chain collapse: Travel restrictions and contradictory testing and vaccine mandates have put a huge strain on transport workers, according to a coalition of transport companies representing over 65 mn workers worldwide. In an open letter to delegates at the UN General Assembly in New York last Wednesday, the major global shipping, trucking, and aviation organizations warned of a “global transport systems collapse” unless international institutions and governments step in to address the crisis in working conditions.

Stuck on the road and stranded at sea: It’s easy to forget that cargo backlogs at sea and land ports mean seafarers and drivers are also stuck in place. At the height of the pandemic, an inability to conduct crew changes due to global restrictions on movement meant that over 400k seafarers were stranded aboard ships, according to the letter. Some have now continued to work months past the end of their contracts. Meanwhile, mandatory PCR testing has seen record queues at overland border crossings, with truck drivers at times forced to sleep for weeks in their vehicles at sub-zero temperatures, without proper access to food, CNN reports.

Workers are at the end of their rope: Industry heads say that in the absence of a systemic response to the logistics crisis, workers have endured mistreatment to keep supply chains afloat. But while business wrings its hands over the Great Resignation among office workers, the mass exodus of labor from the transport sector poses a much bigger problem. The impact of labor shortages is already being felt in the UK, where army drivers now double as fuel delivery workers amid a worsening supply crisis. “All transport sectors are also seeing a shortage of workers, and expect more to leave as a result of the poor treatment mns have faced during the pandemic, putting the supply chain under greater threat,” the letter read.

So what can be done? Global vaccine inequality has meant that only 25-30% of seafarers have been jabbed, International Chamber of Shipping Secretary-General Guy Platten told CNN. At the other end of the scale, he said some seafarers have received multiple different vaccinations to keep up with varying requirements between countries. The industry letter demands that the WHO, the International Labor Organisation (ILO) and governments work to put an end to the confusion by drawing up a plan to recognize transport workers as essential, exempting them from labyrinthine and inconsistent testing rules and prioritizing them for vaccines. For now, it says, “the delays look set to worsen ahead of Christmas and continue into 2022.”

Transport troubles are a major factor hampering manufacturing: Supply-chain bottlenecks have combined with factory disruptions caused by the rise of the delta variant and other input shortages to slow manufacturing just as demand rebounds. Asian markets have been particularly hard-hit: China’s Purchasing Managers’ index (PMI) showed an unexpected contraction in September due to curbs on factories’ electricity use, while growth also weakened among European manufacturers, Reuters reports. The ongoing chip shortage means manufacturing activity “is likely to remain constrained for some time to come," in affected sectors, one economic advisor said.

As prices continue to rise: The supply crunch is having a knock-on effect on prices as producers pass on higher costs to consumers, while inflation continues to rise globally. Preliminary data recorded a eurozone price hike of 3.4% in September, marking a 13-year high, with no signs of a levelling coming any time soon.

But shipping companies are expecting to make bank: Maersk, which accounts for around 20% of global shipping and is a general indicator for the state of the industry, told the FT that it expects to deliver record profits amid the spike in freight rates, with a return to normality not expected till 2022 at the earliest.