Welcome to the first day of the fourth quarter of this annus horribilis, ladies and gentlemen — we can think of no better day on which 4Q could begin than a Thursday, which is demonstrably the best day of the week. Just a few hours of work left ahead of you, followed by a relaxing evening in which contemplate the potential of two days full days in which to recharge your batteries. Enjoy, folks.

The House of Representatives is back in session today, ending what may have been its shortest-ever recess (and our shortest break from the avalanche of legislative news). Our elected representatives adjourned for just over a month after pushing through a mountain of legislation, including the Banking and Central Bank Act, a bill to impose a 1% “corona tax” on salaries, the Customs Act, and the Eminent Domain Act … just to name a few.

The House has a pretty stacked agenda to get through before a new class of MPs is seated following elections that kick off later this month and end in November. Among the more significant bills before MPs:

People will be able to pay government dues of more than EGP 10k at some 4k post office branches and 18 banks starting today, the Finance Ministry said in a statement yesterday. The move is designed to simplify payments for people living in remote villages and increase e-collections.

Private sector companies will discuss transitioning to the government’s electronic invoicing system today at a Finance Ministry-organized conference at which representatives from the ministry and the Tax Authority will be in attendance, Mubasher reports. The meeting comes as the Tax Authority prepares to roll out the system to 134 companies on 15 November.

Key news triggers as we enter a new month tomorrow:

Remember: You have a long weekend next week. Thursday, 8 October is off in observance of Armed Forces Day, which is formally marked on 6 October.

The Health Ministry reported 119 new covid-19 infections yesterday, down from 124 the day before. Egypt has now disclosed a total of 103,198 confirmed cases of covid-19. The ministry also reported 16 new deaths, bringing the country’s total death toll to 5,930. We now have a total of 96,494 confirmed cases that have fully recovered.

Around a quarter of the population will have access to Russia’s Sputnik V covid-19 vaccine under an agreement between Russia’s sovereign wealth fund and Egyptian pharma company Pharco, according to a statement. The fund agreed to distribute some 25 mn doses of the vaccine through Pharco’s local subsidiary Biogeneric Pharma, but has yet to make a timeline clear. Russia has been criticized for a rushed testing process but the fund said yesterday that no participants have exhibited adverse effects.

Moderna won’t have its vaccine ready before the US presidential election on 3 November, undermining President Donald Trump’s claim during Tuesday evening’s presidential debate that the jab could be available by 1 November, the Financial Times reports. CEO Stéphane Bancel told the salmon-colored newspaper that 25 November is the earliest the company could submit the vaccine to the FDA for approval.

Could Egypt get a slice of USD 12 bn in World Bank funding to pay for the vaccine doses? The World Bank is looking at dishing out USD 12 bn in loans or grants to developing countries to help them access doses of covid-19 vaccines for healthcare and essential workers, World Bank President David Malpass told Reuters. Malpass did not specify which countries would be eligible for the funding, saying only it would be geared towards “poor and middle-income countries.” The financing is currently awaiting board approval, Malpass said.

Europe will have access by the end of October to a “game-changing” 15-minute covid-19 antigen test, according to Bloomberg.

Demand for microfinance seems to have held up through the worst of the pandemic after figures yesterday showed the number of micro borrowers fell just 1.4% to 3.9 mn during 2Q2020, Masrawy reports. The data, published by the Egyptian Microfinance Federation (EMF), shows that the balance of micro loans fell 3.2% to EGP 39.9 bn during the three-month period. EMF chairman Mona Zulfikar said the figure shows that the sector is resilient and was able to withstand the fallout from the covid-19 pandemic. More than 75% of borrowers during the quarter were unbanked. 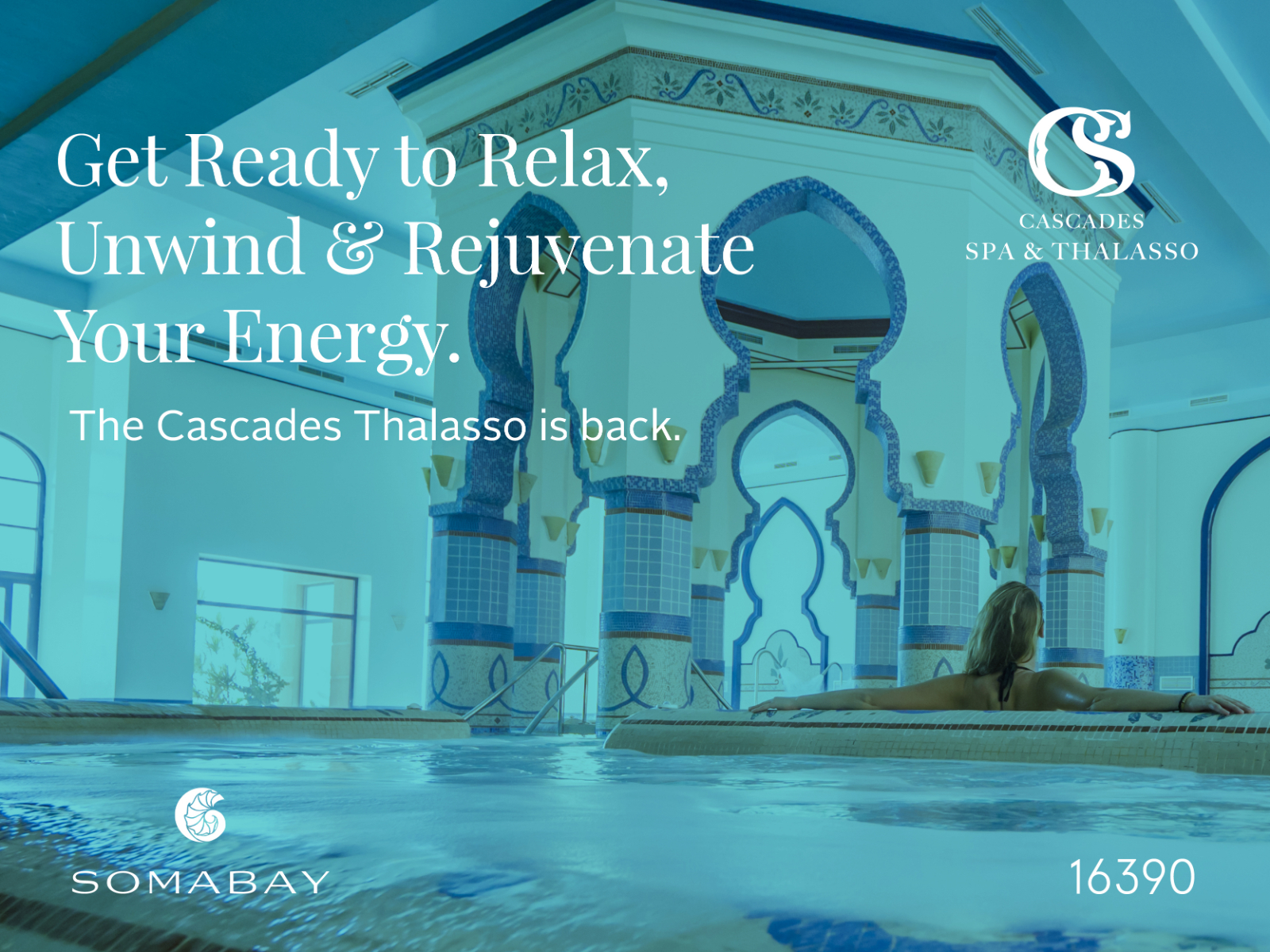 Global M&A activity surged to a record high in 3Q2020 as bankers scrambled to push through a backlog of transactions that piled up after the onset of the pandemic, according to the Financial Times. In value terms, the quarter saw USD 456 bn-worth of transactions above USD 5 bn apiece, making it the busiest third quarter of any year on record, Refinitiv data showed. Tech and pharma companies were in particularly high demand, with tech accounting for nearly a half of all high-value transactions.

Palantir closed it’s debut session on the NYSE yesterday valued at around USD 21 bn. The data-mining company surpassed the exchange’s reference price of USD 7.25 by 31% to close the day at USD 9.50, the Wall Street Journal reports. Both Palantir and Asana — which also listed yesterday — were the first companies this year to opt for a direct listing over a traditional IPO.

Hit by lower oil revenues and aggressive lockdowns, Saudi and the UK saw their economies contract sharply in 2Q2020. The UK’s GDP collapsed 20% during the quarter — more than any other developed country — in what is its biggest quarterly drop in activity on record, reports Reuters. Meanwhile, unemployment in Saudi soared to a record high of 15.4% in 2Q2020, as its oil and non-oil sectors were both hurt deeply by lower global crude demand, the newswire says.

Activity in China’s services sector continued rebounding in September as new export orders grew at their fastest pace in three years, according to the Caixin/Markit PMI (pdf).

An “Arthur Andersen moment”: Is this one scandal too far for Ernst & Young? EY could be facing a slew of lawsuits from investors and politicians in Germany after it was revealed that an ex-employee told the company of potential fraud at Wirecard four years before it collapsed, the Financial Times reports. For over a decade, EY had without reservation signed off the financials of Wirecard, which this summer crashed into insolvency after admitting that it was missing some EUR 1.9 bn in cash. “In a worst-case scenario, EY could face its Arthur Andersen moment.” said leftwing Die Linke party MP Fabio De Masi, referring to the auditor of fraudulent energy group Enron, which collapsed in 2001.

For the gadget nerds among us: Google’s half-hour hardware event featured the Pixel 5, notable more for its use of a lower-end processor than for pushing hardware boundaries, the Verge says. Meanwhile, Nikon will unveil its new Z6 II and Z7 II mirrorless cameras on 14 October. The generally quite reliable Nikon Rumors has a rundown on the expected specs, which it says will include dual card slots, two processors to help with faster / more accurate AF, and new video features.

US ELECTION WATCH- The wreckage left by the US presidential debate has commentators and citizens alike begging for the end. “My group of undecided voters are telling me this is like reality TV … Except it’s the destruction of America that we’re watching,” political pundit Frank Luntz wrote in a painful / hilarious Twitter thread during the debate. In the foreign press: “A national humiliation,” “Cacophonique,” and this gem of a Deutsche Welle tweet. Trump’s refusal to denounce far-right militias (NYT | Washington Post | AP | FT) and plans to prevent a recurrence of Tuesday night’s disaster (Reuters | Bloomberg | CNN | Politico | WSJ) are grabbing headlines this morning.

Libya’s warring sides will meet next week to resume face-to-face talks on security, oil production, as well as prisoner swaps and resuming air traffic. The decision was made as one of the recommendations after delegations from the Tripoli-based Government of National Accord and the Libyan National Army concluded on Tuesday two days of UN-backed talks in Hurghada. It’s unclear when or where the next round of talks will be held.