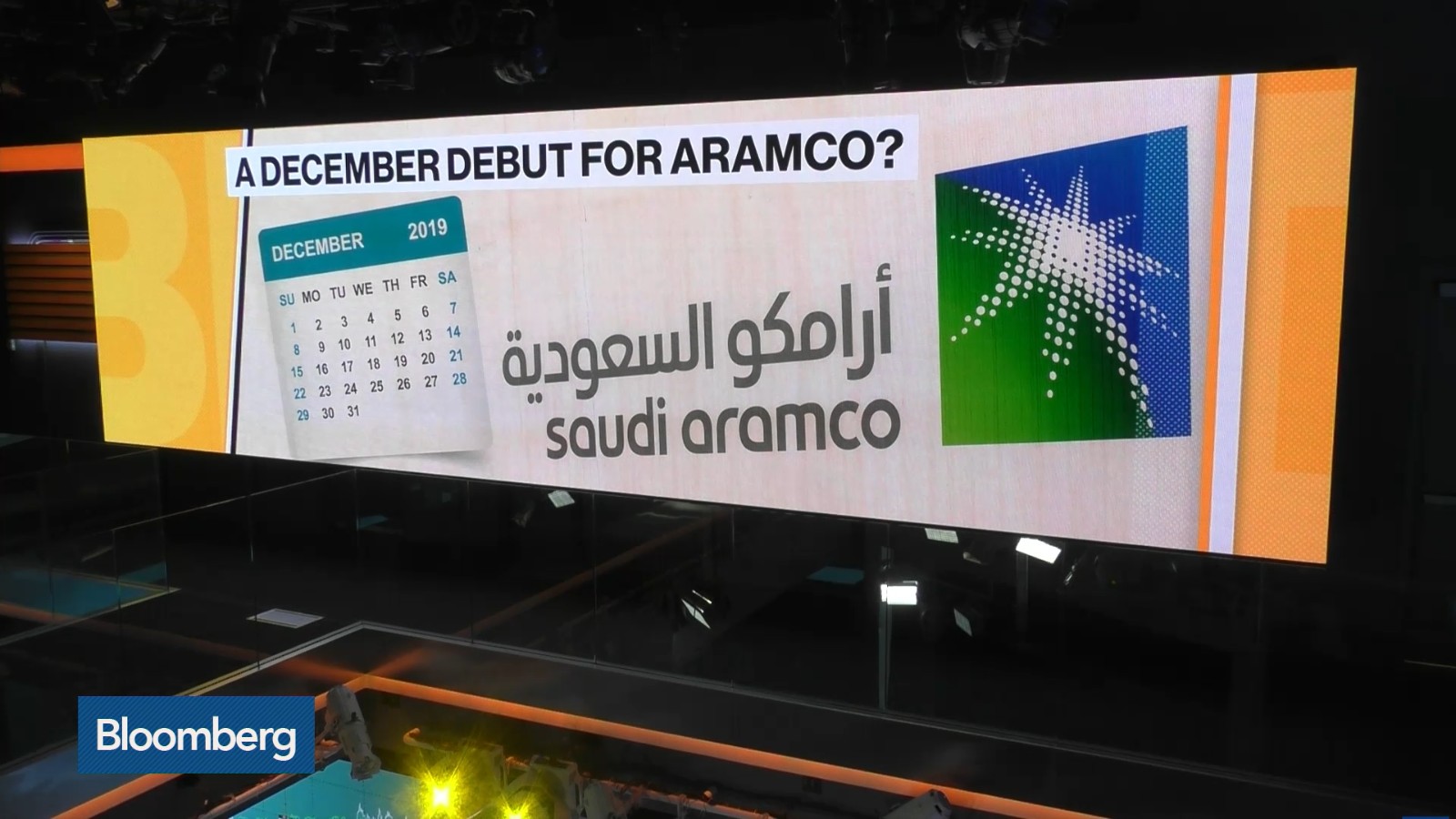 IPO WATCH- Aramco is set to begin trading on the Tadawul on 11 December, Al Arabiya reports: Saudi Aramco will start trading on the Saudi stock exchange on 11 December, Al Arabiya announced in a news flash yesterday. At the time of publishing, Aramco’s media office did not confirm the announcement, telling Bloomberg saying that it “does not comment on rumor or speculation,” and that the timing of the IPO depends on market conditions and decisions taken by the company’s shareholders. The announcement, which came during the first day of the Future Investment Initiative Conference 2019 (Davos in the desert), included the timeline of the IPO:

Size of the offering: The Saudi government is hoping to rake in USD 20 bn (it wants a company valuation of USD 2 tn) from the sale of 1% of Aramco on the Riyadh stock exchange in December. It is also has planned another 1% offering in 2020, sources told Reuters last month. The sales will be the jumping off point to a public sale of around 5% of Aramco at some later date.

Is this the true resurrection, or just another zombie announcement: Although Aramco was recently termed the world’s most profitable business, bringing in a USD 111 bn annual net income in 2018, investors have baulked at the estimated USD 2 tn IPO valuation sought by Crown Prince Mohammed bin Salman. Bin Salman had been attempting to expedite the IPO, which had been mouldering, since the announcement of Saudi’s Vision 2030 in 2015. He appointed the head of the kingdom’s PIF sovereign wealth fund, Yasser Al Rumayyan, as Aramco’s new chairman, replacing long-time industry vet and former energy minister Khalid Al Falih (rumor had it that the latter was not as gung-ho about the IPO).

Timing may not be on Saudi’s side: Saudi Arabia’s stock market took a tumble for the third consecutive day with the index losing 1.2% and extending the the country’s losses for the third straight session, according to Reuters. The banking sector provided the greatest downwards push, but financial and real estate markets are also faring badly. Concerns over the US-China trade war had not helped emerging market equities this year, and that looks set to continue. Nonetheless, earlier this year, Aramco raised USD 12 bn in its first international bond issuance, on demand of around USD 100 bn. 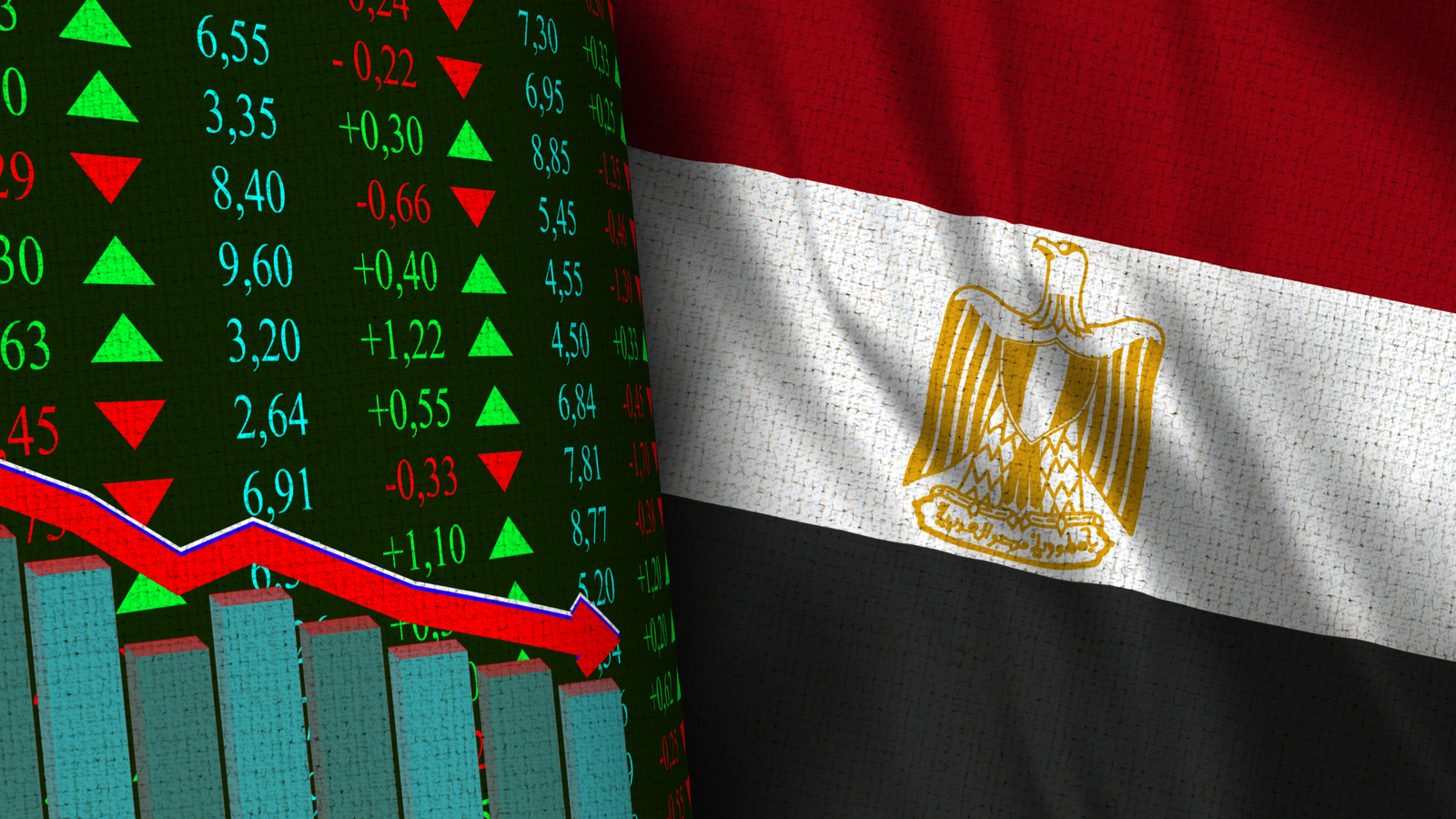 This would suggest the resumption of Egypt's privatization program, which has been collecting dust awaiting the Aramco IPO. Public Enterprises Minister, Hisham Tawfik confirmed to Al Arabiya previous statements by NI Capital CEO Mohamed Metwally that the government is awaiting the results of the Aramco IPO before it proceeds, adding that two companies, Alexandria Container and Cargo Handling (ACCH) and Abu Qir Fertilizers, are ready to sell additional shares in the EGX. Tawfik said that the State Council has completed its legal review of standard contracts that will be used in the program, wrapping up all necessary procedures. The Aramco IPO, which could raise north of USD 20 bn, has been pulling liquidity from the global equity market as investors positioned themselves to move on a prospectus by November, Metwally had said.

But is Aramco really the only factor? Metwally had suggested that global headwinds including the US-China trade war, could lead to lower company valuations. NI Capital, which is the state-owned investment bank that serves as one of the coordinating body for a privatization program that includes minority stake sales in existing companies as well as the IPO of other assets, was hoping to see stakes offered in ACCH and Abu Qir Fertilizers by December at the latest. Both companies were originally slated to sell shares before Ramadan. So far only Eastern Tobacco sold shares as part of the program earlier this year.

HHD to decide on management and share sale in January or February: State-owned Heliopolis Housing and Development (HHD) is planning to award the management rights of the company in January or February, Tawfik told the press on Tuesday. HHD’s general assembly has yet to greenlight the draft contracts, which are ready, he noted, without disclosing the details of the contracts. Whoever wins the right to manage the company will also buy a 10% stake in the company.

Bidding on HHD management rights and 10% stake sale still open: HHD had not closed the window for private investors to submit bids to acquire a 10% stake with management rights. Tawfik has said that the previously announced deadline was not set in stone, and that HHD will continue accepting bids. A total of three undisclosed companies managed to meet the deadline. Eight companies were initially reported to have been interested in the company, including SODIC, EFG Hermes, BPE, Emaar Misr, and Orascom Development. HHD was originally scheduled to compile a shortlist of qualified bidders by mid-November before going ahead with a final round in December. Tawfik had said last month that the 10% stake on offer is part of a wider plan to offer for sale a 25% stake in the company.