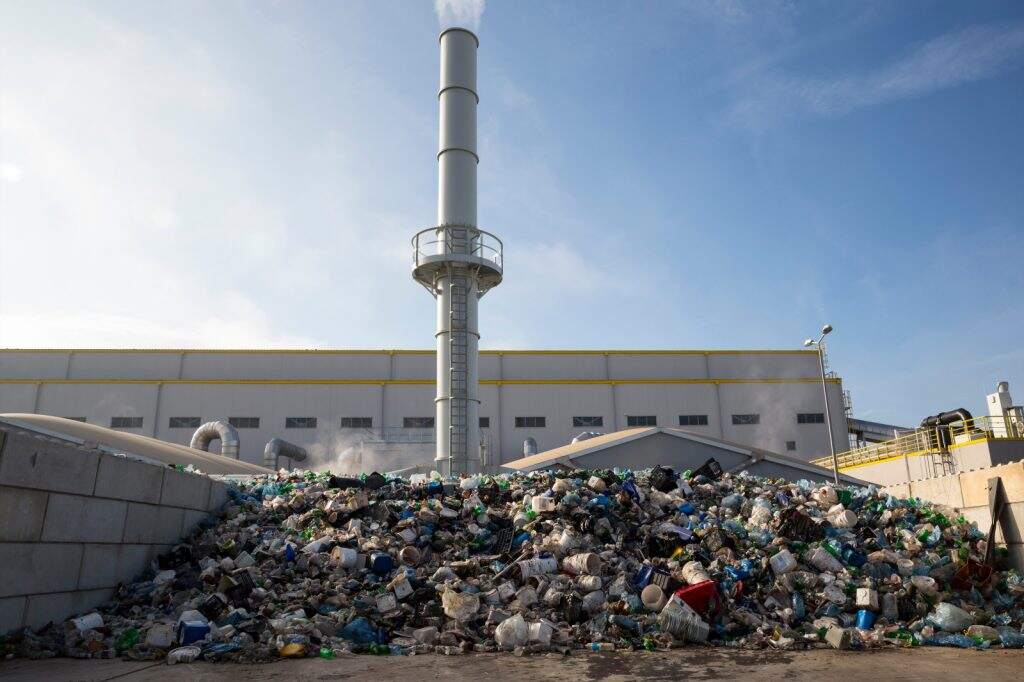 Enterprise sits down with: Michael Stusch, CEO and chairman of H2-Industries: Egypt is looking to capitalize on the growing global interest in green hydrogen as a clean energy source. Scatec, Fertiglobe and Orascom Construction are beginning work on the country’s first hydrogen facility in Ain Sokhna and the government has signed some USD 14 bn worth of preliminary agreements for further green hydro and green ammonia projects, giving it a potential pipeline of 11.62 GW (equal to around 1.57 mn tons of hydrogen a year).

One such project is H2-Industries’ proposed waste-to-hydrogen facility: New York-headquartered energy firm H2-Industries plans to establish Egypt’s first waste-to-hydrogen plant in East Port Said, and signed a memorandum of understanding with the Suez Canal Economic Zone (SCZone) this month. The USD 3 bn facility would produce 300k tons of hydrogen each year, consuming 4 mn tons of municipal solid waste. The company, founded in 2010 by Michael Stusch, has also announced plans to build a USD 1.4 bn plant in Oman, and is also working on projects to generate, transport and store green energy in 20 countries including Germany, Botswana, South Africa, Namibia, and other countries in the MENA region.

We sat down with H2-Industries’ founder, executive chairman and CEO Michael Stusch (LinkedIn) to discuss plans for the facility, and why Egypt is well placed to capitalize on the turn towards green hydrogen — and potentially ease its waste management challenges in the process.

Key takeaways: H2-Industries could sign final agreements on its waste-to-hydrogen facility at COP27. The facility is unique in that it uses only water and waste (and solar power), Stusch says. Given the rising demand for our green energy from European offtakers, our strategic location, and our waste management challenges, Stusch sees Egypt as an ideal location in which to locate the project.

ENTERPRISE: What is H2-Industries’ timeframe to get Egypt’s first waste-to-hydrogen plant up and running, and how will it be financed?

MICHAEL STUSCH: After signing an initial agreement last month, we’re now conducting a feasibility study for the plant which is subject to final approval by the SCZone. Final agreements could be signed at COP27. Once approved, we’ll begin site-specific development.

We plan to implement the project in three phases: Phase one will cover 20% of the plant’s total capacity, and should take approximately 24 months to start producing green hydrogen. phase two should be operational a year later, and phase three a year after that.

The project will be financed by a combination of equity investment from foreign investors and financing from international banks, including development finance institutions. We are currently speaking to financial partners and development experts but can’t disclose names at this stage.

E: You’re aiming to produce 300k tons of hydrogen each year at half the cost of current production technologies, consuming 4 mn tons of organic waste and non-recyclable plastics in the process. What can you tell us about how it works?

MS: H2-Industries’ power plants use only water and waste. There’s no outside electricity or other fuels used as feedstock, so we’re not dependent on power or fuel prices. It’ll be powered by 1.5 MW of roof-top solar systems and some of the hydrogen produced by the plant. This makes our process not just energy autarch and truly emission-free, but also opens chances to set-up power plants where electrical grids are weak or non-existing.

Generally, the challenge in making electrolysis cost-competitive is the cost of the electricity itself. Electricity has to either be generated from polluting fossil fuels or renewable sources, which are expensive and not readily available.

The output from our thermo-chemical process — which doesn’t involve burning waste — is hydrogen and captured CO2, both high-value products that can be sold on the world market.

E: How much CO2 do you expect to be capturing from the facility?

MS: In the final phase, we will capture roughly 4 mn tons of CO2 per year.

E: What do you plan to do with the hydrogen produced by the facility?

Potential off-takers for emission-free hydrogen — besides governments and government entities in Europe and Asia — are private companies in the German and US aviation industries, as well as European utilities, gas and fuel, cement, glass, and steel sectors. Whether we also supply local Egyptian offtakers will depend on the demand. H2-Industries will use liquid organic hydrogen carrier (LOHC) technology to store and transport the hydrogen produced by our plant.

Another possible use for the green hydrogen we will produce in Egypt is as essential feedstock for synthetic fuel production. Over 1.4 bn vehicles, some 27k aircraft and over 100k ships worldwide will continue to form the basis for global mobility for the coming two decades at least. Carbon-neutral fuels are a sustainable solution for better climate protection.

E: What makes green hydrogen “green” is the fact that its primary feedstock is renewable energy, like wind or solar. So would the hydrogen produced by H2’s waste-to-hydrogen facility be considered green?

MS: As waste-to-hydrogen is such a new concept, it’s yet to be classified within the current hydrogen color spectrum, but this process is underway.

Waste isn’t considered a renewable energy source, but the hydrogen it produces is closer to green than any other color on the spectrum as the CO2 is captured. We know that plastic waste is harmful, but it’s also a feedstock society will continue to produce in the future. Using waste as an energy source helps to clean up our planet.

In the future, some of the hydrogen colors may fade in importance or new ones may appear. What’s certain is that the hydrogen rainbow will play a significant role in decarbonizing our homes, businesses and transport. Specific technologies and their environmental impact will determine the real value of any kind of hydrogen — not the color allocated by a certification body.

E: Egypt’s waste-to-energy sector has faced challenges getting off the ground, with players in the field saying it just isn’t financially viable without other incentives. Why is Egypt an appealing destination for this waste-to-hydrogen project?

MS: Egypt generates approximately 22 mn tons of waste per year and faces waste management challenges, as do many other countries worldwide. With COP27 coming up, Egypt has also been ramping up its green hydrogen ambitions and has set targets to accelerate renewable energy use. The amount of waste produced by the region, renewable energy targets, and the government’s willingness to implement green hydrogen projects have naturally resulted in Egypt being an attractive market for hydrogen production.

The SCZone is also a perfect location for our project. It’s centered between Europe, Africa and Asia, and provides modern infrastructure, access to waste, water, and skilled human resources. It also has a supportive and committed administration.

Egyptian authorities have so far been very responsive and willing to work with us. The challenges are known and are being constantly addressed. In our case, the regulation of the waste sector is vital, since a regular supply of waste is key to our production process. We require the right regulatory and market framework for us to secure this input for at least the next 35 years.