Egypt, Qatar ink MoUs on investment, ports and “social affairs” + a roundup of other news on the diplomatic front 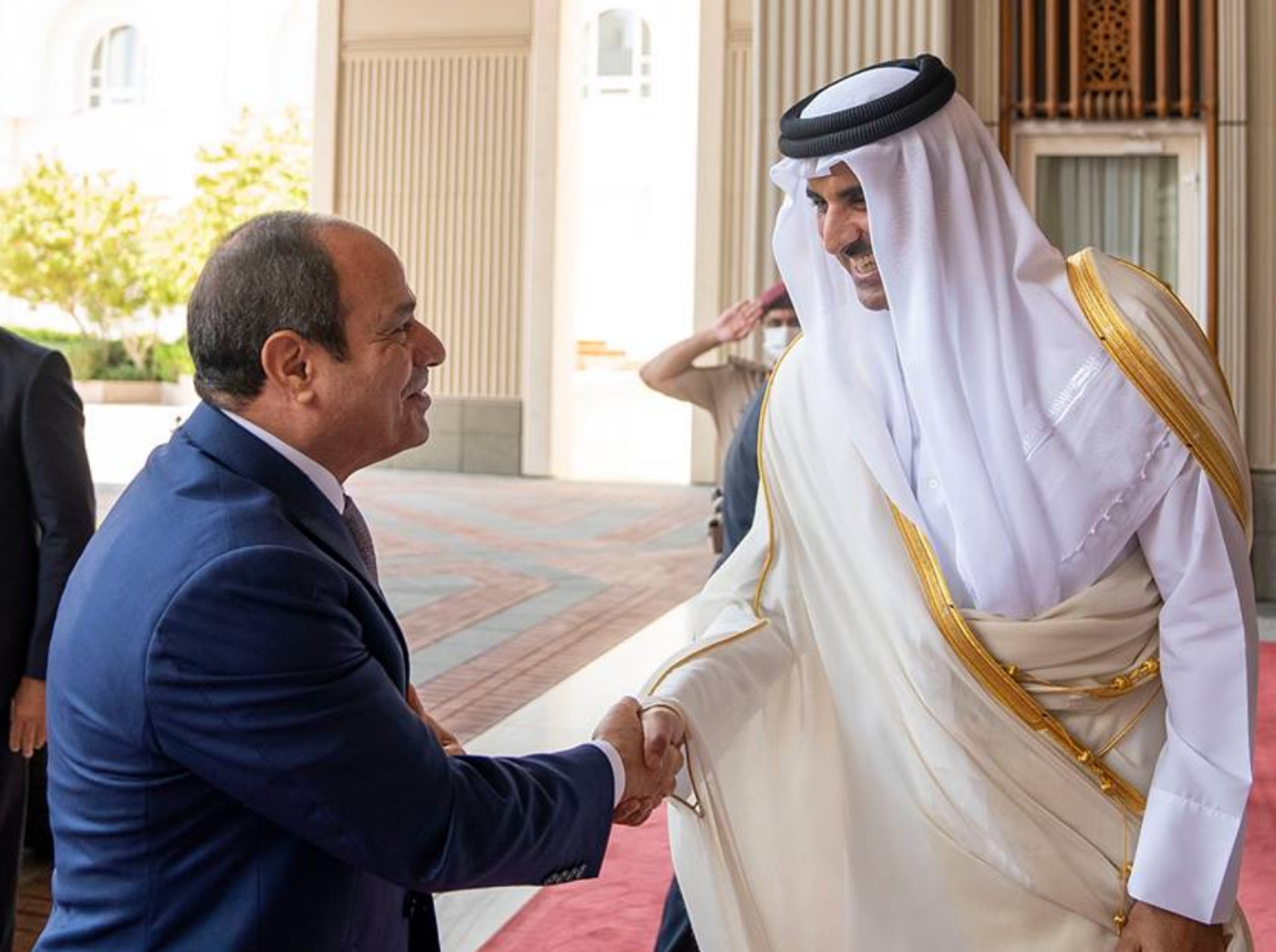 El Sisi’s visit to Qatar bears fruit, with details to come: An agreement between the good folks at the Sovereign Fund of Egypt (SFE) and the Qatar Investment Authority (QIA) was among three MoUs signed by Egypt and Qatar during President Abdel Fattah El Sisi’s visit to Doha yesterday, Ittihadiya said in a statement. The two sides also signed an agreement to cooperate on ports and another “in the field of social affairs,” it said, without providing further details.

El Sisi’s primary mission: Line up investment. Investment was top of the agenda for the president as he headed to Doha for the first time since the two countries normalized ties last year. Qatar has joined with the UAE and Saudi Arabia and pledged to invest USD 5 bn here to help shield us from the fallout from the war in Ukraine. Unlike the other two Gulf monarchies, the Qataris are yet to act: The two governments have reportedly been in talks for weeks over potential investments from Qatari firms and the QIA but nothing has yet been announced.

The news got ink from the international press: Bloomberg | Reuters | AFP.

US TO CONTINUES CUT TO MILITARY AID-

The US State Department has decided to offer Egypt USD 170 mn in conditional military aid, the same amount as 2021 after it withheld USD 130 mn due to human rights concerns, Reuters and New York Times reported last night. Though several Democratic lawmakers were calling (pdf) on the Biden administration to suspend the entire USD 300 mn in conditional aid, Secretary of State Anthony Blinken reportedly decided to provide USD 75 mn because of the government’s progress releasing political detainees. Another USD 95 mn will be transferred for counterterrorism and border security.

Egypt refused to endorse a non-binding statement by major Western powers pressuring Iran to provide an explanation on why traces of enriched uranium were found at previously undeclared sites in 2019, Reuters reports. Two-thirds of the 35-nation board of the International Atomic Energy Agency backed the statement put forward by the US, UK, France and Germany; while Egypt and 11 others didn’t give their support. Among them: Brazil, South Africa, Argentina and Mexico.

EGYPT IS NOW A MEMBER OF THE SCO-

Egypt has officially joined the Shanghai Cooperation Organization: The Foreign Ministry signed a MoU to join the Shanghai Cooperation Organization (SCO) as a dialogue member ahead of its annual summit in Uzbekistan, according to a ministry statement. Egypt, along with Saudi Arabia and Qatar, were approved to become dialogue partners last year and have now acceded to the SCO, giving them a seat at the table at this week’s summit.

Uh, the SC-what? Founded in 1996, the SCO was originally designed to increase cooperation between Russia, China and the former USSR states in Eurasia but has expanded to include other regional powers such as India, Iran, Turkey and Pakistan. Egypt and Saudi Arabia are the first Arab states to become SCO members.

What does this get us? A seat at the table. Egypt will now be able to attend meetings of member states and working groups, though we won’t have much input into decision-making.

That’s not the only new international alliance we’re trying to get involved with: Egypt reportedly wants to become a member of the BRICS (Brazil, Russia, India, China, South Africa) group of emerging economies.