More than a spoonful sugar to help the medicine go down 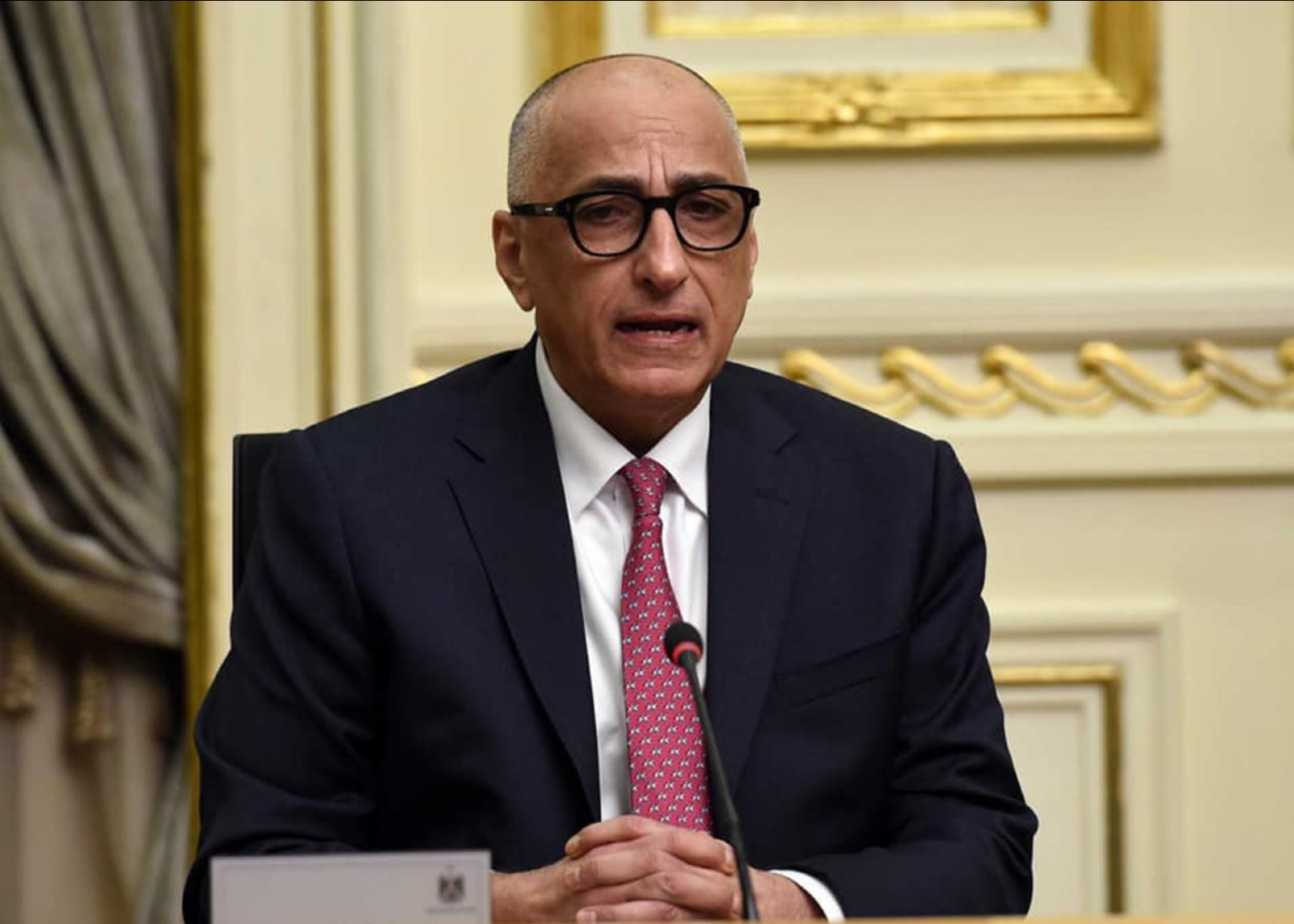 Gov’t announces EGP 130 bn in tax incentives + brings forward social safety measures following rate hike and devaluation: Fresh off the heels of the Central Bank of Egypt’s (CBE) decision yesterday to raise interest rates and allow the EGP to devalue c. 16% against the USD, the Madbouly government announced (pdf) a package of incentives that would see EGP 130 bn in tax relief being doled out while moving up the timeline of already-planned social safety measures.

First up: The capital gains tax (CGT) on IPOs is being slashed by 50% for a two-year period, effectively bringing the CGT rate to 5% from 10%. The rate will then rise to 7.5% once the two-year period ends. There are also measures in place to exempt capital increases from the capital gains tax, while share-swaps between listed and unlisted companies will not be taxed.

Also exempt from the CGT: Investments in local debt and equity by institutional investors.

The government will also introduce amendments to the Income Tax Act designed to spur activity on the EGX, including setting an as-yet not revealed formula that would reduce the withholding tax on dividends.

Real estate tax relief: Manufacturers will receive a three-year real estate tax holiday, which is expected to cost the government some EGP 3.75 bn, according to the statement.

The fixed customs exchange rate is back: The government is re-introducing the monthly customs exchange rate, setting it at EGP 16 for imports of basic commodities and materials used for manufacturing. The rate will be fixed until the end of April. Egypt had scrapped the monthly system back in 2019, after initially introducing it in 2017 following the November 2016 EGP float, as an “exceptional measure” to stabilize the customs rate.

A tried and true formula: This package is similar in many respects to the stimulus and bailout measures introduced in March 2020 to manage the fallout from the covid-19 pandemic, but eclipses it in size: The 2020 package was worth a total of EGP 100 bn. These included similar real estate tax holidays to the industrial and tourism sectors. Cabinet had also announced last year a basket of measures designed to make trading on the EGX more attractive, including tweaking how the CGT is calculated.

The government is also looking to spend EGP 190.5 bn on expediting annual salary increases… Government employees covered by the Civil Service Act will get their regularly-scheduled 8% annual raise on their monthly gross salaries, at a minimum of EGP 100 per month and without a maximum, as of the beginning of April (instead of July). Civil servants not covered by the legislation will also be given a special 15% raise on their monthly gross salaries, equivalent to at least EGP 100 per month.

…and bonus and pension hikes: Meanwhile, monthly bonuses for state employees (both those covered by the Civil Service Act and those who are not) will increase by a minimum of EGP 175 and a maximum of EGP 400, depending on their rank. This bonus increase will only apply to employees hired after the package was announced. All of these salary and bonus raises will cost the government EGP 36 bn, the statement says. Pensions, meanwhile, will increase at least EGP 120. Both of these measures were already planned for July, at the start of the new fiscal year.

And the wage tax burden is getting lighter: The ceiling for exemption from income tax is being raised by 25% to EGP 30k, from EGP 24k previously. Those earning EGP 30k or less per year are now exempt from the wage tax, according to the statement.

Separately, the government is also spending EGP 2.7 bn to bring 450k new families under the umbrella of the Takaful and Karama social security program in April, as well as bringing the 13% annual raise to pension payments into effect as of the beginning of next month. This was also supposed to come into effect in July but was moved up.

NEED A RECAP ON WHAT HAPPENED YESTERDAY MORNING?

Hit yesterday’s EnterprisePM for the full rundown — or just read on for a summary below on the Central Bank of Egypt’s snap decision to raise rates and allow the EGP to slip against the greenback:

The first rate hike in five years: The central bank raised interest rates by 100 bps at a special monetary policy meeting in a bid to combat the spillover effects of rising international commodity prices on domestic inflation, which rose to a 31-month high last month. This is the first time the central bank has raised rates since the end of its post-EGP float tightening cycle in mid-2017.

Egypt’s real interest rate is now positive: Until recently, Egypt boasted one of the highest inflation-adjusted interest rates in the world, which helped it attract bns of USD in portfolio flows into the local bond market. That advantage has been eroded in recent weeks as rising inflation pushed the real rate into negative territory. Following yesterday’s hike, the real rate is now 0.45%.

EGP devalued: The CBE also allowed the EGP to fall 16% against the USD yesterday as it looked to maintain foreign-currency liquidity. The FX rate settled at EGP 18.27 to the greenback by the end of the trading day yesterday, having fallen from around EGP 15.70 where it had traded since the beginning of 2021.

Importantly: There are no signs of capital controls in place, according to three bankers with whom we spoke yesterday.

Producers began hiking prices yesterday in response to the devaluation: Cement companies raised prices by as much as 25% while feed prices jumped by up to EGP 1k a ton.

Banque Misr + NBE offer one-year, high-yield CDs: State-owned Banque Misr and the National Bank of Egypt brought to market one-year 18% certificates of deposit yesterday after the CBE’s decision to raise interest rates. Banque du Caire has yet to follow suit. Other banks are also reportedly repricing loans after the CBE interest rate hike, according to Masrawy. As we noted yesterday, we don’t expect most private banks to offer high-interest instruments.

The fact that NBE and Banque Misr are offering 12-month certificates and no longer-term instruments suggests that they believe the rate hike could be transient.

Yesterday’s moves will help boost inflows: “It will help catalyze fresh inflows into the market as investors perceive a reduced risk of further devaluations, and even the possibility of some appreciation in the coming months,” Goldman Sachs MENA economist Farouk Soussa wrote in a note picked up by Bloomberg.

A precursor to our signing up for an IMF package? Murmurs of fresh IMF financing to ease the pressure on state finances have been ongoing for several weeks as the ramifications of the Ukraine conflict became clearer. Though Egyptian officials and the Fund have both denied ongoing talks, sources told Bloomberg last week that there are discussions over a precautionary and liquidity line or and other forms of financial aid.

Analysts including at Goldman and Capital Economics say that yesterday’s moves by the CBE will make it easier for Egypt to agree a new program with the IMF, which in the past has demanded greater exchange rate flexibility before signing off on new financing. “A new program would not only offer important monetary support in the near term but also provide an important policy anchor for ongoing reforms, and help encourage inflows of both portfolio and fixed investment,” Daniel Richards, an economist at Emirates NBD wrote. “Some of the likely prerequisites of renewed financial support from the Fund — a meaningful rate hike and a cheaper currency — have now been met.”