FX liquidity at banks is recovering from covid 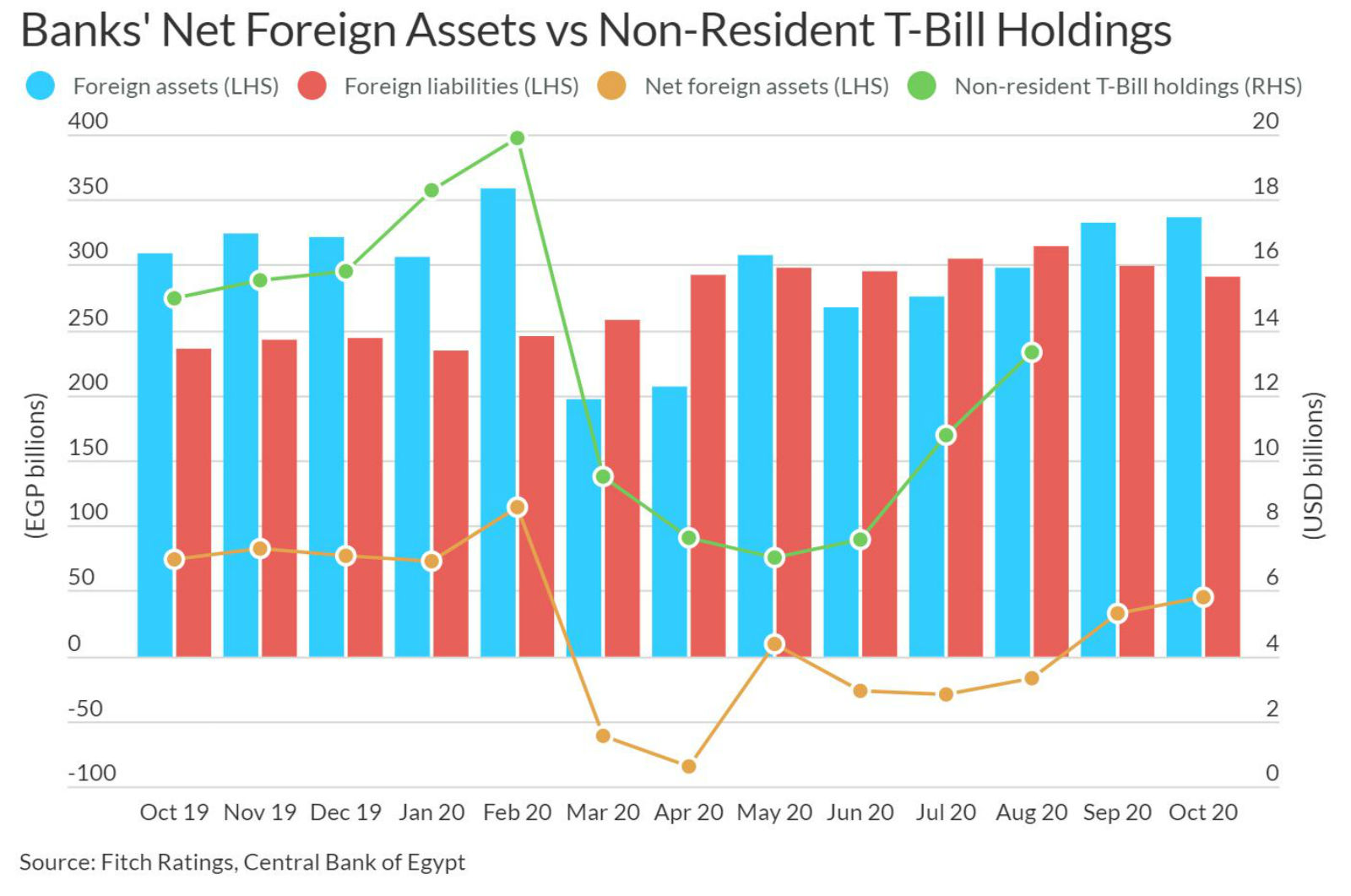 The banking sector’s FX liquidity has recovered from pandemic-induced lows, thanks to the return of foreign inflows to capital markets, Fitch Ratings said in a report yesterday. Net foreign assets at banks increased to USD 2.9 bn in October, continuing to rebound after having turned positive in September. Excluding the central bank, net foreign assets in banks are still low compared to USD 7.3 bn in February, before the pandemic struck. Meanwhile, the combined net foreign assets of commercial banks and the CBE in September rose 33% m-o-m to positive USD 14 bn, up from USD 10.6 bn in August, central bank data we picked up in November showed.

The liquidity position is a “sustained improvement” as net foreign assets had dropped to negative USD 5.3 bn in April, when banks had to service some USD 17 bn of capital outflows triggered by the global market panic, Fitch said. Fitch had previously expected the recovery in FX to last longer.

This improvement was underpinned by foreign investors flocking back to EGP treasuries, Fitch said. Foreign portfolio investments recovered sharply since May, increasing to USD 23 bn by the end of November, up from USD 21.1 bn six weeks earlier and more than doubling from USD 10.4 bn in May. Egypt’s carry trade continues to be attractive for overseas investors, the ratings agency noted as real interest rates continue to be among the highest in the world, despite this year’s 400 bps reduction in nominal rates.

Banks, however, saw a 21% increase in foreign liabilities in 10M2020, posing some long-term repayment risks. Net foreign assets at banks also only covered 7% of local foreign currency-denominated deposits at the end of October, down from 18% at the end of February, Fitch said. However, nearly 70% of the banks’ external debt is long-term, limiting short-term refinancing threats, it added.

FX liquidity is still vulnerable to any drop in investor confidence and to exchange-rate fluctuations, and the reliance of banks on foreign creditors carries “refinancing risks,” Fitch added. Given higher external financing needs and the drop in FX receipts — as we’ve seen in the plunge in tourism revenues — Fitch forecasts “renewed pressure” on FX reserves and on the EGP.