Good morning, friends. We’re going to make ourselves nicely unpopular this morning by telling all of you that you really do need to take a covid-19 vaccine when it becomes available. Too many otherwise very smart people are telling us that they’re pretty certain they won’t be taking a vaccine. So, uhm … you like the status quo? You’d like a few more years of this [redacted]?

The whole point of there being a vaccine is that we all take it — and, as a result, get to do nice things again. Like go out for dinner with our families. Catch a play, concert or movie. Travel. See elderly and at-risk family members.

We’re not the only ones worried about this. US coronavirus expert Anthony Fauci is also concerned, saying “What I would hope is that even though there’s a degree of skepticism about vaccines in general, that when the general public sees how effective this vaccine is, we might see a turnaround of the attitude toward vaccination.”

Look, folks, you may well not have a choice. Taking the vaccine will likely be required of anyone who wants to travel to most any country — and of kids to enrol in school. Y’all are really smart people. Don’t go all anti-vaxxer on us, okay?

Let’s not debate whether to take an eventual vaccine — but rather who should get access to it first, as a very smart friend of ours suggested yesterday. Front-line workers including MDs, nurses and hospital staff should be at the front of the line, followed by the elderly and folks with underlying conditions.

The first phase of the Tax Authority’s new e-invoicing system will be up and running today, with 134 companies to begin logging their invoices electronically to the Finance Ministry’s platform, the Finance Ministry said. Companies in the pilot program include multinationals Nestlé, Procter & Gamble, Oracle, and Coca Cola, as well as local heavyweights Elsewedy Electric, Ezz Steel, Raya, and MM Group.

How will this work? These 134 companies must obtain an e-signature (E-Seal) using the steps outlined here and register an account and their products and services to the Tax Authority’s platform. Using the account, they log all of their invoices on the platform. The authority will then be able to track each transaction back through the customer’s regular tax filings, which will include the invoice.

Why is the ministry doing this? To clamp down on tax evasion and compel companies that have not registered with the Tax Authority to do so, Finance Minister Mohamed Maait tells us.

It’s coming to B2C transactions, too: The platform currently only requires e-invoicing for B2B transactions with e-signatures by issuers, but companies will eventually need to issue and submit data on B2C transactions.

Some 340 more companies will be told within the next two weeks that they’re part of the second phase of the rollout, Mohamed Keshk, who heads an internal audit department at the Tax Authority’s large taxpayers’ division told us. The phase should be rolled out in February 2021, we noted last month. Preparations are under way to have all large taxpayers on board by May 2021, he said.

So, what’s the timeline? All B2B transactions are expected to be accounted for on the system by 30 June 2021, the ministry yesterday said, and all tax-paying companies will be enrolled by April 2023, Maait told us separately.

The recently-approved Customs Act comes into effect today after President Abdel Fattah El Sisi signed the bill into law over the weekend, reports Al Mal. The act — a long-awaited overhaul of customs law that allows for expedited clearance — received a final nod from the House of Representatives in August. You can find details on what to expect from the act here.

The National Elections Authority will announce the results of the second stage of the parliamentary elections today at 4pm at a press conference at the TV Building in Maspero, Al Mal reports. The second round covered 13 of Egypt’s governorates, including Greater Cairo, Qalyubia, Menoufia, Dakahlia, Gharbiyah, Kafr El Sheikh, and Sharqiyah, and took place on 4-8 November. The run-off is scheduled for 5-7 December for those voting from abroad, and 7-8 December for local voters.

The Health Ministry reported 228 new covid-19 infections yesterday, up from 224 cases on Friday and 214 cases on Thursday. Egypt has now disclosed a total of 110,547 confirmed cases of covid-19. The ministry also reported 13 new deaths, bringing the country’s total death toll to 6,442. We now have a total of 100,946 confirmed cases that have fully recovered.

Egypt is encouraging more countries to allow inbound tourism in light of the strict precautionary measures the government has put in place at tourism hotspots, Assistant Foreign Minister for European Affairs Badr Abdel Aty said during a meeting with the ambassadors of several European countries. Some European nations — such as the UK — have prevented people from travelling abroad for non-business purposes to try and contain the second wave of the virus.

Egypt holds its collective breath after football star Mohamed Salah twice tested positive for covid-19. Salah is showing no symptoms and is currently in isolation in Cairo, according to an Egyptian Football Association statement. The rest of the Egyptian national squad tested negative for the virus after they all came into contact with Salah when he trained with them on Tuesday ahead of the Africa Cup of Nations match against Togo that took place yesterday, the Pharaohs said in a Tweet. The story is receiving widespread coverage in the foreign press: Associated Press | Reuters | The Telegraph | Sky Sports | BBC | The Guardian.

The US continues to break the global daily record of new covid-19 cases, reporting 184k new cases on Friday, up from 153k on Thursday, according to Johns Hopkins University’s tally. Deaths, which have not yet risen relative to the surge of cases, rose to the highest level in 10 days on Friday, but remain more than 1k under the record set in April.

Pfizer breakthrough triggers record inflows into equities: Investors plowed USD 44.5 bn into global equity funds after Pfizer announced its covid-19 vaccine breakthrough last Monday in what was the biggest week of inflows in decades. Data provider EPFR said it was the biggest week since it began collecting data more than two decades ago, while Bank of America claimed that it was the best week ever. The Financial Times and MarketWatch have the story.

US stocks were volatile towards the end of the week: Investors sold off stocks across the board and bought into safe haven assets on Thursday, as the surge in covid-19 cases in the US continued and talk of new lockdowns increased, only to recover on Friday leading the S&P 500 and the small-cap Russell 200 rallied to close at record highs, and the Dow to climb to pre-covid levels.

We should prepare for more volatility ahead, according to several equity analysts, who say that the sharp escalation of cases in the US may soon drown out the post-Pfizer euphoria. “Markets are reacting to this realization that we are going to get through the pandemic, but it is probably going to get worse before it gets better,” Patrick Leary, chief market strategist and senior trader with Incapital, wrote in a note. “This is why we see large risk-on moves followed by corrections.” (S&P Global)

The world’s largest trade agreement will be signed by Asia-Pacific leaders today after almost a decade of negotiations, the BBC reports. The 15 signatories to the Regional Comprehensive Economic Partnership (RCEP) include the 10 Association of Southeast Asian Nations (Asean) countries plus China, Japan, South Korea, Australia and New Zealand. Together, they account for 29% of global GDP and almost a third of the world’s population.

Poor countries could be allowed to apply for debt write-offs and negotiate better lending conditions under a new framework agreed by the G20 group and the Paris Club of creditor countries, according to the Financial Times. The new rules, which build on the debt freeze agreed earlier this year, aim to help low-income countries, which often have per capita GNI short of USD 1k, avoid running into long-term debt problems by ensuring lenders negotiate the same terms with debtors.

It’s too little too late for Zambia, which is on the brink of becoming the first African country to default on its debt payments since the onset of the covid-19 pandemic, the Financial Times reports. The country’s bondholders rejected its request for a six-month freeze on payments, setting it up to miss a payment on USD 3 bn of bonds and sending it into default.

Libya has scheduled its parliamentary and presidential elections for 24 December 2021, reports Reuters. Libya’s rival factions, the Government of National Accord and the Libyan National Army, had previously anticipated that the elections could take place in mid-2020.

It’s a bad morning for: Terrorists. Israel appears to have assassinated Abu Muhammad Al Masri, Al Qaeda’s number two, on a Tehran street. The New York Times has the story, which reads like a spy thriller. Meanwhile Twitter is rife with (still entirely unconformed) speculation that Al Qaeda boss Ayman Al Zawahiri died of natural causes some two months ago.

PSA #1- Working out can help you keep cancer at bay by supercharging the immune system’s ability to target and kill cancer cells, the New York Times writes.

PSA #2- Egyptian non-profit Nahdet El Mahrousa, in partnership with Cleantech Arabia and Hivos, has launched a growth acceleration program targeting green businesses. Entrants will receive a EGP 250k non-equity investment, mentorships, consultations and other forms of business support. You can find out more about the program here (pdf) and get the application form here. Application deadline: 21 November 2020. 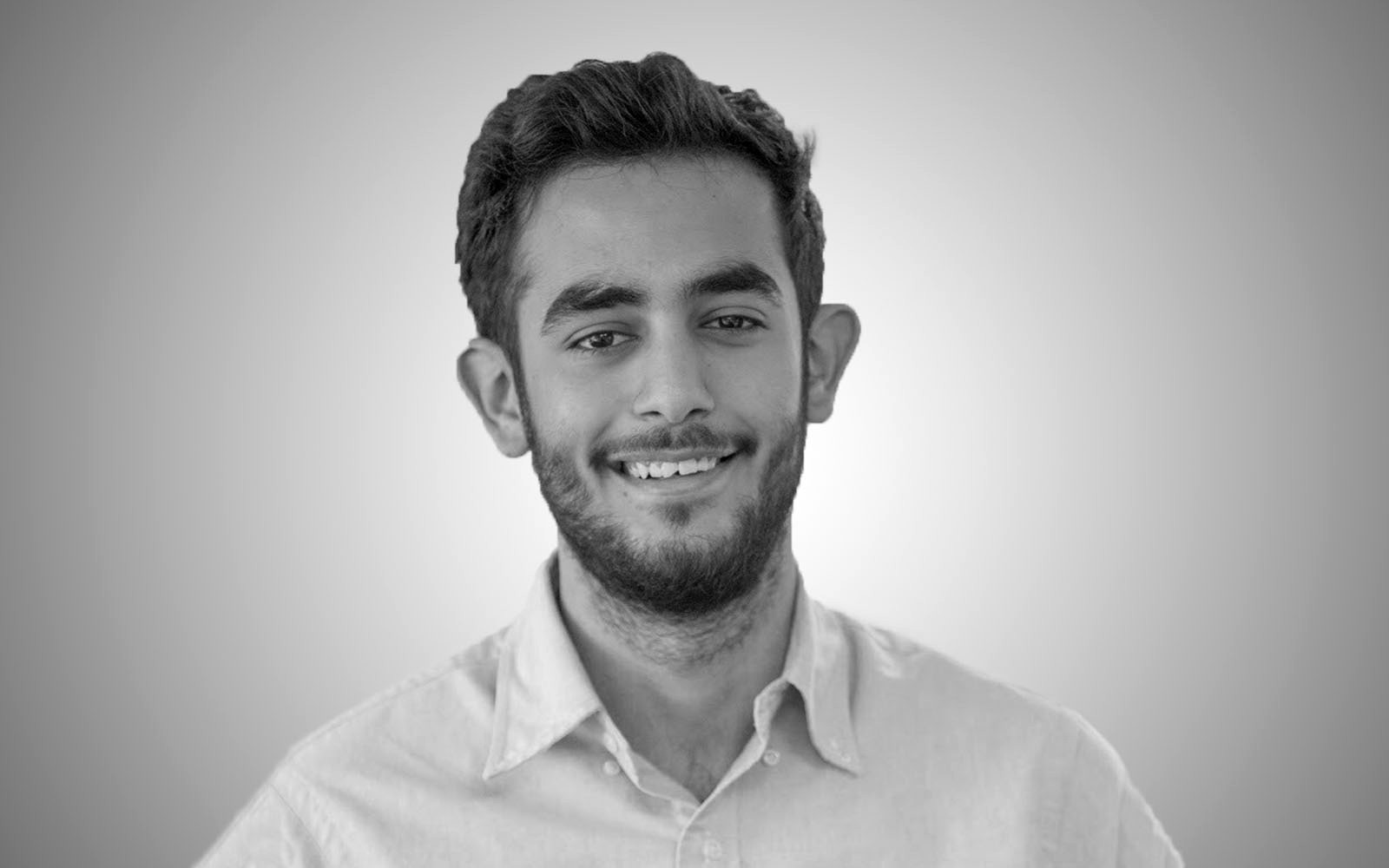 Meet Egypt’s football data guru: Ali ElFakharany started Arqam FC in 2017 to provide data analytics services to Egyptian football teams. Arqam’s data collection center caught the eye of UK-based Statsbomb, which in 2019 acquired Arqam in a share swap that kept Ali and his team on board. Today, the company serves 42 European and US football teams including clubs from the English Premier League, the Bundesliga, and MLS, ElFakharany told us on this week’s episode of Making It.

You already have a podcast player on your iPhone, or you can listen to the episode through our website (no download required). We’re also on Google Podcasts | Anghami | Omny. Making It is on Spotify, but only for non-MENA accounts.