Well, friends, we made it through another week together. It’s a quiet news day in Cairo as we join the rest of the world in waiting to see who will emerge victorious from the most contentious US election in generations.

WHERE THINGS STAND NOW: After picking up Michigan and Wisconscin overnight, Biden has four paths to win the six additional electoral college votes he needs to win, while Trump has just one to pick up 56 votes. The race for control of the Senate also remains undecided at 48 seats to each of the Dems and the GOP, and the Democrats remain 14 seats short of retaining the House. And Agent Orange’s campaign is dropping lawsuits left, right and center.

Things are looking increasingly good for Biden this morning as results tricled in overnight from undecided states. The Red Mirage was in full effect in Michigan and Wisconsin — two Rust Belt states that were leaning towards Trump during the early vote count but were later won by Biden after the absentee ballots were added to the tally. Georgia and Pennsylvania, two other states in which Trump took a strong early lead, are slowly tilting towards the Biden camp, putting Trump’s hopes of reelection in jeopardy.

The Trump Campaign became increasingly litigious as his leads in Pennsylvania and Georgia narrowed — and as Wisconsin and Michigan flipped. The campaign has announced legal action in Pennsylvania, Michigan and Georgia claiming that poll watchers were denied access to facilities where votes were being tallied and is demanding a recount in Wisconsin. Rudy Giuliani has also threatened a “national lawsuit” in a bizarre press briefing in Philadelphia.

This came just hours after he preemptively declared victory in a speech from the White House, despite the results still showing the two candidates neck and neck, the BBC reports.

In a short speech in front of his supporters Biden stopped short of declaring victory but said that he believes he will be the winner after the vote count is over.

Demonstrators began taking to the streets in cities across the country: Biden supporters held rallies in Chicago, New York and Philadelphia in protest at Trump’s attempts to stop the vote count, while Republican voters gathered in Detroit in response to Trump’s allegations of election fraud.

Where does the race currently stand? According to the AP’s tally, Biden currently leads Trump in the electoral college vote 264 to 214, leaving him only needing one or two states to pass the all-important 270 mark. Nevada, with its six electoral votes, would not be enough on its own should Trump pull off an unexpected win in Arizona, but winning any of Pennsylvania, North Carolina and Georgia will make him president-elect. To win reelection, Trump will need to hold onto his leads in Pennsylvania, North Carolina and Georgia, and flip Nevada where Biden currently has a slender 8k lead.

The outlier: The race for Arizona, which was called for Biden by the AP hours ago, may not be over after all. Biden is seeing his lead shrink in the conservative state as absentee ballots continue to roll in, and is now up by just 75k votes with 86% reported. NBC and other organizations still see the race as too close to call.

So, when can we expect a final result? Right now it is unclear when the remaining states will declare due to the sheer volume of mail-in ballots. We could be waiting until tonight or even tomorrow before a winner is eventually declared.

Congressional races aren’t breaking the Dems’ way: Despite looking like they’re on course to take back the White House, Democrats are unlikely to do the same with the Senate and face the prospect of a smaller majority in the House, CNN says. House Speaker Nancy Pelosi described the night as “challenging” as seven Democratic House representatives lost their seats and gained only two seats in the Senate. With the Senate currently neck and neck at 48-48, it still remains possible that the Democrats could eke out a tiny majority, while in the race for the House, Republicans are trailing 190 to 205.

Investors don’t seem phased at all by the state of affairs, with stock markets surging yesterday on what Reuters says are hopes for gridlock in Washington. Asian markets are up in early trading this morning and futures point to European markets and Wall Street following suit later today. Seemingly ignoring the slimmer chances of a sizable stimulus bill with a Republican Senate, the newswire says that political dysfunction is now being seen positively in that legislators will be unable to make any major policy changes.

But major policy changes are exactly what the country needs, says El Erian: A divided electorate and a split Congress will present huge challenges for the country in solving the current health and economic crises, markets sage Mohamed El Erian writes for the Financial Times. The results of the election mean that the country may be “both unwilling and unable to embark on the decisive measures needed,” he writes. In the short term, varying state policies toward battling covid-19 will likely fail at appropriately curbing the virus, while in the long term continued reliance by the Federal Reserve on ineffectual monetary policy tools may distort markets and do little to stimulate spending, creating a slump that could reverberate across the global economy. 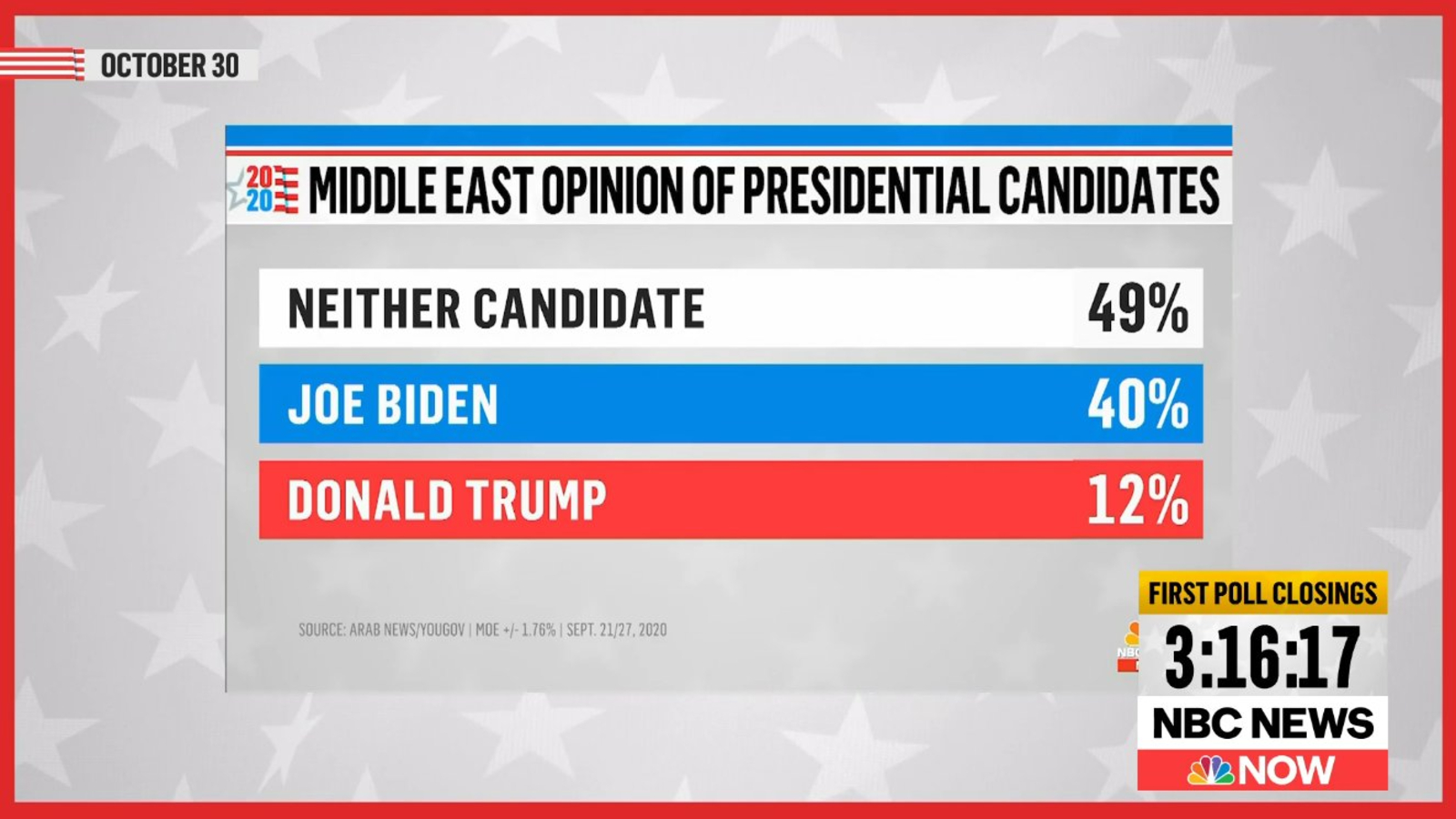 Over in our neighbourhood, people would rather that both of them lost the election. The majority of people in the Middle East don’t want to see Trump or Biden make it into office, according to a survey conducted by Arab News and polling firm YouGov in which 49% of respondents chose neither candidate when asked who would be better for the Arab region.

The Cityscape real estate exhibition kicked off yesterday and runs through this Saturday at the Egyptian International Exhibition Center in New Cairo. The exhibition was slated for March, but was pushed back due to the pandemic.

Netflix’s first made-in-Egypt original series debuts today. Paranormal is based on the best-selling books of Ahmed Khaled Tawfek. It stars Ahmed Amin and Razane Jammal and is already in our queue to watch this weekend. You can check out the trailer and teasers here on the official website.

Polls open for voters here at home on Saturday and Sunday, 7-8 November.

Other news triggers to keep your eye on:

The Health Ministry reported 207 new covid-19 infections yesterday, up from 197 the day before. Egypt has now disclosed a total of 108,329 confirmed cases of covid-19. The ministry also reported 13 new deaths, bringing the country’s total death toll to 6,318. We now have a total of 99,874 confirmed cases that have fully recovered.

We got our second warning this week about covid-19: Infections could double and deaths could increase threefold if people flout safety protocols compared to the expected figures if people do wear masks, according to a cabinet statement. Prime Minister Moustafa Madbouly warned earlier this week that some covid-19 restrictions could come back into effect if case numbers soar as citizens appear to have decided to ignore the pandemic’s existence.

Kids, you’re staying in school — at least for now: Schools and universities will not close in mid-November in anticipation of the second wave of the pandemic, the education and higher education ministries said, pouring cold water on rumors spreading across social media. Schools and universities will continue to operate as they are now with precautionary measures in place, the statement said.

EasyJet has suspended flights to and from Egypt in response to new lockdown restrictions in the UK, which has banned non-business travel overseas. According to the airline’s website, from next Tuesday the airline will not operate any flights to Sharm El Sheikh and Hurghada until 5 December when the travel restrictions are expected to be lifted. The carrier began operating a weekly flight to Sharm in the middle of October following a four-year hiatus, and was expected to increase them in November. Trips to Hurghada finally resumed in September following the disruption caused by covid-19.

Introducing the new Mesca Beach: an exclusive slice of island paradise where you can slow down and sunbathe or simply live it up by engaging in exciting beachfront activities, offered in abundance above and below Somabay’s mesmerizing sea. Powered by top-class utilities and exceptional service, Mesca Beach is a heaven on earth.

Ant Group’s planned USD 37 bn IPO was suspended to protect the stability of capital markets, the Chinese government said on Wednesday, according to the Financial Times. The record-breaking IPO was more than 870 times oversubscribed two days before it was set to debut. Analysts say new draft regulations introduced Monday are aimed at bringing Ant, which issues 10% of China’s non-mortgage consumer loans, under stricter government control.

Saudi Arabia is reforming its “kafala” sponsorship system. The Human Resources and Social Development Ministry’s Labor Reform Initiative will allow private sector migrant workers to change jobs without the permission of their employers — but only when their contracts end — and enable them leave and re-enter the country without their employers’ approval, the ministry said in a statement.

The Dubai Financial Services Authority is ramping up its oversight of firms after private equity outfit Abraaj collapsed following misuse of investor funds in 2018 and Al Masah Capital was liquidated this year after allegedly misleading investors about fees, Bloomberg reports. Peter Smith, managing director of the DFSA, said the regulator is “placing great scrutiny on the way in which firms structure themselves,” but stopped short of naming specific regulatory changes.

Other international stories that should be on your radar:

Prospective MBA students are staying away from US universities amid pandemic travel restrictions, online-only classes, and harsher immigration policies, says the Wall Street Journal. The number of overseas students enrolling in international MBA courses offered by European and Canadian universities, has meanwhile surged, jumping 55% in the Imperial College Business School in London. By way of comparison, international representation at Wharton School’s two-year MBA program fell to 19% for the class of 2022 from 30% for the class of 2021. 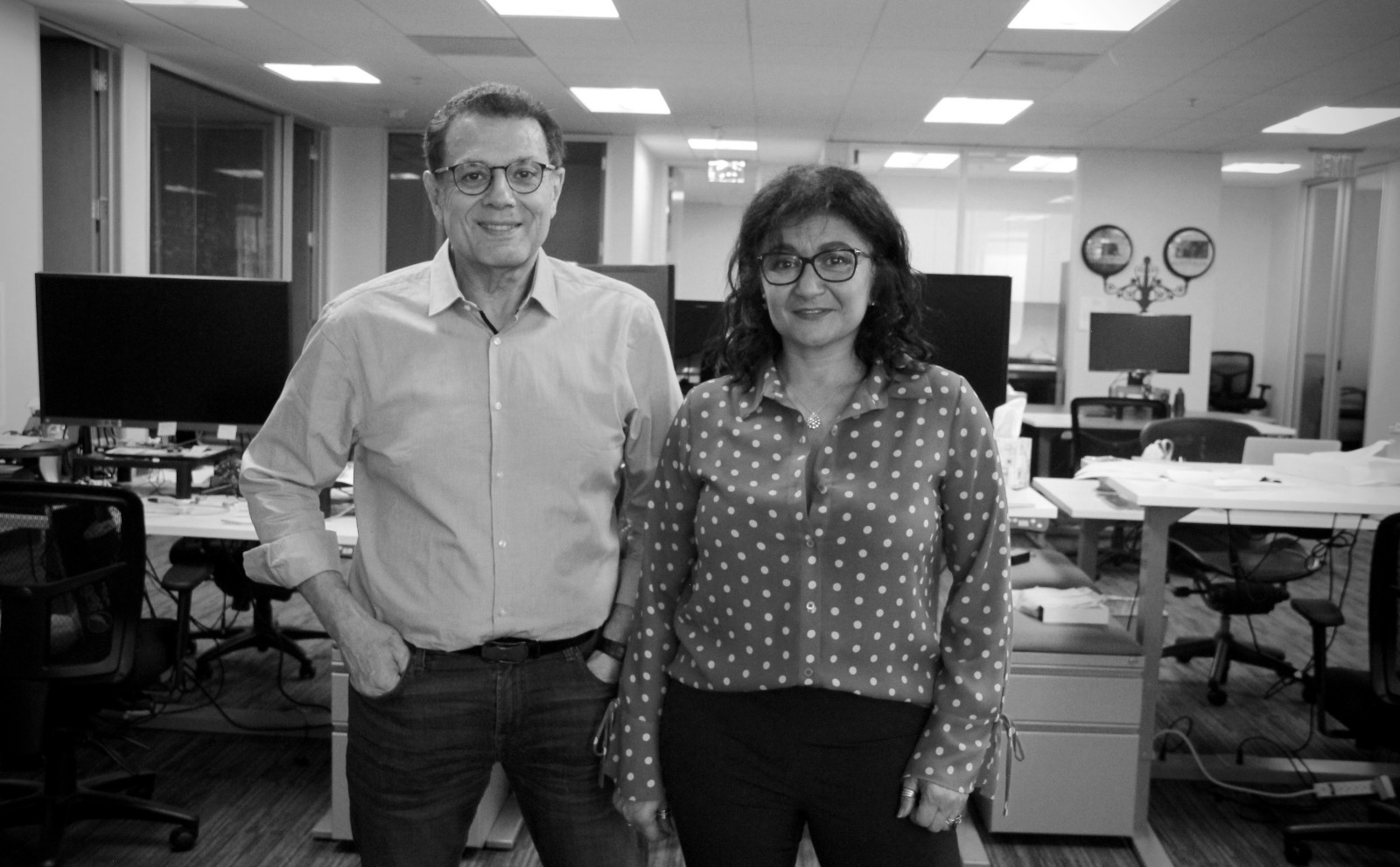 It’s Making It Day: Our latest episode of the third season of our podcast on building a great business in Egypt is out today.

Hisham Shawki and Nancy Zayed, co-founders of MagicCube: To call this episode’s guests tech veterans would be a massive understatement. The two earned their stripes building the tech industry in Egypt — and then went on to shape how we live today with stints at Apple, Netscape and Palm.

As good as hardware, but with less hassle: Until recently, the fintech industry relied on hardware-based security. Zayed and Shawki built the first software-based replacement for traditional payment terminals, and through their new product i-Accept, hope to target the USD 48 bn POS hardware market. By cutting these costs down for acquiring banks, MagicCube tech can enable a bigger segment to access the banking system, a strategy that has attracted investments from global players like Visa and CIB’s venture capital arm CVentures.

There has to be another way: Zayed and Shawki highlight the importance of questioning the boundaries of what’s technologically possible, creating a culture of constant learning and improvement, and building a team that is comfortable calling you out on a bad idea.

Tap or click here to listen to the episode on: Our Website | Apple Podcasts | Google Podcasts | Anghami | Omny. We’re also available on Spotify, but only for non-MENA accounts. Subscribe to Making It on your podcatcher of choice here.