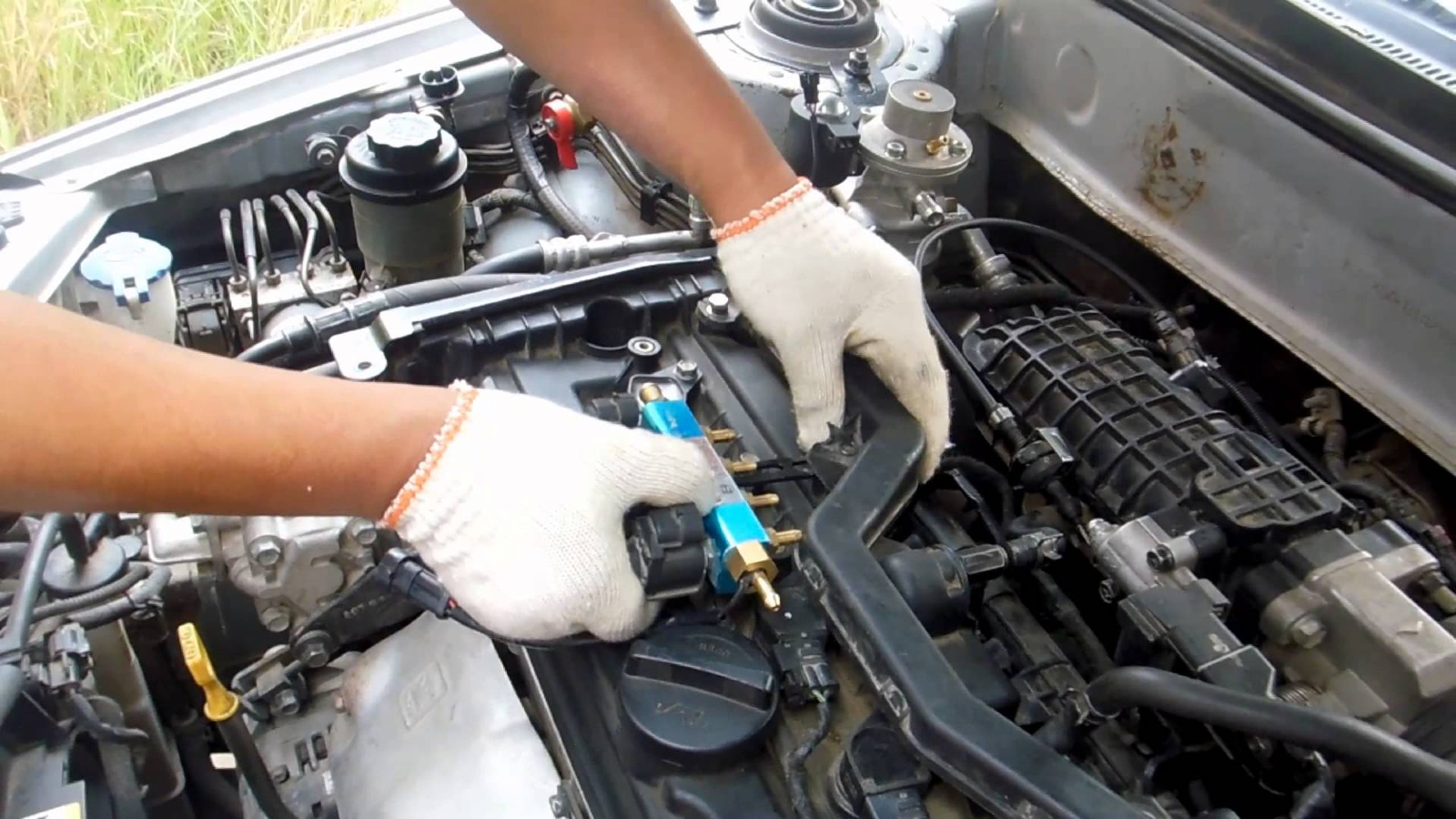 How feasible is the plan to replace gasoline-fired cars with dual-fuel vehicles — the role of the auto industry. This is the third and final instalment of our dive into the El Sisi administration’s plan to fast-track the replacement of traditional gasoline-fired car engines with dual-fuel engines that primarily use natural gas. In Part 1 of our three part series, we explored the origins of the plan and how it was formulated to cut our oil import bill (and the budget deficit), cut pollution, and provide a cheaper source of fuel for car owners by maximizing our surplus gas supply. In Part 2, we looked at the plan’s enormous scale, the funding and infrastructure challenges it poses, and the solutions presented to address them.

In Part 3, we look at the final node of the plan: the supply of dual-engine vehicles. For that, we turn our attention to the automotive industry, which has to supply them. We look at how disruptive the plan is for the sector as it stands and what they will need to buy into it. We also explore alternatives to natgas, and why we’re taking this route and not the EV route. We wrap by providing our verdict on how feasible is the plan in actuality.

Auto industry begins adapting to the new order: Egyptian auto importers will plan to bring in cars from abroad equipped with the dual engines, while local assemblers will be adding this feature in the cars they assemble here, Amr Soliman, chairman of Al Amal Automotive Group, told Enterprise. He tells us that his company has already signed up with Gastec and Car Gas to convert Lada, BYD, and King Long microbuses to run on natgas.

Several companies have begun taking serious steps to increase dual-engine production capacity on their assembly lines in Egypt, including Nissan, whose agent in Egypt El Saba Automotive has made a request to the Trade and Industry Ministry to approve a production line capacity increase, the company’s chairman Alaa El Saba told Enterprise. This increase in mass production would also help bring down manufacturing costs, lowering prices paid by consumers, he said. A source at GB Auto also told us that the company has already been assembling cars locally that can be converted to run on natgas.

Either way, consumers are going to be paying more, and the perennial import vs. locally assembled debate looks set to continue. Cars imported with dual systems will cost more than traditional gasoline-powered vehicles, and there are already signs of debate over whether it is less expensive to fit a completely-built up vehicle with a dual-fuel system before it is shipped into Egypt or whether local cost advantages will give domestic assemblers the price advantage.

Supply could fall short of demand in the short term since only a few imported models come equipped with dual-engines, as most of the world, especially Europe, is turning to hybrid and electric vehicles, several market players told Enterprise.

That’s not to say it isn’t doable: That is not to say that natgas is not popular, as many automotive companies have been ramping up their production of natgas-powered vehicles, with some 68 models (pdf) of passenger and commercial vehicles all running on duel-fuel systems.

But how disruptive is this retooling of the auto industry? Auto companies have been receiving mixed signals from customers. GB Auto, for example, says that they do not expect a drop in demand from car buyers beyond the current slowdown in sales (which we explored in greater detail here). However, Khaled Saad, secretary-general of the Egyptian Association of Automobile Manufacturers, told Enterprise that the state of uncertainty amid the lack of a clear timetable has confused consumers who were considering buying a car but have put their plans on hold until the government provides more clarity over the conversion project. That said, he noted that the market has already been suffering the repercussions of the covid-19 pandemic so he couldn’t quantify the extent of the recent announcement on the market.

Automakers want some help to buy into the plan: The industry wants government to spur vehicle sales through tax cuts, Al Amal’s Soliman tells us. Distributors want cars to be declared exempt from the 14% VAT, and industry players are calling for customs to be lifted on imported components for duel-fuel vehicles. They also want to eliminate a 3% development tax on natgas-powered vehicles.

Other industry players want the government to lengthen the implementation timeline for the plan to 10 years from five, including El Saba who says that the plan in its current form will pressure manufacturers, conversion stations, and consumers.

Why natgas when EVs are obviously cleaner and more efficient? Both EVs and natgas-powered vehicles have significant infrastructure requirements, but the two differ in efficiency, according to Forbes. A natgas-fueled vehicle can travel 175 miles per mmBtu of natural gas, while EVs can travel 325 miles from the electricity produced from 1 mmBtu of natural gas, according to a report by the US Department of Energy (pdf). The same report also highlights that, in terms of preserving the environment, EVs are the obvious winners, producing 200 gram/mile of carbon dioxide emissions against 390 gram/mile for natgas-powered vehicles.

The short answer: The government wants to do this quickly, several experts told us. Egypt still has little in the way of infrastructure for supporting EVs, making mainstreaming them that much more expensive and time-intensive compared to natgas vehicles.

Then, there’s the price of an EV: The cost of EVs could reach over EGP 1 mn – which would come far beyond the spending power of most Egyptian consumers whose purchases of cars are usually below EGP 200k, Khaled Saad told Enterprise. Paying an additional EGP 10k above current prices for a car to run on gas would not be as expensive, especially if banks were to step in and offer installment services or if the government was to subsidize the cost of conversion. Although the government has announced an EGP 500 mn plan to assemble 25k EVs a year, a source at GB Auto told us that the high prices of EVs, the absence of incentives and infrastructure, and a general lack of consumer awareness all make natgas cars the obvious choice over EVs.

Around the world, EVs have more momentum — but only when natgas is expensive. The abundance of natgas in several countries around the world has pushed them to adopt pro natural gas vehicle policies, including wealthier economies like Australia (pdf). In less developed economies, the penetration rate of natgas-powered vehicles is even higher. For example, the ratio in Pakistan stands at 79.67%, while in Iran, over 27% of all vehicles are running on natgas.

Even in Europe, the figures are rising, as governments, including Italy, started investing heavily (pdf) in infrastructure to support natgas vehicles. In 2019, the number of natgas filling stations was up by 50% compared to 2018 as natgas-powered heavy-duty vehicle registrations nearly tripled in the same period.