How feasible is the plan to replace gasoline-fired cars with dual-fuel vehicles? 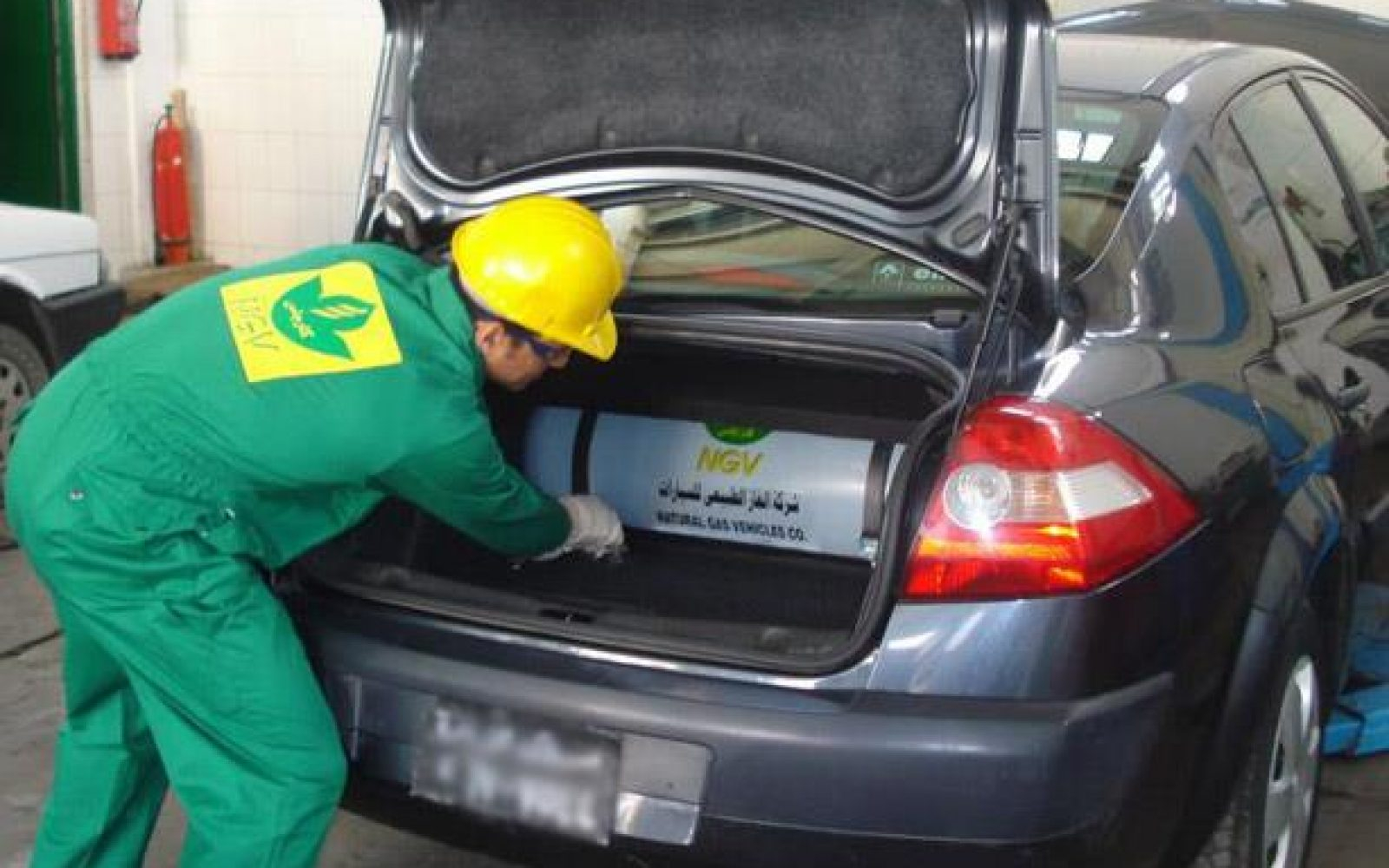 How feasible is the plan to replace gasoline-fired cars with dual-fuel vehicles? The Sisi administration recently announced a plan to fast-track the replacement of traditional gasoline-fired car engines with dual-fuel engines that primarily use natural gas. Up first: Taxis, which the local press reported earlier this week will need to convert to a dual-fuel system as a condition of renewing their licenses. In part one of our three-part series on the plan, we looked at the origin of the initiative.

Today, we explore the challenges, particularly on the financing and infrastructure sides of the equation.

CHALLENGE #1- Money. Financing the conversion or replacement of old cars comes with a hefty price tag, starting with the cost of vehicles themselves and extending to where the cash will come from to build out a capable national filling network. Trade Minister Nevine Gamea has estimated that 1.8 mn cars will either be converted or replaced at a cost of EGP 320 bn. The first stage would see 147k cabs and microbuses converted to run on both gasoline (or diesel) and natgas, which would take up to three years at a cost of EGP 1.2 bn. She expects the next step would see the replacement of 240k microbuses that run on diesel — a process that would cost about EGP 53 bn. Next up: 50k cabs that are more than 20 years old that would need to be replaced at a cost of EGP 10 bn.

By far the biggest expenditure: The replacement of 1.3 mn passenger cars over 20 years old at an estimated cost of c. EGP 250 bn. Each of those cars will be taken off the road in favour of newer vehicles with dual-fuel engines.

Who’s going to pay for it? Everyone, from taxpayers to individual vehicle owners by way of (we expect) development finance institutions — and don’t be surprised to see a state-floated green bond or two thrown in for good measure.

Expect private car owners to pay out of pocket for converting their cars if conversion is made mandatory to license a new car or renew and the license of an existing vehicle, Khaled Saad, secretary-general of the Egyptian Association of Automobile Manufacturers, told Enterprise.

The Sisi administration will likely make funding available to banks to on-lend to vehicle owners who need help paying for it. The government is working on providing guarantees to banks to provide soft loans to customers who will convert their vehicles, Finance Minister Mohamed Maait told us. This guarantee, he adds, will be coming from a new Consumption Finance and Guarantee Fund. It will be about EGP 2 bn in size at the outset.

Gasoline prices will go up: The Oil Ministry could classify gasoline as a luxury good and price it accordingly, ministry sources tell us. It’s simple economics: Use state power to make the undesirable thing (gasoline) more expensive and watch consumer behaviour change. The administration effectively did the same thing with subsidy cuts that made electricity and petroleum products more expensive.

The state will also promote a trade-in initiative. The Trade and Industry Ministry is looking at a program that will give owners of cars that are older than 20 years an incentive to sell them to the government, according to Youm7. Sellers would then get a sum they can use as a down payment on a dual-fuel car — likely with a bank loan on the side.

CHALLENGE #2- Infrastructure. Car owners won’t convert if they have to wait in line for a day to top up their tanks, and it’s clear that the nation’s 190 natgas filling stations aren’t sufficient — we have nearly 2,900 traditional-fuel stations. Most of traditional stations are private-sector-owned, but some are owned and operated by state-owned companies.

Oil Minister Tarek El Molla said earlier this month that he has a plan to build out a national network of natgas stations, each with a capacity of 1.3k cars per day, but stopped short of specifying how much of the program will be left to the private sector. Former EGPC deputy chief Medhat Youssef tells us he expects the state to roll out 100 stations in the first wave. The plan to roll out new filling stations has apparently been in the pipeline for almost a year, with the central bank looking at how to provide low-cost funding for the program, according to Youm7.

Not every station will need to be newly built — existing filling stations could themselves add natgas handling alongside diesel and petrol, AUC petroleum engineering professor Gamal El Kaliouby told us.

CHALLENGE #3- How fast can we convert vehicles to run on natgas? Only 300k out of 11 mn licensed vehicles run on natural gas, according to a Reuters report last year. Some 6k cars were converted in each of 2015 and 2016 and maybe 50k last year — that’s probably enough to do all 147k cabs and microbuses in three years. But the system could be overwhelmed if passenger car owners are prompted to make the conversion ahead of schedule.

An old state-owned company may be revived to build up the infrastructure: To meet these infrastructure challenges, the government is considering reviving Safi Misr, a state company that will partner with Italy’s Landi Renzo, with the aim of accelerating the establishment of conversion and fuel stations, Oil Ministry sources tell us. The company would firstly import gas compressors to absorb the initial demand and eventually look to manufacture them here.

Expect there to be room for the private-sector, too. Youssef, the former EGPC official, says he believes the Oil Ministry will invite the business community — potentially including foreign investors from Korea, Italy, China and Italy — to enter the field. And the state itself could set up new conversion companies, AUC’s El Kaliouby said.

CHALLENGE #4- Convincing car owners to go to the expense and hassle of conversion, though the answer here may be as simple as saying, “It’s the law — do you want a new license or not?”

NEXT WEEK: We ask how the automotive industry is reacting to the plan — and wonder whether this might (sensibly, given our national natgas bounty?) push back by a decade or more the adoption of electric vehicles in Egypt.