Inflation rises for the first time in six months in November 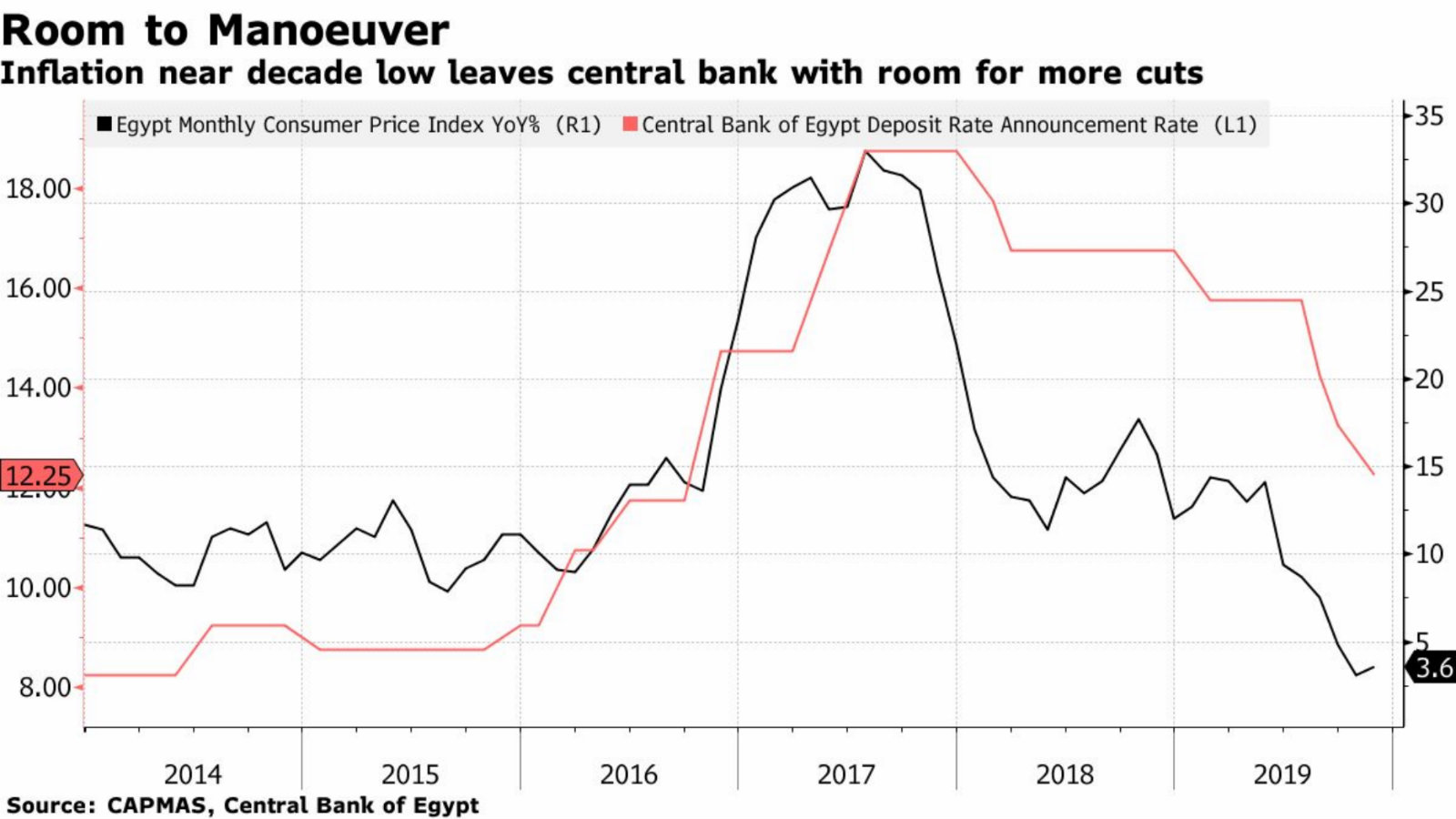 Inflation rises for the first time in six months in November: Annual urban inflation rose slightly to 3.6% in November from 3.1% in October, ending a six-month spell of disinflation, according to official data published yesterday by Capmas (pdf). Prices fell 0.3% on a monthly basis compared to 1% growth in October, led by a 4.6% decrease in food and beverage prices. Annual urban inflation had fallen more than 10% in the six months from May, when it measured 14.1%.

Core inflation continues to fall: Annual core inflation fell 60 bps to 2.1% in November, while on a monthly basis prices fell by 0.1% compared to 1.1% growth in October, the Central Bank of Egypt said (pdf).

What’s going on? The favorable base effect is coming to an end. Naeem Brokerage economist Yara Elkahky told Reuters that the rise, which is in line with the brokerage’s forecast, was due to “unfavorable base year impacts.”

Inflation forecast to rise again in December: Inflation will climb again to between 6-7% in December, Mohamed Abu Basha, head of macroeconomic analysis at EFG Hermes, told Bloomberg. Radwa El Swaify, meanwhile, forecasts inflation to reach 6.5-7.5% this month due to the fading base effect of food prices. Both of these estimations remain within the CBE’s 9% +/-3% target range.

CBE to play it safe in its final meeting of 2019? Abu Basha says that the central bank is unlikely to cut interest rates when its monetary policy committee meets on 26 December and will instead wait until the December and January inflation figures are released before possibly moving ahead with a 50-100 bps cut in 1Q2020. The CBE made its third consecutive rate cut last month in an easing cycle that has seen rates cut by 350 bps since August, and 450 bps over the course of the year.

But the CBE is still on track to cut rates in 2020: El Swaify told Bloomberg that the CBE is likely to agree to a 150 bps cut sometime during 1Q2020, with a similar sized cut coming towards the end of the year. Meanwhile, participants at a conference yesterday predicted that the CBE will cut rates by 100-200 bps during the course of the year. The National Bank of Kuwait is much more bullish, saying it expects the CBE to cut interest rates by 300-400 bps in 2020, assuming inflation remains in check, according to Al Mal.