With a surplus of electricity, why do we still get power cuts – part 2 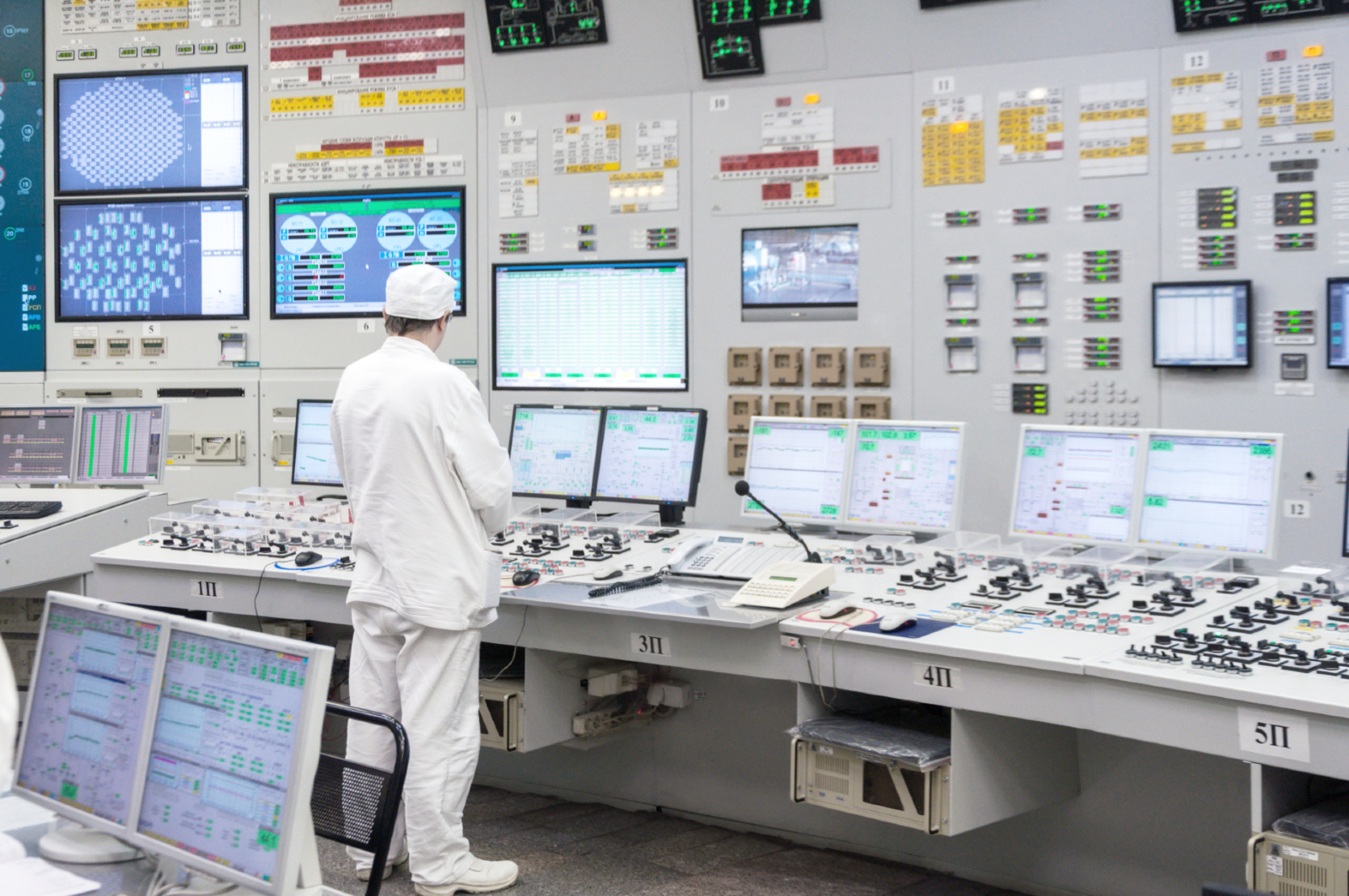 How the smart grid can help stop power cuts and improve energy efficiency: We’ve been working to figure out why, in an era in which we have a surplus in electricity generation capacity, power cuts remain a persistent issue. Egypt has perhaps 58 GW of generation capacity, while peak consumption demand during the summer is in the range of 30-32 GW. In Part 1 of this series, we found that the issue is that our investment in generation capacity has far outpaced the rate at which we’ve added capacity to (and strengthened) the transmission networks that make up the national grid. We also explored what policymakers and private sector companies are doing to upgrade the grid, the costs of these plans, and the timeline laid out to get this all done.

Today, we ask: What would it take to make this grid “smart”? 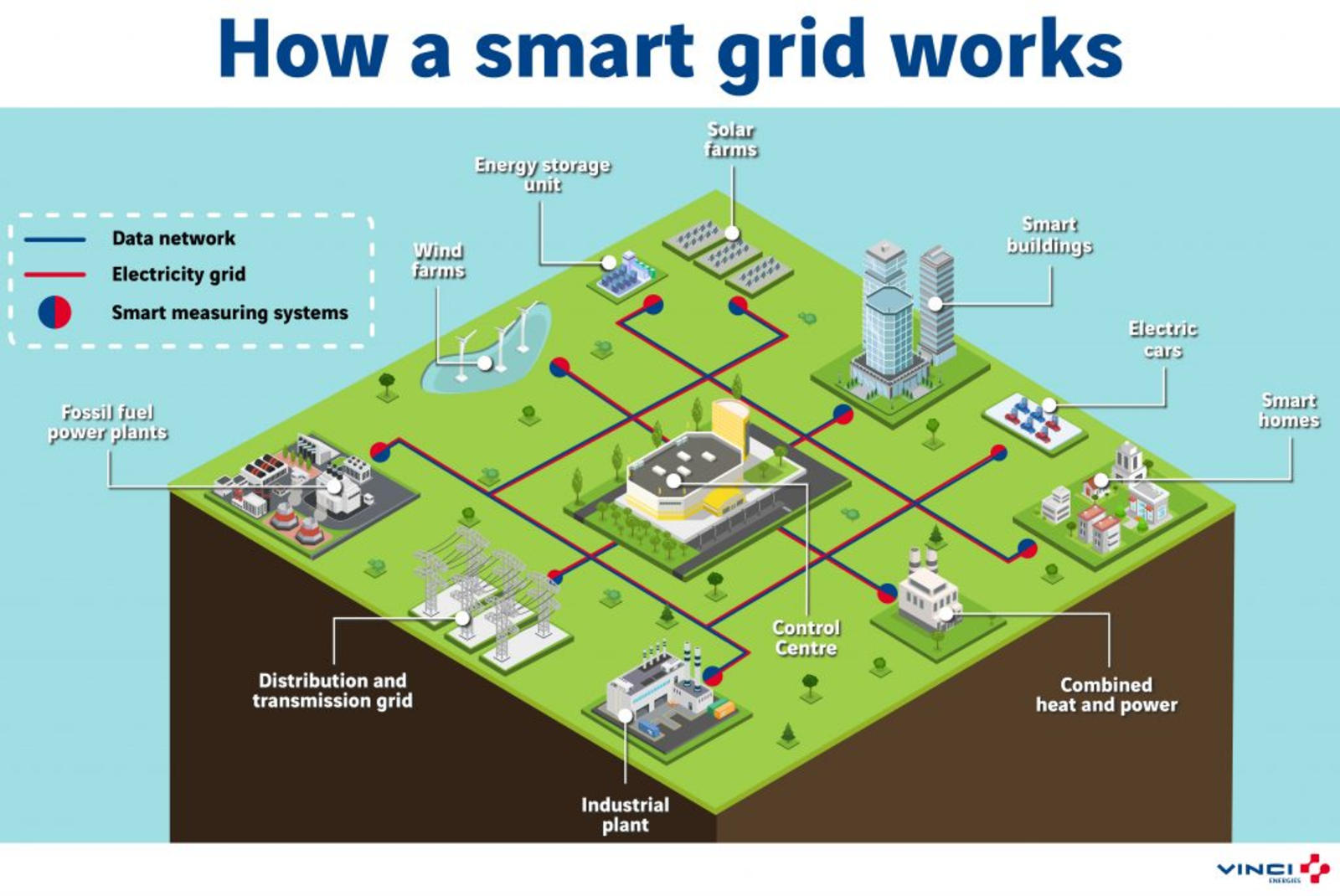 How is a smart grid different from the current (traditional) one? A smart grid allows electricity distribution companies to analyze big data on the consumption of electricity using sophisticated servers and IT infrastructure embedded into control centers, former head of the New and Renewable Energy Authority (NREA) Mohamed El Sobky tells Enterprise. This also allows companies to anticipate problems with the grid or malfunctions in different parts, making the electrical system more reliable and efficient. The grid also helps to cut back on lost electricity, as engineers are able to keep a close eye on the performance, anticipate problems before they occur, and quickly maneuver to avoid interruptions, Mohamed El Hefnawy, power systems marketing director at Schneider Electric North-East Africa and the Levant told Enterprise. The new grid would also come with smart control units for street lights, which the ministry is piloting in Port Said before rolling them out to the rest of the country, sources have told Al Mal.

Control centers are the main ingredient in a smart grid: The plan includes the establishment of 47 smart control centers nationwide, some of which are already under construction. These centers will replace Egypt’s current six control centers and build some more to better control and oversee energy consumption in Egypt, Al Mal reported previously.

Smart grid design comes with energy storage in mind to maximize efficiency and allow us to better use renewables: Electricity that is produced isn’t always consumed due to the varying and often unpredictable behavior of consumers. In traditional grids, that energy would simply go to waste — partially because traditional grids are not designed to store electricity that is not used immediately. Meanwhile, renewable energy sources, such as solar and wind, aren’t always reliable, since clouds may block the sun for days or wind farms can stop spinning in the absence of strong wind, El Sobky tells us. As Egypt looks to increase its reliance on renewable energy, storage has become a priority to account for the days when the weather is not on our side, he added. But you can forget about opting for the battery route, as the investment required to allow for the storage of just 1 kWh of electricity in a battery is “major” and simply not feasible, El Sobky says. Storing electricity in a lithium-ion battery costs around USD 1k per 1 kWh, according to Vox.

That’s why Egypt is looking to incorporate methods such as pumped-storage hydroelectricity stations to its smart grid design. This method stores energy by using surplus electricity to pump water to a higher elevation, where it remains until the electricity is needed again. When the need arises, this water is then allowed to flow downstream towards turbines that generate roughly the same energy used to pump it upwards, says El Sobky. This is expected to bring down the cost of storage to around USD 18 per 1kWh, according to our in-house calculations. The Egyptian Electricity Holding Company was in talks last year with China’s Sinohydro to inaugurate a hydroelectricity station at Attaqa. The final contracts were scheduled to be signed earlier this year, but the timeline has been pushed back due to the outbreak of covid-19. Last we heard, the plant would be financed through an Export-Import Bank of China facility to the tune of USD 2.6 bn and is expected to store 2.4 GW of energy.

The grid’s reliability and efficiency are also getting a boost from digital power transformers, including 14 that Siemens has supplied for the Kafr El Sheikh and New Zagazig substations. Siemens is also engaged in a long-term plan with the Egyptian Electricity Transmission Company till 2025 to ensure safe and efficient transmission of the generated power, according to an emailed statement. The company has been extending lines and upgrading substations, especially in new cities, such as the new administrative capital and New Mansoura. It recently finalized the delivery and handover of two new “supervisory control and data acquisition systems” in Upper and Middle Egypt respectively, which includes the delivery of all software and related-hardware and all civil and electromechanical works, including the connection of 150 substations to the national grid as well as the installation works, commissioning, and training services.

Another component of a smart grid is prepaid meters, which are meant to put an end to electricity theft. Between June last year through April 2020 in Giza alone, the ministry has filed 317k lawsuits alleging households and commercial outlets had illegally connected to the grid, which costs the state over EGP 285 mn, Electricity Ministry spokesman Ayman Hamza told Enterprise. He expects the introduction of prepaid meters would put an end to this. The Electricity Ministry installed some 9.5 mn meters nationwide so far during that time period, Hamza told us.

Meanwhile, the Electricity Ministry is piloting a program to encourage households to install new smart meters that allow customers to track and regulate their own consumption, El Sobky notes. These meters would be connected to panels that will be smart enough to identify which unused appliances are connected to outlets and send alerts advising the customers to disconnect them, El Sobky explained. Better yet, even if a power cut is inevitable, these household smart systems will enable electricity distribution companies to notify customers, he added. So far, out of 250k meters targeted by the ministry, some 186k smart meters have been installed — mainly in Greater Cairo, but also in Alexandria, Upper Egypt, and the Delta, Al Mal reported, citing ministry sources.

The first phase of work to rebuild the grid has already begun: The Electricity Ministry is rolling out smart control centers in different areas around the country over five phases, which is expected to take around 10 years, Al Mal reported. Out of 15 control centers the Electricity Ministry has been planning to sign contracts for this year in Cairo, Alexandria, Upper Egypt, and the Canal region, Schneider Electric has already snapped up four of them at a cost of EGP 4.7 bn and would be ready within 30 months, El Hefnawy told Enterprise. To finance the project, EETC has sought loans worth EGP 37 bn from local banks, of which EGP 18 bn have already been approved back in 2017. The remaining 11 contracts will be signed this fiscal year on a turnkey basis, including 10 with Schneider Electric and one with General Electric in Alexandria, Hamza said. Siemens has also been awarded a contract by EETC to carry out a series of five-year grid studies to analyze and examine the country’s transmission network, to identify the feasibility of deploying different advanced energy technologies. The studies look at the potential role of smart technologies to transform the grid, as it continues to reflect the changes in the way energy is generated, distributed, managed and also stored. In this study, Siemens has used new software tools and modules to increase the capabilities of the EETC planning team.

Although covid-19 has slowed things down a bit, the ministry is still on track to completing the control center one step at a time, Hamza said. After completing the first phase, the ministry will offer more contracts for the remaining centers, which would depend on priorities and needs. The ministry is setting its priorities based on strategic needs — such as to fire up power plants in the Suez Canal Economic Zone and the new administrative capital — as well as development needs, like connecting the grid to poorer regions or areas that are outside the core grid’s current coverage — such as Marsa Alam. That said, Siemens has been working with the government to train engineers, using the region’s first virtual reality training program, which allows electricity companies to remotely test, validate and train employees.