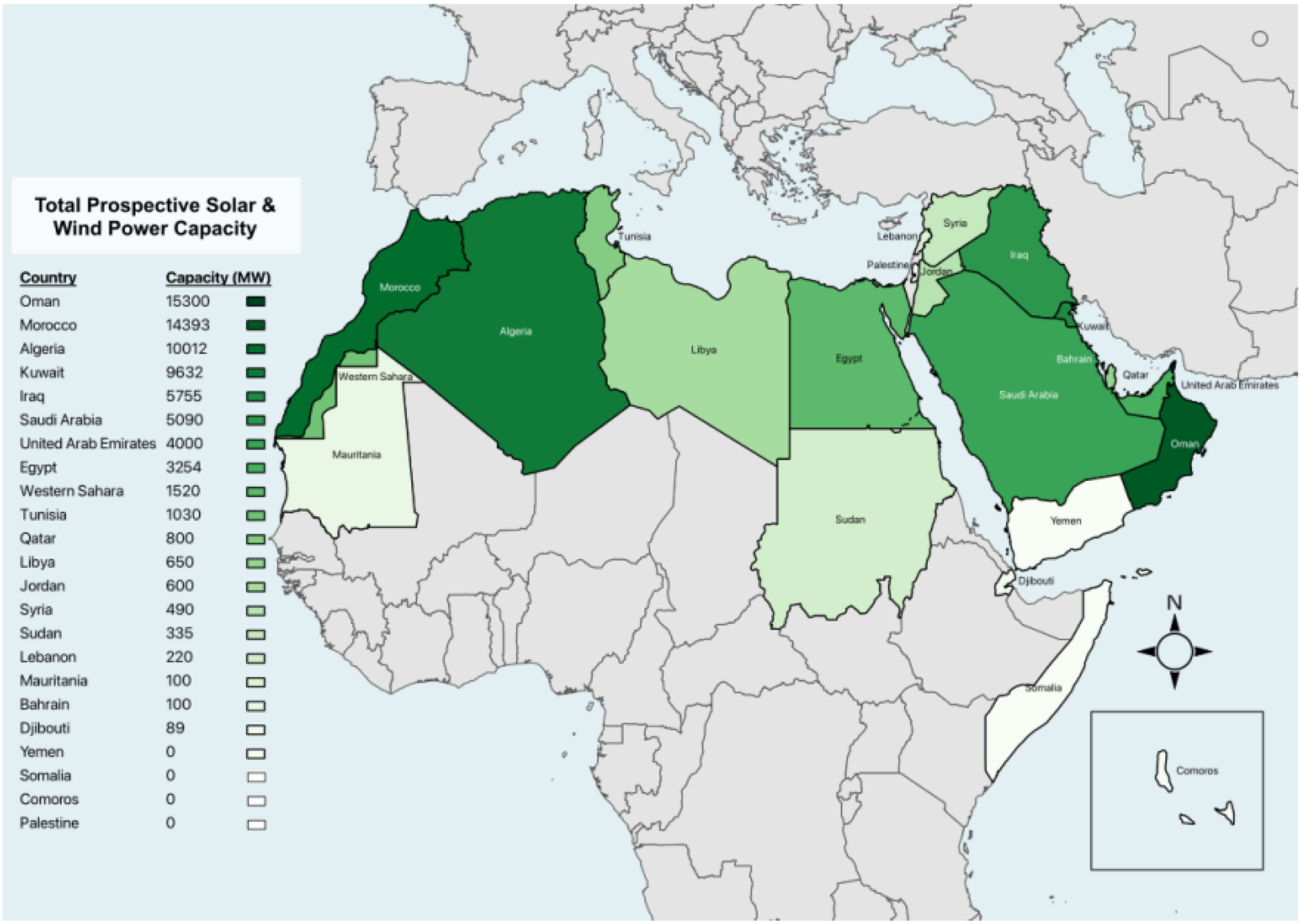 Our neighbors in MENA are following our lead on wind and solar energy — and could overtake us: Egypt is a solar and wind powerhouse, with local utility-scale projects generating a total of around 3.5 GW of energy each year, according to a new report (pdf) from US-based nonprofit Global Energy Monitor, which tracks renewables projects. That’s more than any other Arabic-speaking country, and nearly 1 GW more than second-place UAE. But as the Arab League pursues an ambitious plan to push regional renewable energy capacity to 80 GW by 2030, megaprojects slated by our neighbors could see us slip regionally, the report says.

Right now, we’re leading the pack: Egypt “is the region’s wind leader,” according to the report, with a current capacity of 1.6 GW. And when it comes to solar we generate 1.9 GW, second only to the UAE, which produces some 2.6 GW of renewable energy from the sun’s rays (but has no current wind power capacity).

There’s a huge amount of fresh capacity in the works across the region: Total utility-scale solar and wind capacity across the region is currently only 12 GW, but that figure could grow more than sixfold to hit 73 GW by 2030 if all the projects that have been slated come to fruition, Global Energy Monitor says.

New kids on the block: Oil rich countries with little current renewables capacity like Oman, Algeria, and Kuwait have big plans to pivot to renewables through mega wind and solar projects, while Morocco is also angling to become a regional renewables leader. Morocco plans to add some 15.3 GW by 2030 — which would make it the new regional leader in wind and solar with 16.3 GW.

The report projects that we’ll have slipped to fifth place by 2030 with a total 6.8 GW of wind and solar capacity — nearly double our current capacity, but not enough to keep up with those emerging new top four. That said, 100% of the additional 3.3 GW the report expects us to add should come online by 2024 — meaning there’s plenty of upside potential for us to overshoot. And another caveat: The report only covers large-scale projects of more than 10 MW.

Prospective wind projects in Egypt are estimated to bring about 2.3 GW in new capacity by 2030, with some 750 MW of that already in construction or development, and the rest announced but not yet underway.

Not as much new solar capacity is coming online by the end of the decade, with only around 800 MW in construction or development and another 100 MW announced. Meanwhile, some 740 MW worth of new local solar projects have been shelved and almost 550 MW canceled, according to the data.

Why have we slowed our game? The global collapse of oil prices and reduced electricity demand during the pandemic saw overcapacity become an issue. The government in summer 2020 set limits on renewables generation to tackle that, leading sector insiders to predict a slowdown in investment in the following 18-24 months.

Though we’re now seeing signs of what could be the start of a rebound: Players from the Gulf have been investing more heavily in our local renewables sector in recent weeks, as the state pushes for more FDI amid global volatility. Alhokair Group subsidiary FAS Energy recently announced plans to invest some USD 450 mn to construct a 500 MW solar plant. Meanwhile, Saudi Arabia’s ACWA Power and Hassan Allam Holding last month said they would develop a 1.1 GW wind farm in the Gulf of Suez. The USD 1.5 bn project will be one of the largest onshore wind farms in the world, and the largest in the Middle East.

That’s not counting other forms of renewables: Egypt’s overall renewable capacity is set to rise by 68% or 4 GW over the coming five years, according to an International Energy Agency (IEA) report we covered in Going Green late last year. That would bring the country’s total renewables capacity to around 10.1 GW from 6.1 GW currently, including wind, solar, biofuels, and hydropower.

And we’re forging new frontiers in green energy: “When it comes to green energy storage, Egypt again looks to be a frontrunner in the region’s renewables energy space,” the report reads, noting plans by the Sovereign Fund of Egypt alongside Scatec, Fertiglobe and Orascom Construction to launch our first green hydrogen plant in Ain Sokhna as soon as this year. The government has signed some USD 14 bn worth of preliminary agreements for further green hydro and green ammonia projects, giving it a potential pipeline of 11.6 GW (equal to around 1.57 mn tons of hydrogen a year). That’s more than triple the planned wind and solar expansion, giving a sense of how the state’s priorities have shifted.

So what’s behind this “race to the top” in regional solar and wind generation? Europe’s scramble to replace Russian fossil fuels, in part. Setting up renewable energy capacity for export to foreign markets is partially behind the push, “especially given the increasing urgency with which European countries are seeking alternatives to gas imports,” the report says, in a nod to the continent’s need to find alternative energy sources to reduce its reliance on Russian gas after relations soured over the invasion of Ukraine.

We’re no exception: Hopes of becoming a green energy hub for export to our friends across the Med is driving some of our most ambitious green hydrogen and other green energy investments right now.