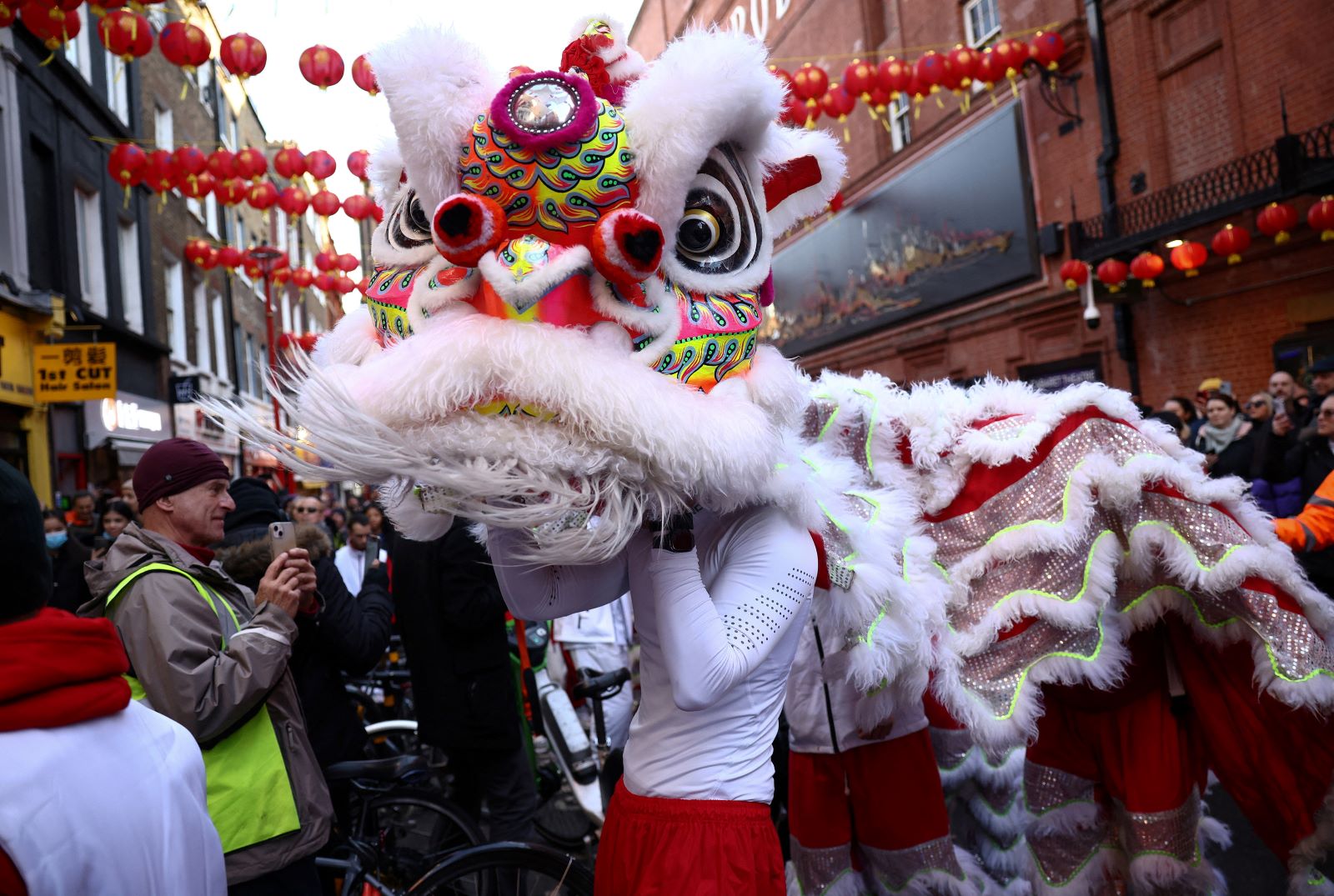 Good morning, folks, and a very warm welcome to the Year of the Rabbit. To our friends and readers celebrating the Lunar New Year, we wish you health and happiness.

We’re wishing particularly happy holidays to those choosing to spend them in Egypt: Cairo International Airport welcomed a group of Chinese tourists on board a Sichuan Airlines flight on Friday, the first Chinese-flagged flight to land in Egypt in years, the Civil Aviation Ministry said in a statement.

And more Chinese tourists could arrive soon: EgyptAir will resume flights to China in March after Beijing eased its covid-19 travel curbs, CEO Yehia Zakaria said during a presser on Friday, according to Al Shorouk. The flag carrier will operate 13 flights a week to cities including Beijing, Hangzhou, and Guangzhou, he said. Flights to and from China have been on a three-year hiatus due to the pandemic.

We have a holiday of our own this week: Thursday is a paid holiday for private sector employees to mark Police Day and the 25 January revolution, the Manpower Ministry confirmed in a statement on Friday, following an announcement by Prime Minister Moustafa Madbouly last week. We’re still waiting on similar announcements from the central bank and stock exchange.

EGP WATCH- The EGP slipped another 0.6% against the greenback on Thursday to 29.89 from 29.70 from the day before, according to the official central bank exchange rate. The EGP started the year at 24.70 to the greenback.

PRIVATIZATION WATCH- Prime Minister Moustafa Madbouly headed the first meeting of a committee formed to implement the state ownership policy document on Thursday, cabinet said in a statement. Attendees included everyone from the good folks at the Sovereign Fund of Egypt to the ministers of planning, finance, electricity, housing, agriculture, local development, industry, as well as the heads of GAFI and the military’s NSPO. The committee heard that the Cabinet’s Information and Decision Support Center is building a database of state-owned companies.

REMEMBER- Released in December, the final version of the privatization strategy charts how the government aims to more than double the private sector’s role in the economy to 65% and attract USD 40 bn in private investment by 2026. The government says it will reduce its involvement in a number of sectors via public share offerings, stake sales to strategic investors, and expanding public-private partnerships.

AND- We’re through to the quarter-finals of the International Handball Federation’s 2023 World Championship: The national handball team came through the group stage on top after beating Belgium 33-28 on Thursday and Bahrain 26-22 on Friday. We have one last showdown in the group stage with Denmark tomorrow at 9:30 pm CLT, but the result won't affect our chances. Details of the final fixtures are yet to be announced.

COME TO OUR NEXT ENTERPRISE FORUM- 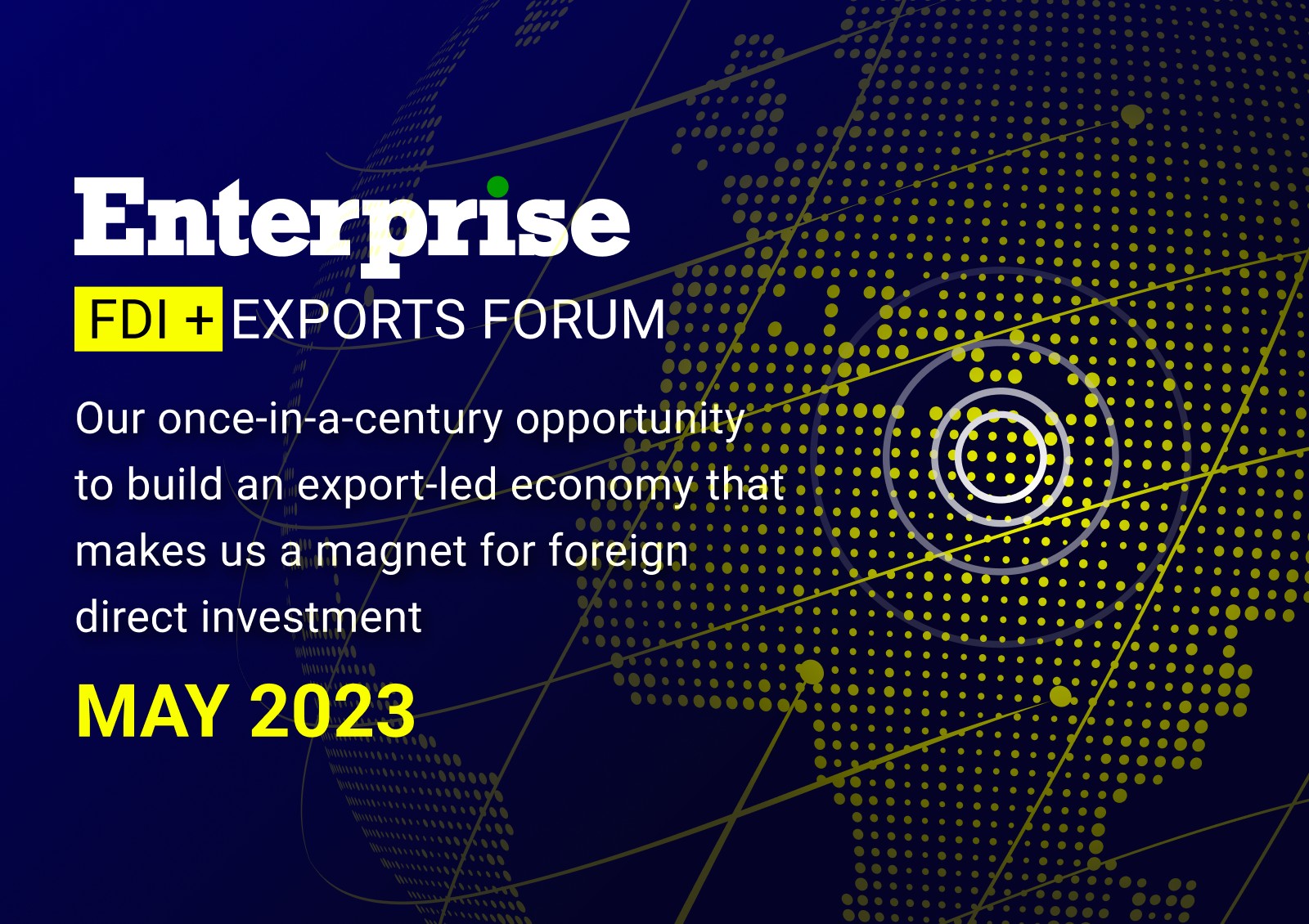 We’re excited to unveil our next C-level event: The Enterprise FDI + Exports Forum, where we will take a deep dive into two of the most critical topics affecting our community.

Exports and foreign direct investment (FDI) have never been more important to our economy — or our businesses — than in the wake of the float of the EGP. We think we have a once-in-a-lifetime chance to build an export-led economy that makes us a magnet for FDI and all the benefits that will come with it for our nation.

The Enterprise FDI + Exports Forum asks a simple question: Where do we go from here?

The Enterprise FDI + Exports Forum is the latest in our series of must-attend, invitation-only gatherings for C-suite-level business leaders, where they can talk openly and honestly about important issues in key parts of the economy. The gathering, which will take place in May 2023, will focus on how to start making moves across continents, including:

Think of the Enterprise FDI + Exports Forum as a hands-on lab for how to turn the float of the EGP into something that will turbocharge your company.

COMING IN MAY — stay tuned for updates.

Want to partner with us on the conference? Ping a note to Moustafa Taalab, our head of commercial, here.

The Senate is back in session today and tomorrow to discuss this year’s tourism promotion strategy, taxing teachers on their private tutoring income, and legislation to boost exports.

AND TOMORROW- Time to tax private tutors? Senators are set to discuss the possibility of imposing a 10% income tax on teachers who provide private tutoring, with the proceeds to be spent on improving public schools. Education Minister Reda Hegazy will also deliver a statement on education reform.

Hani Sonbol, CEO of the International Islamic Trade Finance Corporation (ITFC), is in Cairo, Al Mal reports. Sonbol will meet with government ministers to discuss the organization’s work in Egypt.

El Sisi heads to India on Tuesday: President Abdel Fattah El Sisi will lead a delegation including ministers and other officials on a three-day visit from Tuesday, 24 January to Thursday, 26 January at the invitation of Indian Prime Minister Narendra Modi, according to an Indian Foreign Ministry statement. El Sisi will hold bilateral meetings with Indian officials, meet with representatives of the local business community, and be honored as “chief guest” at celebrations to mark the 74th anniversary of Indian independence, the statement reads.

THE BIG STORY ABROAD- More goodies have been unearthed in the ongoing Easter Egg hunt that is the US Justice Department’s search for classified documents President Joe Biden has left places. The Financial Times, Reuters, AP News, the Wall Street Journal, the Washington Post, and the New York Times are all splashing the news.

In the business press, it’s going to be a busy — and likely brutal — week for tech earnings: US equity investors are entering the week with gritted teeth as Microsoft and Tesla headline a flurry of major earnings releases that will help reveal the state of the economy as many gird for a recession this year. In the tech sector at least, a recent wave of job cuts at major firms means hopes are not high. Bloomberg and the WSJ have more.

Having over-hired when times were good, tech giants are now slashing jobs hard and fast: At least 200k people have lost their jobs at US-based tech giants since the start of the year, including:

We, for one, will welcome our new robot overlords: Tyrell Corp Boston Dynamics over the weekend showed off the latest moves of its humanoid robot. Terrifying, yes. But that 360° backflip? (watch, runtime: 1:20)

AND- Add “getting a Wharton MBA” to the growing list of things AI sensation ChatGPT can do at least as well as you.

European Investment Bank President Werner Hoyer met International Cooperation Minister Rania Al Mashat to discuss next steps in the lender’s role as “main development partner” for the government’s landmark Nexus on Water, Food and Energy (NWFE) climate program, according to a cabinet statement. The pair met on the sidelines of the World Economic Forum in Davos, which wrapped last week.

REMEMBER- The government managed to secure some USD 10.3 bn worth of climate funding agreements at COP27 for NWFE, which seeks to implement some USD 15 bn worth of projects to turbocharge the country’s green transition, including an energy project worth USD 10 bn and eight food security, agriculture, and irrigation and water projects.

MORE ON CLIMATE FINANCE OUT OF DAVOS- ESG is getting far too personal for Mr. Fink. BlackRock CEO Larry Fink wants those on all sides of the ESG debate to put down the pitchforks, saying at a Bloomberg event in Davos that the “narrative” around socially and environmentally responsible investing “is ugly, the narrative is creating this huge polarization… It’s hard because it’s not business any more, they’re doing it in a personal way.” BlackRock has found itself between a rock and a hard place trying to appease those on both ends of the US political spectrum over environmental standards, Bloomberg reports. The giant asset manager is trying to “change the narrative” on ESG and green investments to focus on “the concept of hope,” Fink said.

The Cairo International Book Fair will open its doors to the public at the International Exhibition Center in New Cairo this Thursday, 26 January. The event runs until 6 February.

*** It’s What’s Next day: We have our weekly deep-dive into what makes and shapes pre-listed companies and startups in Egypt, the UAE and KSA, touching on investment trends, future sector insights and growth journeys.

In today’s issue: Why some Egyptian startups prefer to set up shop abroad.