THIS MORNING: Where will the EGP go next? Here are 6 questions you need to be asking today. 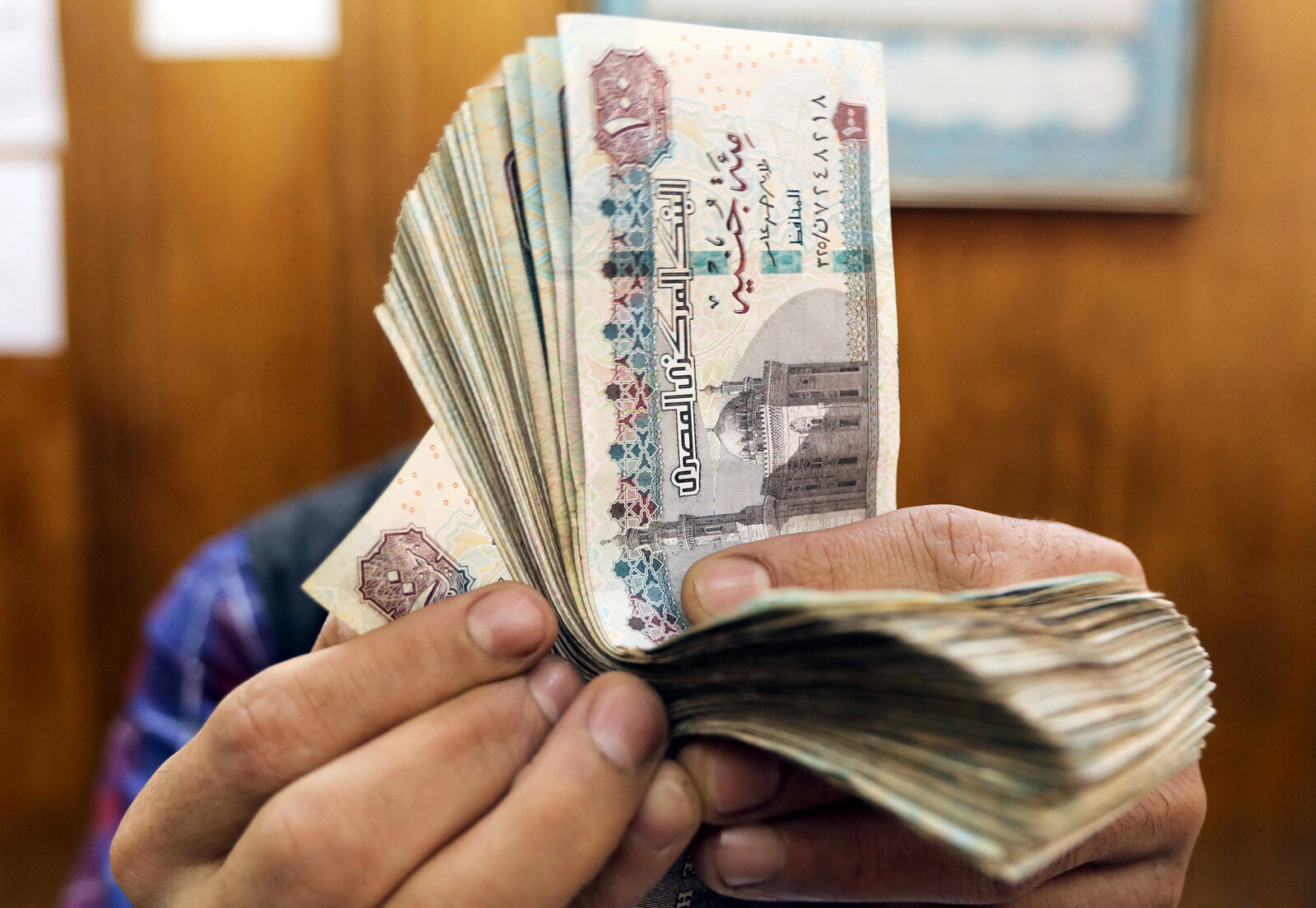 Good morning folks, and happy THURSDAY. It’s been a rollercoaster of a week — and it’s not over yet: We’ll be keeping a close eye on both today’s interbank foreign currency auction as well as how the EGX reacts.

THE BIG STORY here at home: No prizes for guessing that it’s still the EGP. The local currency fell more than 16% to 32.20 to the USD during morning trading yesterday before rebounding to close at 29.76 per the official central bank rate, down 7.5% from Tuesday’s close.

At least three big-name global investors moved cash into Egypt yesterday, we’re told, confirming remarks by a senior banker on last night’s talk shows. That’s something that happens when funds are about to take positions (think: equities or carry trade).

Yesterday’s move is the first glimmer of real hope we’ve had in weeks. Here are some of the questions (in no particular order) we need to be asking as today unfolds:

#1- How will the EGX react today? Yesterday’s move makes already bargain-priced Egyptian equities look even more attractive if you think we’re closing in on a fair price for the EGP. Keep an eye on bellwether CIB, which many investors buy into as a proxy for Egypt — it will be among the first movers if international institutions are taking positions. We’ll also want to see the split of foreigners vs. locals and institutions vs. individuals at the closing bell today.

#2- How big is the backlog in the banking system? Two senior bankers told us yesterday that their FX queues have rapidly dwindled in the past week. They’ve had FX liquidity to offer their clients with standing requests — and in a number of cases found that clients had filed requests for the same sums with multiple banks.

#3- Has nearly 90% of the import backlog _in ports_ now been cleared? The government cleared imports worth USD 1.5 bn from our ports in the first 10 days of January, putting the total value of goods cleared since 1 December at USD 8.5 bn, according to a cabinet statement yesterday. The statement didn’t disclose how much remains stuck in ports, though the government previously pegged the value at USD 9.5 bn as of 25 December. The imports released so far in January include USD 613 mn worth of manufacturing inputs including foodstuffs, raw materials, and spare parts, the statement reads.

#4- How long will the high-yield CDs last? Two bankers we spoke with yesterday figure they won’t be around for more than the next three weeks.

#5- Will the Central Bank of Egypt go for another big rate hike to pull even more liquidity out of the system and bring in more hot money? Goldman Sachs, Al Ahly Pharos and HSBC all think it likely — though there’s no consensus among analysts on timing.

#6- We need more USD. Where is it coming from? Yesterday wasn’t a panacea — it was a critical first step toward a functioning FX market and the restoration of import activity. But we’re not “done” by any means. If we don’t want to find ourselves back in this position again, we need to see an influx of foreign direct investment and a massive ramp-up in exports (of energy and value-added goods alike). Yes, quick gains with assets through the state privatization program would be wonderful. But FDI and exports will be key to making sure we never again find ourselves in the position we’ve been these past few years.

DATA POINT- QNB Al Ahli is the latest to come out with high-yield CDs: QNB followed in the footsteps of CIB and launched 18-month, 22.5%-yield certificates of deposit (CDs) yesterday, according to a statement. As at CIB, buyers can opt for a one-time payment of 22.5% when their CDs mature, or can go for monthly interest payouts at a reduced annualized rate of 20%. The minimum buy-in is EGP 1k, in contrast to the EGP 100k minimum at the CIB.The private banks’ CDs come on the heels of the one-year, 25% CDs released last week by state-owned Banque Misr and National Bank of Egypt to combat dollarization and inflation, which as of Monday had attracted at least EGP 155 bn.

Shoukry is in KSA: Foreign Minister Sameh Shoukry flew into Riyadh last night for a scheduled meeting with Saudi counterparts and senior officials, according to a ministry statement. The talks, which will kick off today, will focus on regional and international issues, the ministry said, without providing color.

PSA- It’s umbrella weather: There’s around a 30% chance of light, intermittent showers in parts of Greater Cairo today and a higher likelihood of heavier rain in other parts of the country including the North Coast and Suez, an Egyptian Meteorological Authority statement reads. Expect temperatures to hit 18°C during the day before falling to a low of 11°C at night, our favorite weather app tells us. The People’s Democratic Republic of Maadi saw two minutes of heavy rain just before dispatch time, so take the weather witches seriously, folks.

Chinese Foreign Minister Qin Gang is expected in Egypt as part of an African tour that started earlier this week. Qin was in Ethiopia for talks with PM Abiy Ahmed in the first leg of his trip on Tuesday.

Execs from Saudi-based mining company Ma’aden plans to visit Egypt within 10 days to explore potential investments here, Oil Minister Tarek El Molla told Bloomberg Asharq on the sidelines of Saudi Arabia’s Future Minerals Forum. Ma’aden yesterday launched a multi-bn USD fund with Saudi sovereign wealth fund PIF to invest in mining assets globally. Enterprise Climate has the full story on that and other news out of the Riyadh forum, which kicked off on Tuesday and runs through today.

There’s no one ‘BIG STORY ABROAD in the international press this morning:

In the business press, the stage is being set for a showdown at Disney: Disney named Mark Parker its next chair yesterday, in an apparent attempt to get ahead of the news that activist investor Nelson Peltz will launch a proxy fight to force his way onto the company’s board, going straight to investors for their endorsement. The WSJ and the FT have more.

UPDATE- What happened to that Aswan solar tender we were expecting in 4Q 2022? The government is going to need more time on that. That’s according to a source at the New and Renewable Energy Authority, who told us yesterday that the Egyptian Electricity Transmission Company is still working on issuing the tenders. The source was unable to give us a new timeframe when we asked.

What tenders? A report in the local press last year indicated that the Electricity Ministry would invite local and international private sector firms to bid in a tender for six solar projects in Aswan Governorate during the final quarter of the year. The facilities will produce a combined 300 MW of electricity a year and are expected to cost upwards of EGP 5 bn.

Oil is back on the up: Both the WTI and Brent crude benchmarks closed at their highest since 30 December yesterday, as markets wagered on better global economic conditions and a squeeze on supply thanks to the EU’s looming ban on Russian petroleum product shipments. Brent closed up 3.2% at USD 82.67 a barrel, marking a third straight day of gains after trading lower in the first week of January.

MENA-focused business network Mindaslike will hold a networking event in Cairo on Monday, 16 January. The event will take place at U Bistro & Bar in Zamalek from 7pm. Register for the event here.

ENTERPRISE IS LOOKING FOR SMART, TALENTED PEOPLE of all backgrounds to help us build some very cool new things. Enterprise — the essential daily read on what’s happening in business, finance, economics and policy in Egypt and the wider region — is looking for writers, reporters, and editors to help us build new publications. We’re looking for gifted story-tellers from all walks of life and across all professions, as long as they show a keen interest in learning to write about the stories, topics, businesses, and ideas moving markets. Egyptian and foreign nationals alike are welcome to apply.

NEVER WORKED IN A NEWSROOM BEFORE? We have the Enterprise Business Writing Development Program. The four-month program will see full-time, paid participants take part in workshops and lectures from veteran business journalists, while also working on and filing stories that will run in our publications. Those who successfully complete the program will then be offered full-time positions on staff.

During the program you will learn:

Apply directly to jobs@enterprisemea.com and mention “writing development program” in your subject line.