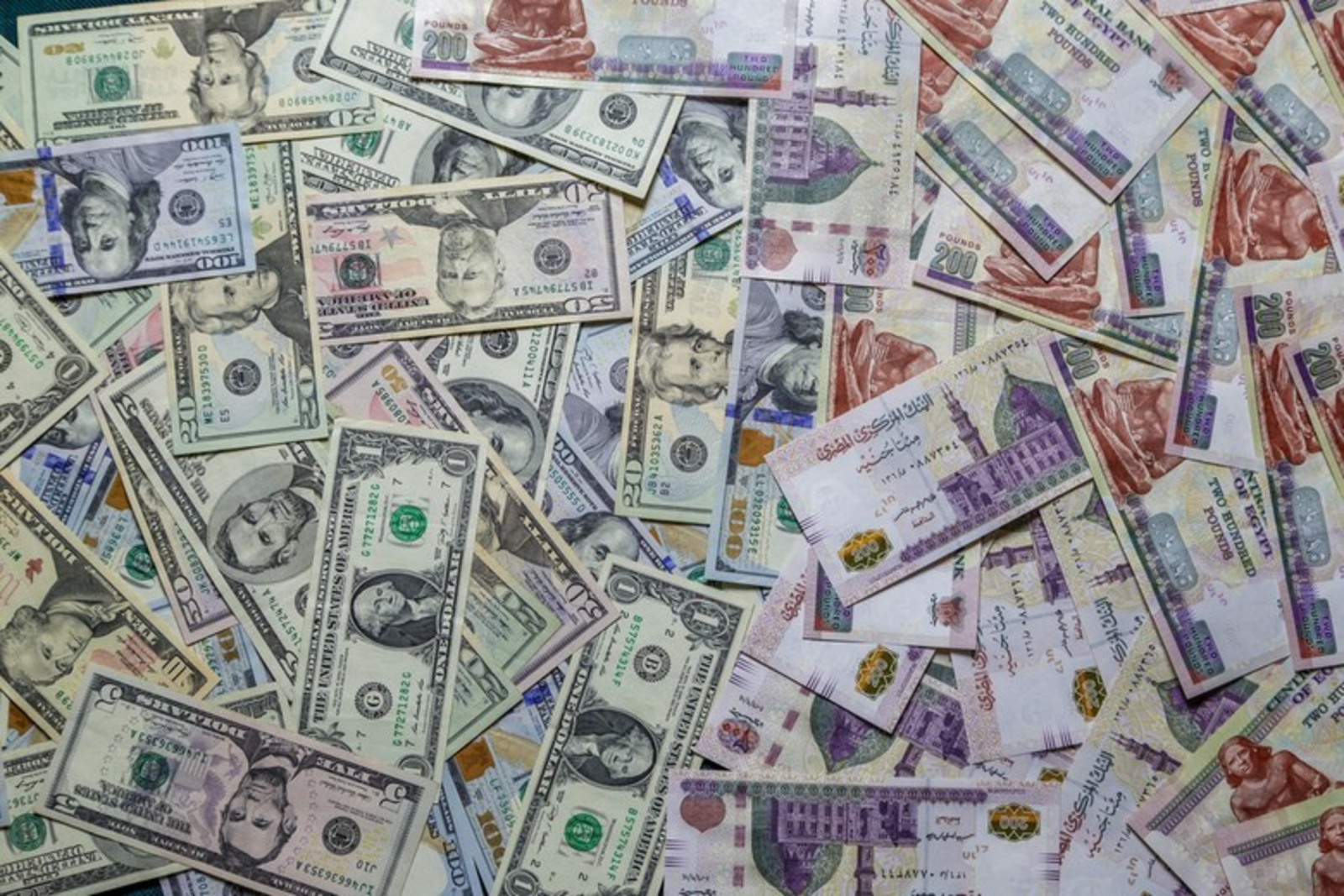 The Central Bank of Egypt made a big move on the FX front yesterday, allowing the EGP to slide against the greenback at the same time as the nation’s two largest banks announced high-yield local-currency certificates of deposit. It has three goals: To convince folks with hard currency deposits in the banking system to de-dollarize. To get people holding FX outside the banking system to bring it in. And to tamp down on inflation by reducing liquidity in the market.

It was a two-step yesterday morning:

#1- Record-high yield on CDs: Banque Misr and the National Bank of Egypt — the nation’s two largest banks — introduced one-year, 25% certificates of deposit (CDs) (here and here). Banque du Caire has yet to follow suit. Buyers can opt for a one-time payment of 25% when their CDs mature in 12 months' time, or can go for monthly interest payouts at a reduced 22.5% annualized rate.

#2- By the end of the day, the EGP had dipped nearly 7% against the greenback to close at 26.49, according to the central bank’s website. That’s the EGP’s biggest single-day drop since last October’s devaluation, which the CBE said at the time marked its move to a “durably flexible” exchange rate. The EGP has now fallen by over 34% against the greenback from the rate before the October deval and is down by almost 70% from its 15.78 / USD level immediately before the devaluation in March 2022.

It’s about de-dollarization… “The move widens the gap between the return on foreign currencies such as the USD and the EUR, both at less than 5%, and the return on the EGP [CDs] of 25%, giving the local currency a 20% edge,” El Etreby said (watch, runtime: 10:54).

…and tamping down inflation: With the prevailing notion that in a high-inflation environment, EGP is best spent on assets that ‘hold their value,’ the new CDs will be “one of the triggers that will drive down inflation,” El Etreby said.

High-yield CDs worked before, El Etreby said: “We devised CDs with a 20% return back in 2017 to curb inflation that had skyrocketed to more than 31%. [Those CDs] helped bring down inflation to 5-6%.” He expects the 25% certificates to have the same impact this time around, telling CNBC in a separate interview that the CDs are part of a wider strategy to bring inflation back down to single digits. Inflation hit a five-year high of 18.7% in November.

Get ‘em while you can: There’s no fixed date for when the CDs will be taken off the market, El Etreby said. “They could close in a week, two, three — the period still hasn’t been set,” he said, adding that he expected the CDs would be bought both by people who are currently holding savings in foreign currencies as well as folks who are sitting on EGP savings.

Analysts expect savers to pile into the CDs: “The new CDs will increase the attractiveness of the EGP as a saving instrument and reduce dollarization,” HC Securities banking and macro analyst Heba Monir told Enterprise. Market watcher Hany Aboul Fotouh agrees, telling us that savers have been “waiting” for high-yield instruments, which will likely encourage some to sell off their FX holdings to invest in the EGP-denominated CDs. Aboul Fotouh also anticipates the CDs will spur higher remittances from Egyptians living abroad.

AND WHAT ABOUT THE EGP?

Float or devaluation? “This is certainly another devaluation,” Abu Dhabi Commercial Bank Chief Economist Monica Malik is quoted as telling Bloomberg. Mohamed Abu Basha, head of macroeconomic analysis at EFG Hermes, told the Financial Times that we’ll have to wait and see whether this means we have shifted to what the International Monetary Fund called a “truly floating” rate. “To judge, we need to monitor the level at which the currency will eventually stabilize, the extent to which this will lead to improved foreign currency liquidity in banks and if we will see more volatility in the EGP going forward,” he’s quoted as saying.

Allowing the EGP to slide is part of a wider policy plan that includes the recent rate hikes and the CBE’s decision to scrap requirements for importers to secure letters of credit, Al Ahly Pharos economist Esraa Ahmed told Enterprise. “This package of decisions was necessary to clamp down on the parallel market and jumpstart economic activity — which wouldn’t happen with just one of these moves in isolation,” Ahmed said.

We’ll know more as the backlog at ports clears — and there’s been progress on that front: The value of backlogged imports cleared from our ports since 1 December stood at more than USD 6.8 bn as of yesterday, according to a cabinet statement, up from some USD 6 bn at the start of this week. The statement didn’t disclose how much remains stuck in ports, though the government last week pegged the value at USD 9.5 bn as of 25 December.

#1- Currency flexibility was among key demands from the IMF in return for our USD 3 bn loan. The IMF said last month that it will be looking for “daily volatility in the exchange rate that is similar to the volatility observed in truly floating exchange rate regimes” following the Central Bank of Egypt’s (CBE) scrapping of import restrictions.The central bank lifted last week the requirement to use letters of credit to finance imports in an effort to clear a longstanding backlog of imports, reversing a decision taken in February to help conserve foreign currency following large outflows triggered by the war in Ukraine.

#2- NBE and Banque Misr previously introduced one-year, 18% CDs last year on the back of the EGP devaluation in March, but stopped selling the certificates months later, citing the high cost. The CDs, which were designed to pull liquidity into the banking system, pulled in EGP 750 bn over the course of 10 weeks. NBE, Banque Misr and Banque du Caire also brought to market three-year, 17.25% certificates of deposit in tandem with the October devaluation, when the central bank moved to a “durably flexible” exchange rate.

#3- The new CDs come on the back of the central bank’s jumbo interest rate hike late last month. The CBE raised interest rates by 300 bps at the end of December under efforts to crack down on rising inflation. The Monetary Policy Committee (MPC) hiked the overnight deposit rate to 16.25%, the overnight lending rate to 17.25%, while the main operation and disc. rates were raised to 16.75%.

Bloomberg, Reuters, the Financial Times, and the Washington Post all have coverage.