Enterprise sits down with Mari Pangestu, managing director of development policy and partnerships at the World Bank 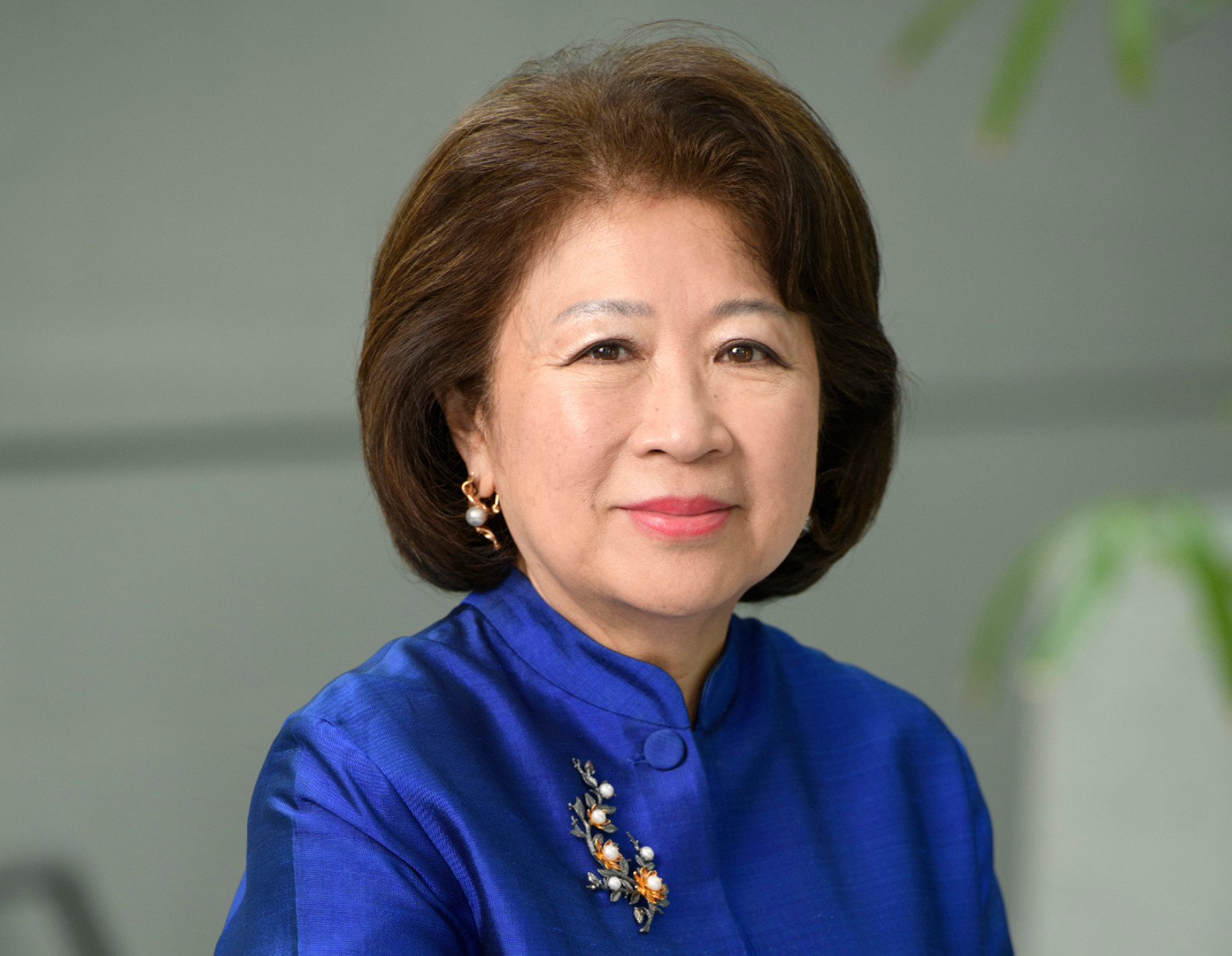 Enterprise sits down with Mari Pangestu, managing director of development policy and partnerships at the World Bank. There are now less than seven months to go before the COP 27 summit takes place in Sharm El Sheikh, and pressure is rising on global leaders to take decisive action. Last year’s summit in Glasgow did not accomplish what many had hoped. And UN climate scientists are now warning that global emissions will need to peak in 2025 if we are to keep temperatures beneath the all-important 1.5°C. This year’s gathering will play a key role in determining whether that target will be reached.

To discuss COP 27, we sat down with Mari Pangestu (bio), the World Bank’s managing director of development policy and partnerships, who was in town last week to discuss preparations for the summit. Pangestu acquired more than three decades of experience working in policy and academia before joining the bank in 2020, and served as Indonesia’s trade minister from 2004 to 2011 and tourism minister from 2011 to 2014.

During our conversation, we discussed her recent visit, what the bank is doing to support Egypt as it prepares for the summit, and her thoughts on COP26. She tells us how developing countries can balance climate and development targets, the importance of climate adaptation for countries like Egypt, and how the conflict in Ukraine could impact the push to lower emissions.

ENTERPRISE: What brings you to Egypt, Mari?

MARI PANGESTU: I’m visiting Egypt to discuss the programs we have here, whether it's the Cairo Clean Air project, Hayah Karima, or the Upper Egypt development project, and so on. We met with the Planning Ministry, International Cooperation Ministry, Foreign Ministry, and the Water Ministry. We also just met a network of women from business and NGOs, to learn more about the gender issue. We know the government is very interested in mainstreaming gender and for us at the Bank, we mainstream gender in all our programs. And because Egypt is hosting COP 27 in November, we’ve also come here to see how we can support the preparations.

E: What is the World Bank doing to support Egypt as it prepares to host COP 27?

MP: We have been involved with supporting COP meetings for many years, and we have different relationships with countries depending on what they ask us to do. In most cases, we support the preparation for their initiatives because we have knowledge and analytical work on climate. We will also help to prepare some of the discussion events at the summit.

E: COP26 was regarded by some as not being ambitious enough, and not meeting some of its goals. In your opinion, what should we be aiming for at this year's summit and what would constitute success?

MP: I think people have mixed views about COP26. Last year, there was a lot of expectation just because it was the five-year milestone after Paris, and I don’t think it achieved what it wanted to in terms of having all countries update their contributions (NDCs). But to be fair, there were some good outcomes at Glasgow. Some major countries that previously didn't have NDCs announced some, and others updated their NDCs including a number of major economies like China and India. And I think we’re seeing a shift of willingness by developing countries to want to undertake more action on climate, but wanting at the same time to make sure that they can continue to develop.

E: And they’re in a unique position because they're often feeling the impact of climate change the most.

MP: But that's a change actually. Even a couple of years ago, developing countries still saw climate and development as a trade-off. Now we’re seeing a shift in the integration of climate with development, and they’re realizing that you can actually achieve both.

I think that what most people felt wasn’t achieved in Glasgow was on the implementation side. And that's why Egypt has taken the theme of Together We Implement — and implement especially for developing countries. They also want to focus on a regional dimension, which is Africa. And of course, the shift to adaptation. There's a feeling that there was too much focus on mitigation in Glasgow, so there’s a big push to give more attention to adaptation.

But I think we really also need to be realistic, given the current situation of the war in Ukraine. We really need to make sure that we focus on a few very key priorities.

E: And what would those be?

MP: I think adaptation is a key priority. We know for the least developed countries — even for Egypt and for many other countries in Africa — the issue is not so much mitigation in terms of decarbonizing energy or transport. It's more about adaptation and building resilience.

It's very much related to issues we are facing today such as the food crisis. The increasing hotspots, the increased drought in this part of the world, which has affected food production. Water scarcity, land use and agriculture are all adaptation issues. I think that's one big issue that Egypt has prioritized and this is what we hope we can support the government with.

E: So what does a successful COP look like for you?

MP: We’re observers at the COP and as such we’re not too involved in the negotiations. But if you ask me, what does it mean to have a successful COP, I think it’s about how we concretize discussions into action.

It's a very complicated and broad agenda, but the way we see it, there are two things. One is how do we make sure that we continue the framing of climate and development. Last year we developed this new diagnostic tool called Climate Change and Development Reports (CCDRs) , and we are doing it in 30 countries, including Egypt. The intention is to help countries frame their climate and development strategy, and then prioritize which one or two actions would actually have the biggest impact on climate, as well as on development.

We are still finalizing the CCDR for Egypt, but it has identified four priorities: agriculture and water; decarbonization in energy and transport; building resilience in cities; and the coastal economy. These are the priorities that we think Egypt is going to focus on.

Then it’s a question of what kind of investments are needed to make that happen and how much of that will come from the public sector, how much from multilateral development banks, and how much from the private sector. And what are the policy and institutional changes that must go with that transformation? So for us that’s concretizing the climate and development framework at the country level.

It has to then be led by the country. It’s about the country deciding what its priorities are and what changes they plan to make. Then there will be discussions about how you actually implement them.

E: How do you anticipate that the spillover effects from the conflict in Ukraine might impact climate progress?

MP: Well, the immediate impact is on food and energy prices. In the short term all countries will face higher inflation, higher energy and food prices, and potential fiscal issues. The more important question is actually how it affects the urgency of addressing the climate crisis.

Energy security is now a big issue, and it may mean that we have to slow down the phase-out of fossil fuels. But at the same time, it should accelerate the transition towards renewable energy. Energy security is about diversifying the sources of energy that you have. If you're importing a lot of fossil fuels, you can reduce that reliance by developing what's in your own country, whether it's the sun or the wind.

Food is the same. Even before this current spike in wheat prices, the issue of food insecurity was already very high, particularly in this region, which is one of the more vulnerable. But we have to address the hike in prices and the availability and also the sustainability of food systems. Whether it's making better use of water, more efficient use of fertilizers, canal restoration, desalination… These are all actions which will help development because it's going to improve the livelihood of farmers and increase productivity, but will have good climate outcomes as well.

E: You wrote a blog post last year about the trend towards protectionism. In light of what's going on with Ukraine, is there a sweet spot that enables countries to protect their food and energy security while maintaining open trading relationships?

MP: I think the objective is not just to be self-reliant, because self-reliance will not work for most countries and it's not a good strategy. The strategy should be to diversify sources of supply, whether it's food or energy, and that is partly about looking domestically, about asking what we can do to improve production within our own country but in an efficient way, not in a protectionist way. If you do it in a protectionist way, you're just going to end up having the consumers in your country pay a higher price, even for a lower quality product.

Diversifying the sources of energy or food means that we have to keep trade open, that countries should not panic by either restricting exports or importing unnecessarily high amounts because they're afraid and are hoarding. If you do that, you will increase costs, and that will lead to a spike in prices. The issue today is not about a shortage of food. There's actually more than enough production. It’s more the issue of making sure that trade flows are not impeded so that food will go where it should be going.

I was in government before, and in a crisis the most important thing that a government can do is have very clear policies that instill confidence and not have policy changes that lead to confusion and panic. You have to give the signal that 'there's enough food available. Don't worry. We have contingency plans and we are also focusing on production for the next season, making sure farmers have enough fertilizer to produce for the next season.' I think those are kind of the policy messages that governments should be focusing on.

E: And are governments focusing on this?

MP: I would say that for most governments, even in advanced countries, the issue of food is something that touches people. Some countries are introducing controls and restrictions, but it hasn't been excessive like in 2008, where there were huge fluctuations. I think we just have to continue emphasizing the importance of not impeding the flow of trade goods or the inputs for agricultural production.