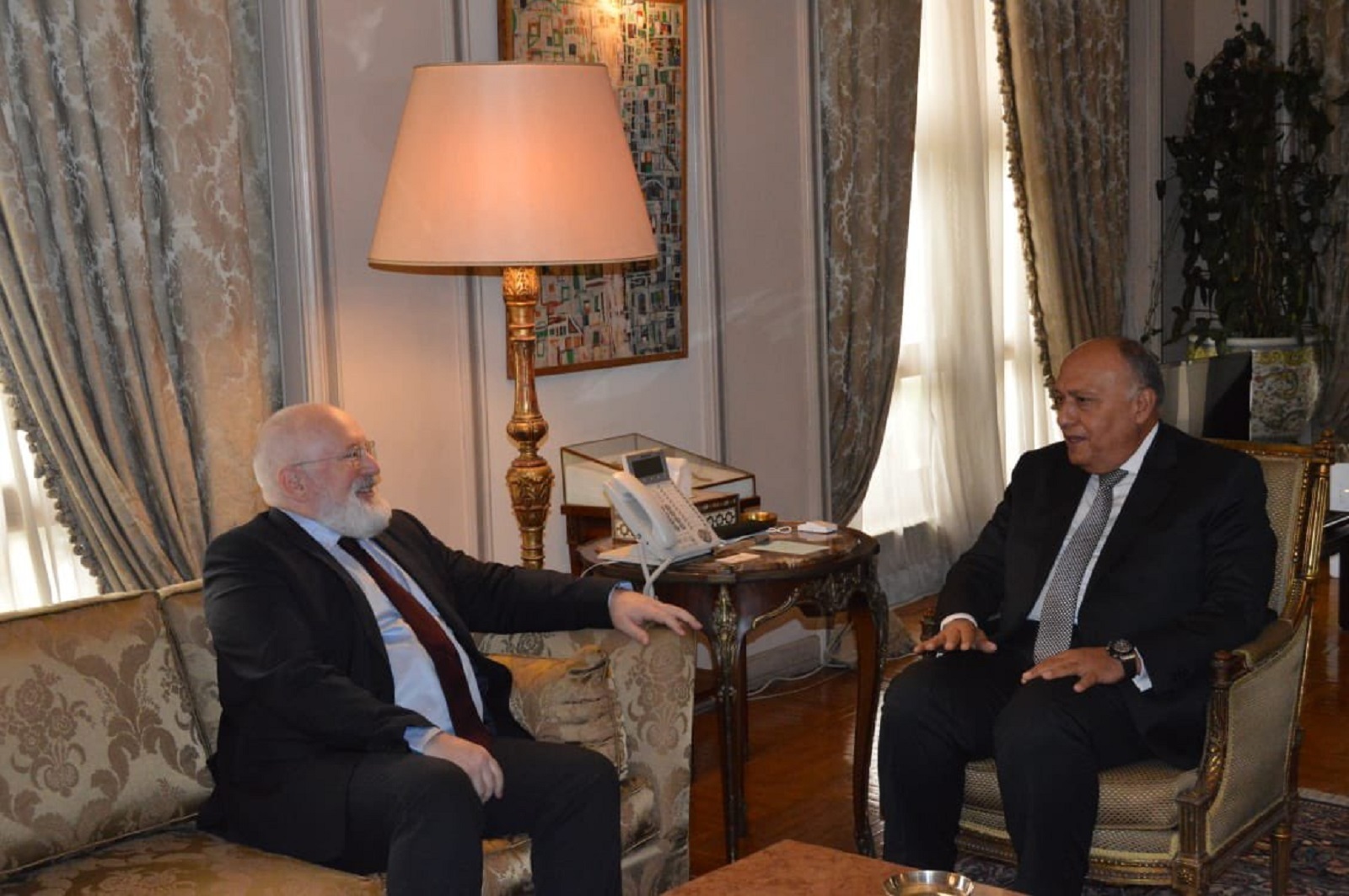 Energy tops the agenda in top EU official’s visit: The EU is looking to up its imports of liquefied natural gas (LNG) from Egypt in the short term — and contribute to building a local green hydrogen production facility in the long term, EU Executive Vice-President Frans Timmermans told Prime Minister Mostafa Madbouly in a sit-down yesterday, according to a cabinet statement. The war in Ukraine has pushed EU countries to accelerate their transition to clean energy and diversify supply, Timmermans said.

EU + Egypt to sign MoUs on green hydrogen, ammonia production at COP27: The EU is gearing up to sign MoUs on green hydrogen and ammonia production during the COP27 summit in November, Timmermans told El Molla, according to a cabinet statement. The two sides are set to form working groups to further discussions on energy cooperation and prepare the MoUs ahead of the summit.

Egypt and the EU will develop a “Mediterranean Green Hydrogen Partnership”: Timmermans and Shoukry discussed forming the partnership, which they said would work on “hydrogen trade between Africa, Europe, and the Gulf,” according to a joint statement. We don’t have any details yet on what the partnership might look like, but think “East Mediterranean Gas Forum, but for green hydrogen.” The two also discussed COP27 prep, including how to mobilize more climate finance — with the EU expressing interest in investing further to accelerate our green transition.

Uh, Enterprise? What the [redacted] is green hydrogen? We’ve got your back — check out this Enterprise Explains column from last year.

War in Ukraine no excuse to shirk climate responsibilities: Shoukry and Timmermans agreed that “the current geopolitical situation should not lead to a regression or reduction in the level of ambition for climate action, a failure to prioritize climate, or a reduction in the fiscal space available for developing countries.”

The EU is also working to cooperate with Egypt on solar panel manufacturing, as part of plans to “build energy bridges with Egypt, which is a gateway for both renewable and nonrenewable energy,” Timmermans told El Said.

REMINDER- Our nascent green hydrogen and green ammonia industries have been getting a lot of interest from Europe. Norwegian renewable energy giant Scatec is part of a consortium with Nassef Sawiris-backed ammonia producer Fertiglobe and the Sovereign Fund of Egypt to build Egypt’s first green hydrogen plant in Ain Sokhna. Scatec also plans to build a green ammonium plant in the Suez Canal Economic Zone (SCZone). A number of other European firms have expressed interest or are in talks with the government to establish hydrogen and ammonia projects of their own, while the European Bank for Reconstruction and Development (EBRD) last month signed an MoU with the electricity and oil ministries to assess Egypt’s hydrogen production potential.

OTHER DIPLOMACY NEWS- The day in diplomacy was all about Europe, as President Abdel Fattah El Sisi discussed the war in Ukraine during a phone call with European Commission President Ursula Von der Leyen, according to an Ittihadiya statement. The pair exchanged views on how to deal with the energy, food security and supply chain crises triggered by the conflict, the statement read, and agreed to coordinate efforts to tackle the issues going forward.