The state of Egypt’s coral reefs 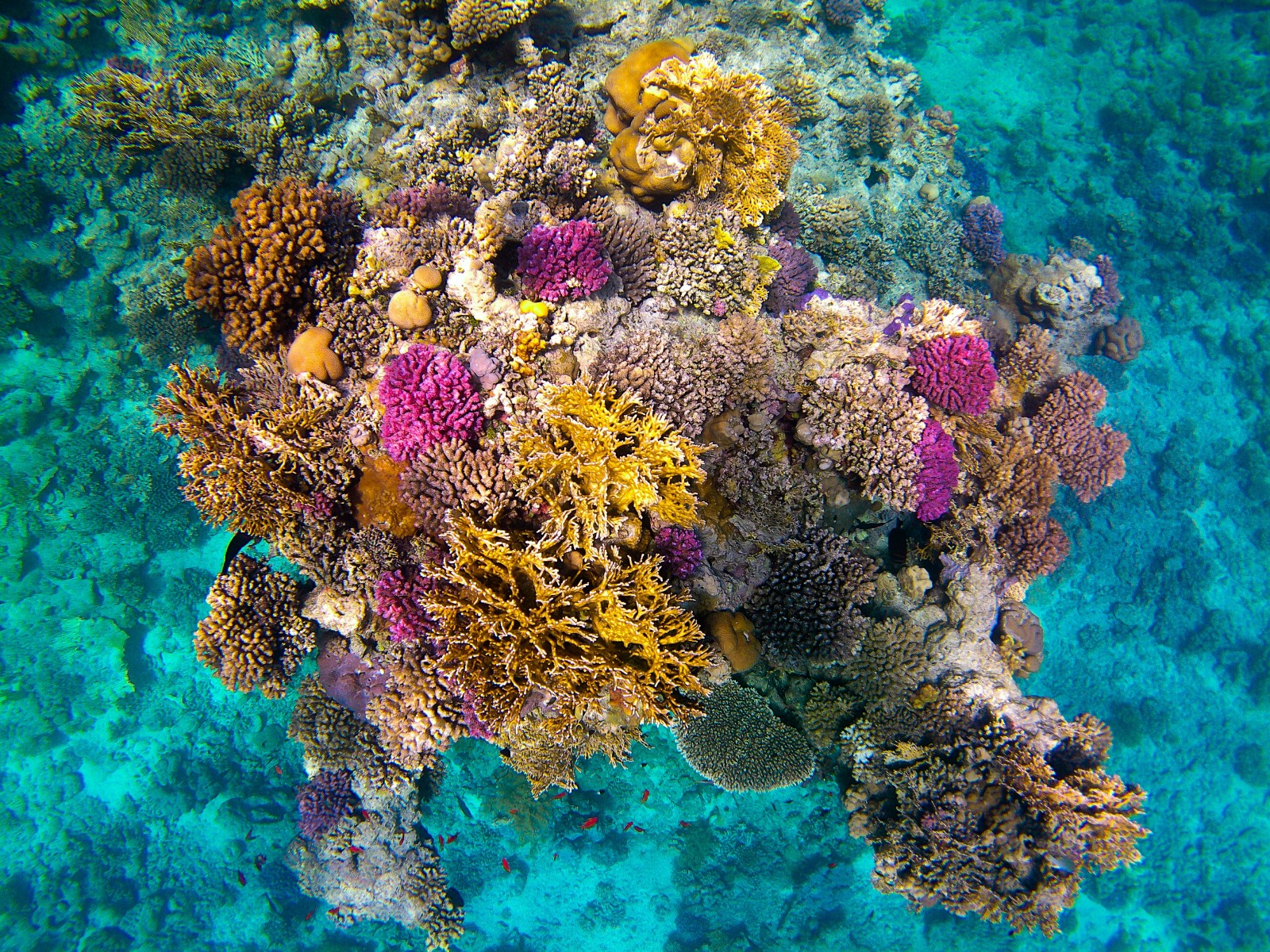 What does the future hold for one of our most prized natural resources? Covering some 400 sq km off Egypt’s eastern coastline, our Red Sea coral reefs are home to more than 200 hard coral species. They’re a natural wonder — and key to our biodiversity and our tourism industry. But in recent years, these delicate marine ecosystems have come under stress from climate change, exacerbated by unregulated coastal development, tourist activity, and overfishing. We take a look at the impact, and ask what can be done to avoid further damage.

Our reefs are shrinking: Hard coral reef cover declined by 13.6% on average between 2005 and 2019 at the ten most-affected sites, according to a report by the Global Coral Reef Monitoring Network (GCRMN) (pdf). That said, it’s difficult to accurately assess the health of coral reefs because of the absence of baseline data collected ahead of mass development, meaning researchers must rely on approximations, says Dr. Mahmoud Hanafy, Professor of Marine Biology at Suez Canal University and scientific advisor to the Hurghada Environmental Protection and Conservation Association (HEPCA).

Our reef tourism industry is the biggest in the world: Egypt’s reef tourism industry generated some USD 7 bn in revenues in 2019, before the pandemic hit, per a High Level Panel for Sustainable Ocean Economy report (pdf) — more than any other country in the world, and more than double the revenues gained by runner-up Indonesia. Reef visits directly contributed to around half of our coastal tourism in 2017 (with coastal visits making up some 44% of all tourism activity in Egypt), according to one study.

But with tourist development has come damage: Developers along much of the Red Sea coast are responsible for irreparable losses to coral reef cover, says Hanafy. Some establishments have destroyed or built on top of reefs, replacing them with marinas and sandy coasts, he says. In rare cases, the Environment Ministry has taken action on this. El Gouna developer Orascom Development Egypt (ODE) was slapped with a USD 34 mn fine last year for the alleged inappropriate and harmful disposal of building materials in the area, though the company has disputed the claim.

More hotels means more people — in itself a threat: The Red Sea coast has seen major hotel development in the last three decades or so (pdf), with some 88k hotel rooms now available in Hurghada alone, according to Colliers International’s latest MENA Hotels Review (pdf). But “there are limited capacities for the number of divers and snorkelers each of our dive sites can handle at a given time,” says Hanafy — and we are far surpassing that limit. Dive sites in the Red Sea can sustainably host 5k – 20k visitors annually, but some of our most popular sites are receiving over 200k divers a year, according to Hanafy.

Inexperienced divers and snorkelers can inadvertently cause harm: “Coral reefs are very fragile ecosystems. All it takes is a single point of contact [with a diver or snorkeller] to harm them,” Lina Challita, environment coordinator at the Tourism Ministry’s Chamber of Diving and Water Sports (CDWS), says.

Worse still than tourism is overfishing, which is the single largest local threat to reef ecosystems, according to Hanafy, who says we’re fishing at 10x the rate that would allow fish stocks to recover and marine life to remain stable. “What we’re currently seeing is upwards of 20k tonnes extracted annually, 60% of which comes directly from coral reef ecosystems,” he says.

Climate change threatens reefs the world over. Coral bleaching can lead to reefs’ permanent demise, while ocean acidification makes conditions unfavorable for growth. Under the Intergovernmental Panel on Climate Change’s most upbeat scenario — where global warming is contained to 1.5°C — coral reefs are still projected with “very high confidence” to decline by a further 70–90% by the end of this century, with losses increasing to 99% at 2°C of warming.

Some good news: Coral samples taken from the Northern Red Sea have proven particularly resilient to sea temperature rises, according to a 2020 study. Samples were able to withstand temperatures up to 6°C higher than usual without bleaching — an “exceptionally high bleaching threshold,” according to the study’s authors. The findings open the door for future study of these particular corals — which could possibly even be used to help rehabilitate damaged reefs elsewhere.

The economic impact of reef loss could be massive: Egypt could stand to lose some USD 5.6 bn of the USD 7 bn it generates from coral reef tourism annually by the end of the century, the High Level Panel for A Sustainable Ocean Economy predicts. Losses of this scale would mark a significant blow to the country’s GDP, 3.5% of which has been linked to reef-related tourism, according to the GCRMN report.

How did we get here? Insufficient economic incentives, poor marine regulation and weak data collection are partly to blame, the Environment Ministry report says—reasons which remain much the same to this day, according to Hanafy. This is partially because some 40% of industrial activity in Egypt takes place in coastal zones, the report adds. Meanwhile, local fishermen who have long relied on the Red Sea for their livelihoods often face limited alternatives for income — muting the impact of commercial fishing regulation, Hanafy explains.

So what is being done about it? HEPCA installs buoys at key dive sites to help reduce damage from commercial boat anchoring. They’re also trying to encourage growth by sinking dilapidated sea vessels nearby existing reefs for coral to latch onto, in a joint initiative with the Environment Ministry. The CDWS’ Green Fins program trains, advises and certifies scuba diving and snorkeling centers who are running “environmentally sound” operations, Challita says.

Clamping down on Red Sea fishing needs to become our main priority, says Hanafy. This will likely require more than an outright ban: Fishing communities will need to have alternatives to turn to for their livelihoods, he explains.