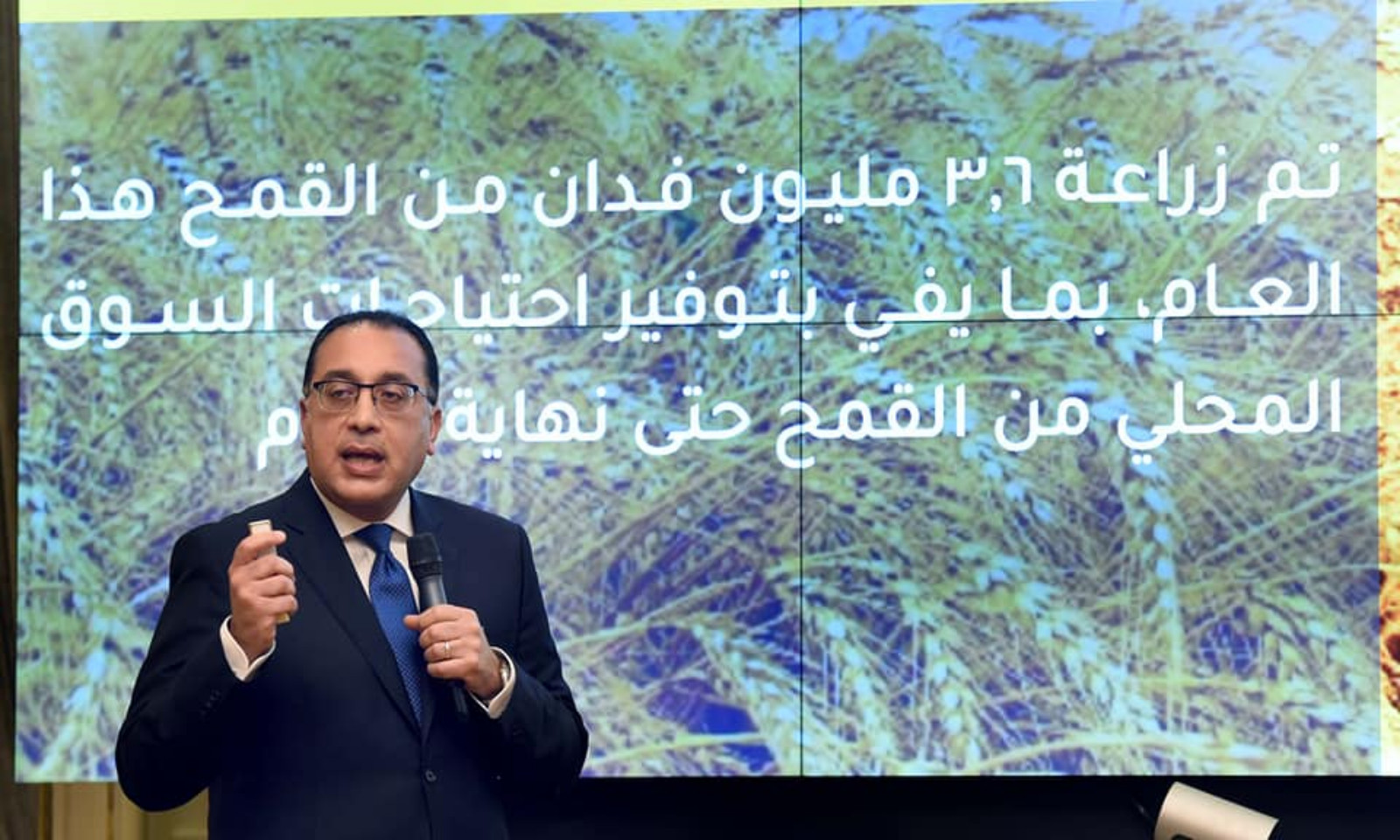 The world has seen an “unprecedented” increase in the prices of strategic goods over the past two weeks on the back of the conflict in Ukraine, Prime Minister Moustafa Madbouly said in a press conference yesterday laying out the government’s response to the crisis (watch, runtime: 40:41).

Russia’s invasion of Ukraine is upending global food supplies and sending commodity prices soaring: The two countries provide around a third of the world’s wheat, almost 80% of sunflower oil production, and about a fifth of corn exports. Global wheat prices have surged 48% over the past two weeks, adding more than USD 100 to the price per ton, Madbouly said. In addition, sugar prices have risen 7%, frozen meat by 11% and poultry by 10% over the same period, he said. Oil prices have risen 15%.

Inflation was already on the up: Annual urban inflation reached a near two-and-a-half-year high in January, underpinned by rising food prices and a declining base effect.

No sugar coating: The government is “fully aware” of Egypt’s unique exposure to rising commodity prices — and the cost of living is certain to rise, he said. Prices of unsubsidized bread have already increased by up to 50% since the start of the conflict.

The state will try to shoulder the burden: The government will try to absorb the costs “as much as possible” and relieve the inflationary impact on the public, the prime minister said. Finance Minister Mohamed Maait this week outlined the potential impact of the crisis on state finances, saying that the government may have to spend an extra EGP 15 bn to cover wheat imports. The Finance Ministry is revising its budget targets for the coming fiscal year in light of the situation, he said.

But what about the subsidy taper? The prime minister didn’t say anything about government plans to partially lift bread subsidies, a plan that was in the works long before Russia invaded Ukraine. The Supply Ministry is supposed to announce its proposals at the end of the month, which could involve targeted cuts that ringfence the most vulnerable people.

The government is working to secure at least 3-6 months of reserves in all basic commodities, Madbouly said. Egypt currently has enough wheat to cover the next four months, and after the local harvest begins in April a further 5.5 mn tonnes will be added to supply, giving the country enough wheat to last it until the end of the year, he said.

It’s not just food prices that are rising: Other areas of the economy such as manufacturing and construction will face higher input costs as the prices of raw materials rise. Iron ore prices have been climbing over concerns that the conflict could curb global supply of the key steelmaking ingredient, while steel prices in Europe surged 22% last week to their highest since August. Ezz Steel is now selling a ton of steel for EGP 17k after raising its prices by EGP 2k over the past month, while the Suez Steel Company hiked its prices by around EGP 1.5k, according to Masrawy.