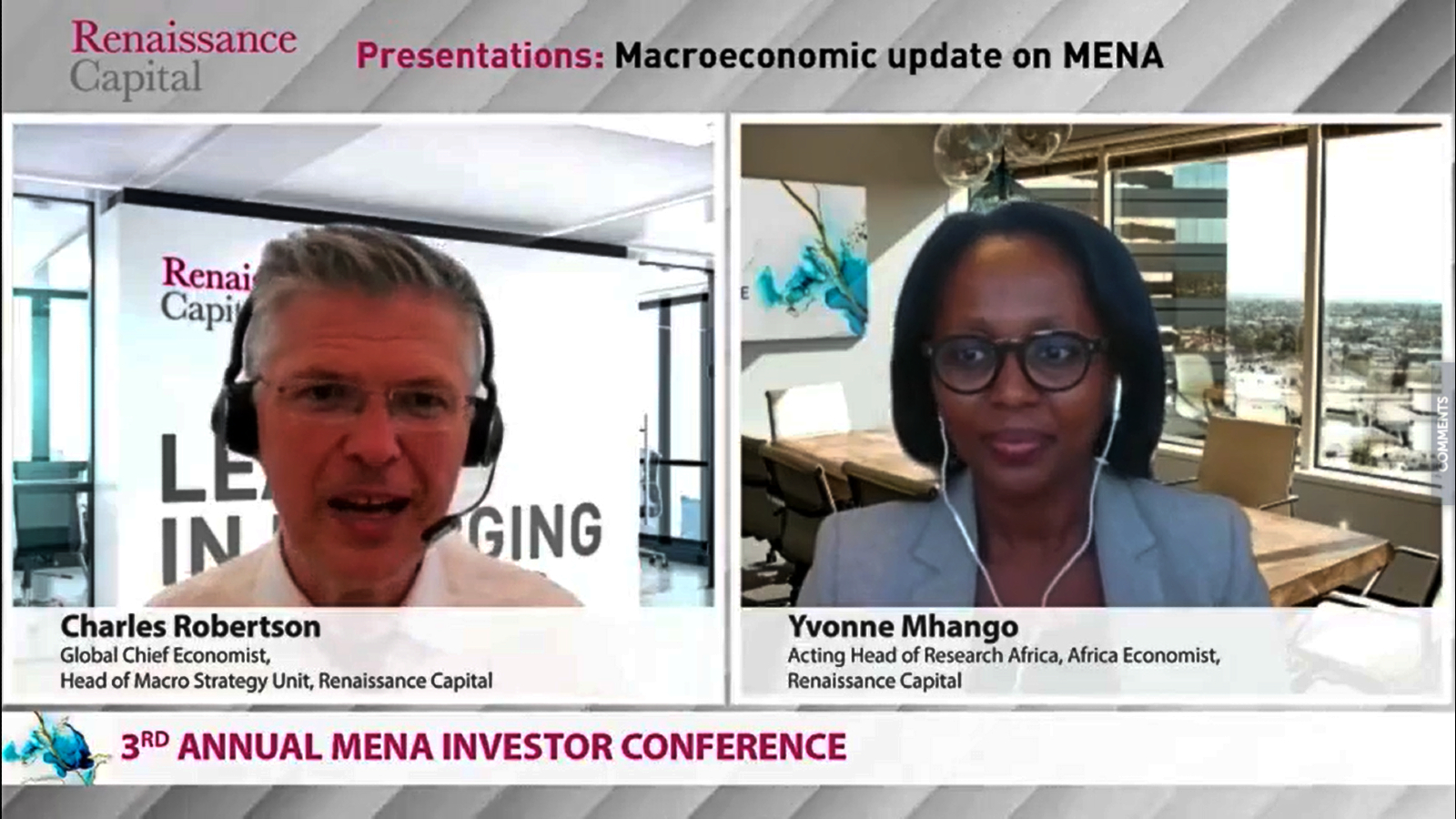 Renaissance Capital revised upwards its projections for Egypt’s GDP growth to 4.2% in 2021, driven by growth in transport, tourism, and education, Renaissance Capital economists said yesterday during a webinar as part of RenCap’s annual MENA Investor Conference. This is an upward revision from the 2.8% RenCap had forecast for Egypt’s GDP growth in 2021 at the end of last year. The investment bank is maintaining its expectations that Egypt will manage to eke out growth this year, as GDP grew 2% y-o-y in 4Q2020.

Inflation is expected to remain contained in the short term: RenCap sees annual urban headline inflation ending the year at 4.3% — a little over the 4.1% recorded in April when inflation slowed against expectations. “This implies inflation will remain contained, and well within the authorities’ target of 7% (+/- 2%) for 4Q2021,” Mhango said.

But the global rally in food and metal prices could soon directly hit consumers here at home, with analysts forecasting heightened inflation as a result of the year-long rally. Higher raw material prices could then increase the cost of local production and boost prices at the cash register as we head further into 2021, Pharos’ head of research Radwa El Swaify and Beltone’s Alia Mamdouh previously said. Domestic inflation, which has so far been shrugging off rising global commodity prices due to a favorable base effect, is seen as a potential “upside risk” from the recent boom in oil prices, which may reflect negatively on prices of non-food commodities.

What about changes to interest rates? Not this year — and not in 2021 if inflation remains contained within the “single-digit” limits in “the short term,” Mhango said. “Egypt’s low inflation implies it has relatively high real rates on its bonds relative to its [emerging market] peers, which should help sustain foreign investors interest in the local bond market,” she added. The Central Bank of Egypt (CBE) left rates on hold earlier this month for a fourth consecutive meeting as policymakers looked to maintain the attractiveness of Egypt’s carry trade, capitalizing on rising commodity prices and rising US interest rates.

And the EGP could come under a bit of pressure, RenCap said, suggesting it is as much as 13% overvalued against the USD. In the short-term, the EGP will remain “broadly stable” on the back of relatively high real rates, which have helped attract higher capital inflows to Egypt than its emerging-market peers.

MORE FROM THE CRYSTAL BALL SET– Egypt will likely reel in USD 7 bn in tourism revenues in FY2021-2022, but this figure will be contingent on the global vaccination rate, EFG Hermes’ Mohamed Abu Basha said, according to Al Mal. Abu Basha’s projection is on par with Bank of America’s forecasts for Egypt’s tourism revenues in calendar year 2022, but falls short of the USD 8 bn that Tourism Minister Khaled Enany said earlier this week the country is hoping to bring in during the current calendar year.