We were on a break… 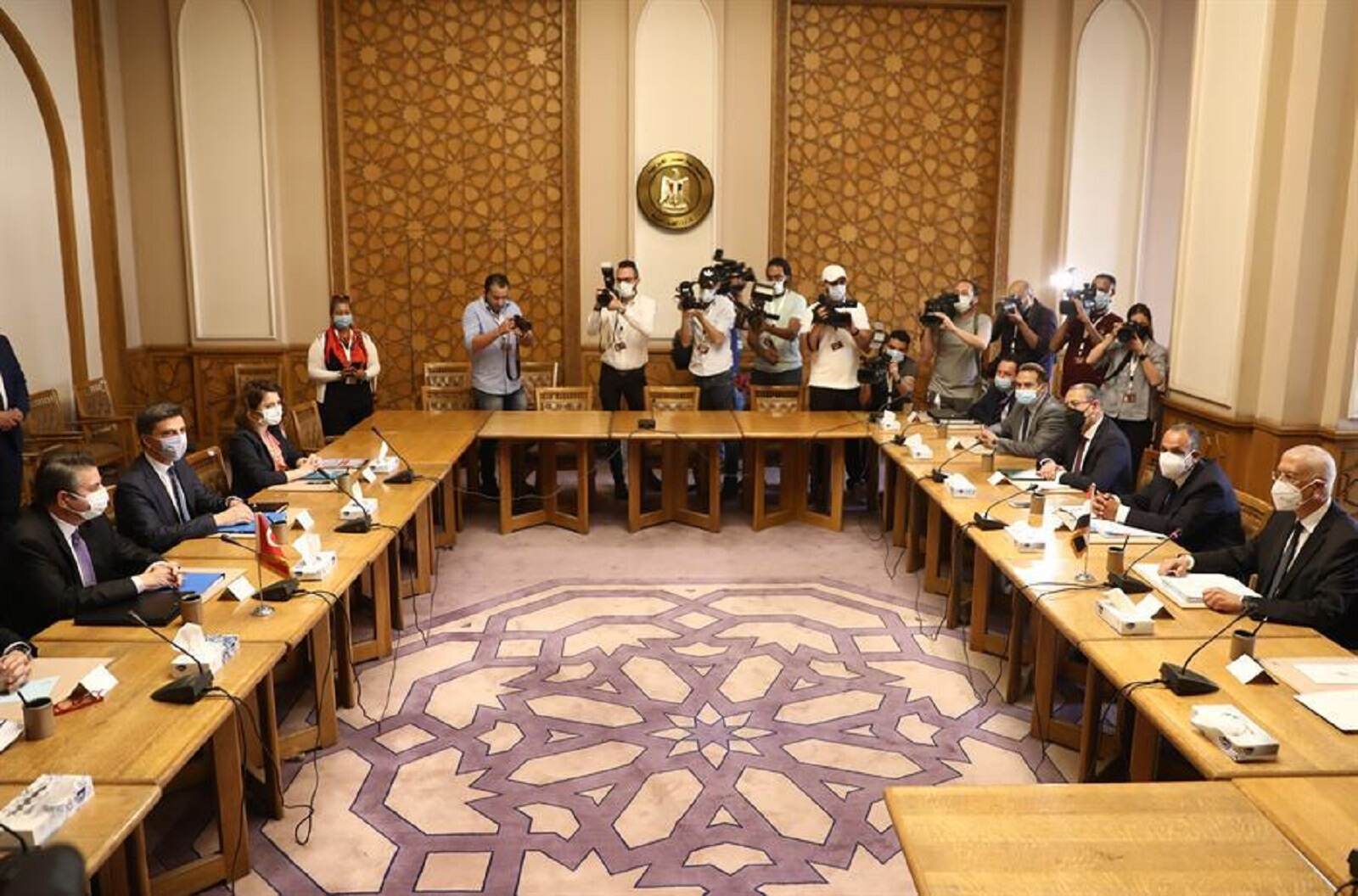 No breakthrough during Egypt-Turkey talks: Egypt and Turkey ended two days of talks in Cairo — their first since relations began deteriorating in 2013 — aimed at reducing tensions on Thursday with no signs of a breakthrough. The two sides held “frank and in-depth” discussions on Libya, Syria and the situation in the Eastern Mediterranean, they said in a short joint statement on Thursday. Turkey’s relationship with the Ikhwan was also said to be discussed during the meeting.

The way forward is not yet clear: Egypt and Turkey will assess the discussions and agree on a path forward, the statement said. Turkey has invited a delegation from Cairo to visit Ankara to continue discussions, but a date hasn’t yet been announced.

Libya is an area in which we might see progress: Turkey is willing to have a meeting with Egypt and the newly-formed Libyan government to agree on stalled issues in Libya including the withdrawal of foreign troops, Reuters reports, citing two Egyptian intelligence sources. Turkish Foreign Minister Mevlut Çavuşoğlu said earlier on Thursday that foreign fighters should leave Libya but said that Turkish troops were in the country under a bilateral agreement with the Libyan government, and rejected “intervention” by other countries to try to change this.

The Ikhwan may be the real sticking point: Ankara won’t hand over Ikhwani leaders wanted by Egypt on terror-related charges, sources noted, adding that most of them had proper residency in Turkey, which remains opposed to label Ikhwan as “terrorists.” This is one of Cairo’s key conditions to restoring ties.

The story so far: Turkey has signaled it wants to make a foreign policy about-turn in the region, reaching out to Egypt and Saudi Arabia in a bid to mend ties following years of friction. Last month, Çavuşoğlu boldly announced a “new era with Egypt'' and proposed that officials from both sides meet for reconciliation talks. It has also signaled it is willing to end tensions in the EastMed by negotiating new maritime boundaries.

The news is getting coverage in the foreign press: Associated Press | Reuters | ANSA.

OTHER DIPLOMACY NEWS- Egypt may be buying two Airbus-made multi-role tanker transport (MRTT) aircraft and a new satellite from France as part of the agreement between the two countries that will also see Cairo buy 30 fighter jets, French newspaper La Tribune reports. The Airbus would give the Egyptian Airforce important new midair refuelling capabilities.