Good morning, friends. It’s another big news day replete with M&As, a spectrum auction that could, one day (maybe?) herald a slight improvement in mobile voice call quality (surely we’re not the only ones who find VoIP clearer than voice calls these days?), news of startup investments and more.

Meanwhile, it’s off to re-education camp for us — we’re going to need to learn how to be sociable again after the government yesterday announced a partial lifting of covid-19 restrictions on weddings, conferences, events, and other large gatherings. Daily covid cases have remained low over the past six weeks since falling dramatically in July, allowing the government to push ahead with easing more restrictions. We have the full rundown in this morning’s Speed Round, below.

The six-month freeze on loan repayments ends today: The Central Bank of Egypt (CBE) will not extend the six-month freeze on loan payments which expires today, according to a circular (pdf) published by the bank yesterday. The CBE instructed banks not to extend the initiative, introduced in March to ease pressure on borrowers through the covid-19 pandemic; lenders will instead review the financial positions of individual and corporate customers to assess whether they would be eligible for debt restructuring.

Foreign Minister Sameh Shoukry is in Greece today for talks, the Foreign Ministry said yesterday. The visit comes two days after the Greek government raised the prospect of bilateral talks with Turkey to dial back tensions in the EastMed.

We’ll know tomorrow the results of last week’s run-off elections for the Senate. The first round of voting last month saw 174 members elected to the newly-constituted upper chamber, and the run-off will determine the outcome in another 26. President Abdel Fattah El Sisi will appoint the remaining 100 members of the 300-seat Senate after the final results of the votes are announced.

The Food Export Council will hold a meeting on Thursday with Brazil’s ambassador to discuss increasing exports under the 2017 Mercosur Agreement, Youm 7 reports. Egyptian exports to Brazil have surged 74% in the three years since the trade agreement was signed.

It’s Fed day: The US Federal Reserve kicks off it’s two-meeting to review interest rates today. The bank may announce new three-year interest rate projections and elaborate on its recent break with tradition to allow inflation to shoot past 2% and unemployment to fall further than previously allowed, per CNN.

The exciting week for our fellow gadget nerds continues today with an Apple event kicking off at 7pm CLT today. Bloomberg’s Mark Gurman suggests we’ll see a new Apple Watch with an oxygen meter and an iPad Air that looks a lot like an iPad Pro — but no new iPhones until another event in October. Thanks, covid.

Sony made good yesterday on the launch of its A7C entry-level full-frame camera, which the gang at DPReview suggest is essentially an A7III compressed into a smaller (slightly pricey) package that shares DNA with its A6xxx series. Go watch Chris and Jordan chew it over, listen to Hugh Brownstone (the most thoughtful camera reviewer out there) or catch Fro Knows Photo.

Tomorrow you can expect Sony to talk PS5 while Nikon takes the wraps off two new lenses for its Z mount full-frame camera — and perhaps gives us a sneak peek at its anticipated Z6s and Z7s models.

And for us (sci-fi) nerds: Astronomers think they may have found signs of life on … Venus, of all places. Belay your “men are from Mars and women are from Venus” jokes from the derisible 1992 book and get this: Scientists think signs of phosphine gas in Venus’ upper atmosphere could speak to bacterial life on the planet, what has long been overlooked in our search for life beyond earth. The story is front page around the world: NYT | WSJ | BBC | FT | NatGeo | The Atlantic.

SIGN OF THE TIMES- The pandemic has rekindled debate over whether it’s time to move to a shorter workweek, but the catch is that some companies are cutting salaries in step with work hours. The Financial Times has a quick look at the subject worth considering if this is on your list of ideas for 2021 as we think through strategy and budget for next year.

The Health Ministry reported 168 new covid-19 infections yesterday, up from 153 the day before. Egypt has now disclosed a total of 101,177 confirmed cases of covid-19. The ministry also reported 13 new deaths, bringing the country’s total death toll to 5,661. We now have a total of 84,969 confirmed cases that have fully recovered.

The World Health Organization has promised Egypt 30 mn doses of the first covid-19 vaccine that safely hits the market, Youm7 reports, citing cabinet spokesman Nader Saad, who did not elaborate.

EgyptAir, UAE health firm to collaborate on PCR tests: EgyptAir and Aster Hospitals will work together to provide EgyptAir customers travelling to Cairo from the UAE with PCR tests, Al Shorouk reports.

Questions are again swirling over whether UBS and Credit Suisse could merge after “UBS chairman Axel Weber … mapped out a merger with Credit Suisse that would create a unified Swiss champion in wealth management and investment banking,” the Financial Times reports. No formal talks are underway, the salmon-colored newspaper adds.

The US tech slump has allowed Saudi Aramco to reclaim its spot as the world’s most valuable listed company — an accolade Apple had snatched from the oil giant in July, Bloomberg reports. Apple’s shares tumbled nearly 17% this month as the tech-dominated Nasdaq endured a sell-off, while Aramco’s shares are up 1.1% in September so far.

The Trump administration is set to review the potential agreement between Oracle and TikTok’s owner ByteDance ahead of the 20 September deadline, the Financial Times reports, citing unnamed officials familiar with the matter. ByteDance is seeking a “technical partnership” agreement with Oracle that would see the US tech firm take over the management of its user data and acquire a stake in its US unit. 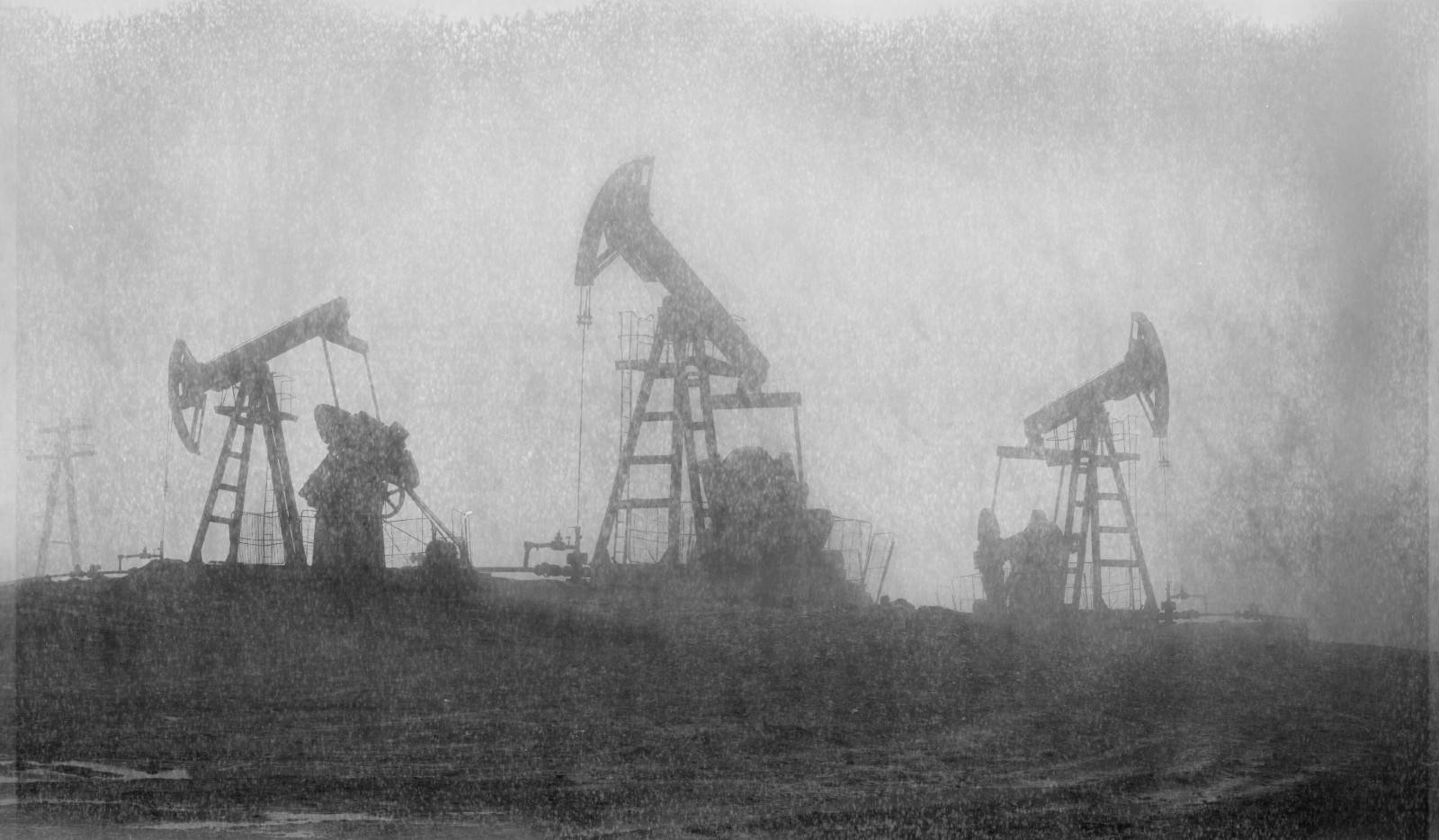 Have we already passed peak oil? Global demand for oil may have already peaked, leaving the fossil fuel industry facing a terminal decline, BP has said in its annual energy outlook. Two of its three energy scenarios over the coming three decades suggest that the covid-19 pandemic may have caused demand to peak in 2019, while the third envisions a world where climate change does not intensify, forecasting demand to plateau through the coming decade before declining from 2035.

SMART POLICY- Unilever could help drive down fossil fuel demand by committing to relying 100% on renewable or recycled carbon, instead of fossil fuels, in its cleaning products by 2030, the company said in a statement (pdf). The switch is part of the company’s EUR 1 bn “clean future” program to reduce its carbon footprint.

Yoshihide Suga is almost certainly Japan’s next premier after the governing Liberal Democratic Party elected him as its new leader in a landslide victory, according to the BBC. The country’s parliament will vote tomorrow to select a new leader to succeed Shinzo Abe, who stepped down late last month citing health reasons. Suga, who served as chief cabinet secretary under Abe and is considered one of his closest allies, is widely expected to stick with so-called ‘Abenomics’ — a set of economic policies that revolves around loose monetary policy and big government spending. The program saw Japan’s economy experience its longest run of post-World War II growth, and succeeded in lifting it out of its decades-long period of deflation.

An end to the eight-month blockade on Libyan oil exports may be in sight after eastern military commander Khalifa Haftar pledged a “full reopening of the energy sector,” the US embassy in Libya said in a statement on Saturday.

US ELECTION WATCH- Secret Agent Orange is sticking to his position that the wildfires sweeping the US’s West Coast has nothing to do with climate change. “It will start getting cooler — just you watch,” US President Donald Trump said during a campaign appearance after meeting with California state officials. “I don’t think science knows, actually.” Rival presidential candidate jumped on Trump’s dismissal of the scientists’ claims, calling the president a “climate arsonist,” the NYT reports. Reuters has footage (watch, runtime: 1:10)