Welcome to the final day of 1H2020, which must surely rank near the top of the league table for worst first halves ever? Sure, 2H wins the Global, All-Time Bad Half Sweepstakes — but only because the first and second world wars broke out in 2H. (As did the Great Depression…)

2020: The year that just keeps on giving. Maybe “hindsight is 20/20” was meant as some kind of cryptic warning from the future?

The big news of the day? The World Health Organization is warning that the pandemic is speeding up globally and that “the worst yet to come” (details below).

Some thoughts as we prepare to kick off the second half of the year — and the state’s new fiscal year:

The 2020-2021 budget is on President Abdel Fattah El Sisi’s desk for signature. It goes into effect tomorrow if it is signed today. If not, the current budget resets and guides spending and revenue priorities from tomorrow until a new one is passed.

Your wage tax bill could soon get a little bit more expensive: The state’s coffers will benefit in the new fiscal year from a 1% surtax on all salaries for coming fiscal year to help fight covid-19. The surtax is also yet to pass in the House.

Electricity bills are going up by some 16-30% for residential consumers starting tomorrow in the government’s final phase out of electric subsidies for the highest consumption brackets. You can find the full breakdown of the new pricing structure for household customers here. The full phase-out of subsidies will now take place in 2025.

University exams start tomorrow and the 2019-2020 academic year has been extended to 15 September (rather than 31 July) as a result.

A ray of sunshine: China said this morning that factory activity expanded in June as the official purchasing manager’s index showing both supply and demand picking up.

Asian markets are up in early trading this morning as a result. Futures suggest markets in Europe, the US and Canada will follow suit.

Is an announcement on new EBRD funding for Egypt’s tourism industry imminent? International Cooperation Minister Rania Al Mashat held talks yesterday with the European Bank for Reconstruction and Development (EBRD), a few days after the bank announced that Egypt could be in line for an unspecified amount of emergency funding to rescue its tourism sector.

MORNING READ- The long, unhappy history of working from home in the New York Times. Look, we’re not fear-mongering. Like Inktank, our parent company, we’ve been fully WFH since early March, and we’re still here, right? In fact, Enterprise’s night shift — pre-corona — worked from home four out of five days every week. The key here is “four out of every five”: In our experience, culture is built in the office and tested in remote work, and it’s critical that we all remember that WFH works for “many” jobs in “many” industries — but not every job at every company.

*** Want to start your own business? You have only have a few days to submit entries to Giz Egypt’s CouchPitch initiative. The partnership with Himangel and Mint Incubator will matchmake startups with angel investors. Deadline for entry is 4 July and the event will take place on 14 July.

The Health Ministry confirmed 83 new deaths from covid-19 yesterday, bringing the country’s total death toll to 2,872. Egypt has now disclosed a total of 66,754 confirmed cases of covid-19, after the ministry reported 1,566 new infections yesterday. We now have a total of 17,951 confirmed cases that have fully recovered.

At least seven covid-19 patients died in a fire at the isolation ward of Badrawy Hospital in Alexandria, according to Ahram Gate. Another nine patients were injured in the fire. Public Prosecutor Hamada El Sawy has ordered an investigation into the incident, according to Al Masry Al Youm.

Nurseries will be operating at 50% capacity and all staff will be required to wear masks as part of the Social Solidarity Ministry’s guidelines for nurseries looking to reopen their doors next week, according to a ministry statement. Parents and outside visitors will be barred from entry. Other provisions: regular fever testing, maintaining an on-site isolation unit and a trained infection control officer. Social Solidarity Minister Nivine Kabbag yesterday told ExtraNews that nurseries will be allowed to operate four days a week — from Sunday through Wednesday — but will have to close their doors each day at 3pm rather than 5pm (watch, runtime: 12:41).

It’s unclear whether travellers from Egypt will be freely allowed into the UAE: The UAE will classify countries into three categories as air travel is set to resume. Green countries will be allowed freely into the UAE, yellow countries will have to take certain measures before entering, while red countries will be restricted from entry, Consulate General of Egypt in Dubai Younan Edward explained, according to Al Mal. Edward added that the official announcement is still to be made and that Egypt has not yet been classified.

Cairo Airport is installing 40 thermal cameras at a cost of EGP 7 mn, Chairman Mohamed Mahrous said, according to Al Mal. The airport’s arrival halls will be fitted with the cameras by tomorrow, in time for the resumption of flights.

Covid continues to spread among the nation’s footballers ahead of league restart: Nineteen professional football players have now tested positive for covid-19, a source in the Egyptian Football Association (EFA) told FilGoal. The source added that the cases are distributed among eight clubs, but all are stable. Zamalek FC said last week that it would opt out of this season’s Egyptian Premier League after the EFA reported six new cases among players

The Egyptian General Petroleum Company (EGPC) will resume importing petroleum and diesel in anticipation of an uptick in demand following the relaxation of lockdown measures, according to Al Mal. The state oil firm suspended imports in March as Egypt’s domestic production was sufficient to meet the low demand.

WHO: “The worst is yet to come … [as] some countries have now experienced a resurgence of cases as they start to reopen their economies and societies.” So said WHO boss Tedros Adhanom Ghebreyesus in remarks yesterday, adding: “Globally, the pandemic is actually speeding up. We all want this to be over. We all want to get on with our lives, but the hard reality is that this is not even close to being over.”

Some politicians in the United States are getting the message: New York and New Jersey are reconsidering the pace at which they’re re-opening. The case count in California is exploding (Los Angeles is now the epicenter of the US outbreak), as is Texas. And Arizona is closing parts of the economy back down.

But hey, world leaders are back to face-to-face diplomacy, the WSJ notes, writing that, “Four months of virtual meetings saved time and money but officials say the personal touch is needed for successful diplomacy.

Iran reported a record number of daily covid-19 deaths yesterday with 162 fatalities, according to Bloomberg.

Trump’s comments on China agreement, central bank stimulus boosts risk appetite for EMs despite grim macro outlook: Bolstered by Trump’s recent comments that a US-China trade agreement is staying and a “tidal wave of central-bank stimulus,” risk appetite for emerging market assets is continuing to stage a rebound. The MSCI EM index is poised to post its strongest quarterly performance since 2010, and EM currencies have gained momentum over the past three months, says Bloomberg. While EM assets continue to gain, there’s a split between those gains and the grim outlook in countries where cases are continuing to spiral out of control. 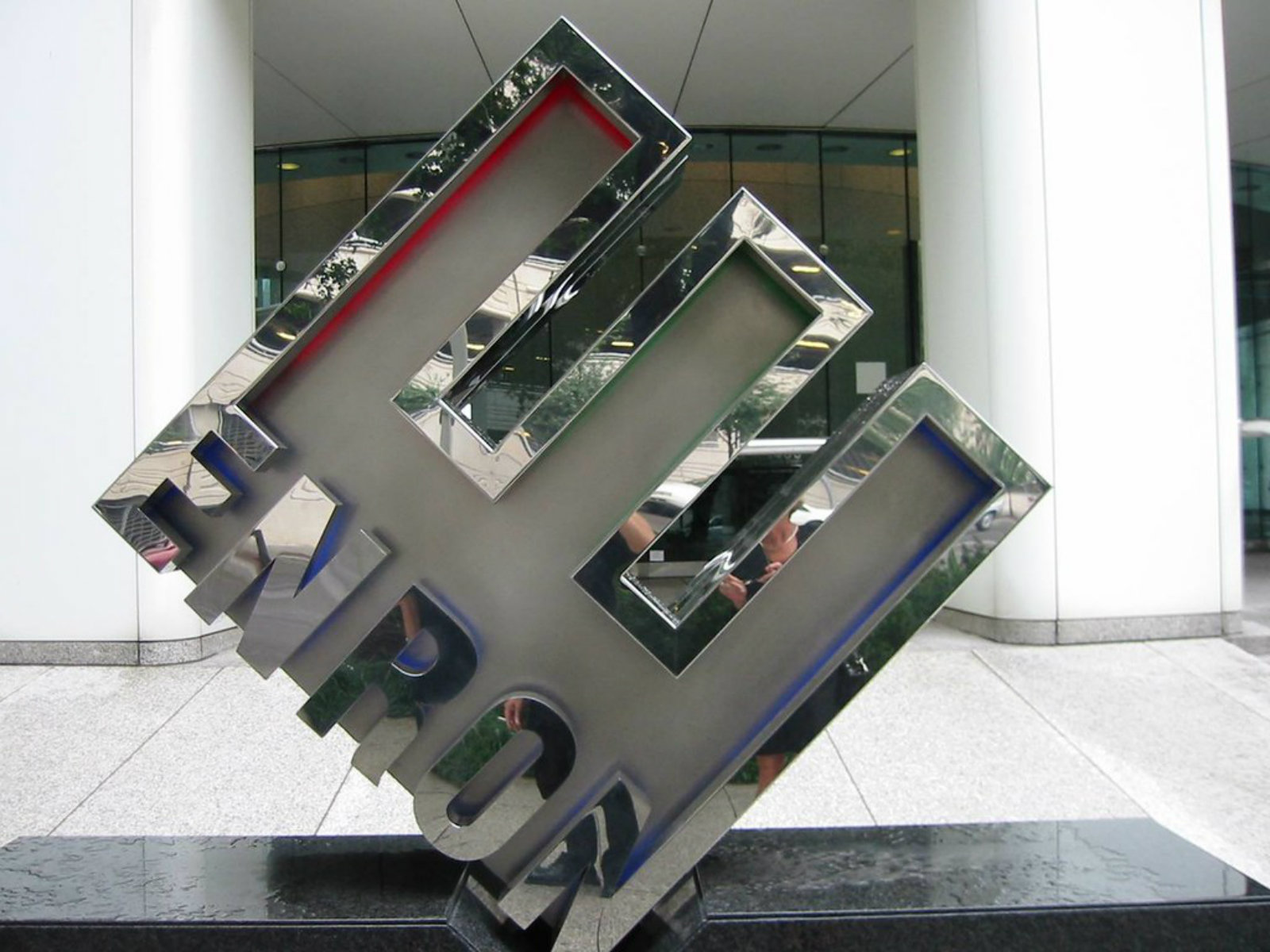 The Wirecard fintech scandal — now being dubbed the “Enron of Germany” — has galvanized calls for regulatory reform of the country’s financial system, CNBC reports. Germany’s financial regulator is facing sharp criticism for its toothless oversight that enabled fraud in the fintech firm, along with Wirecard’s long-time auditor EY, which is also currently caught up in three other scandals. Wirecard’s founder and former CEO Markus Braun was arrested last week after admitting that EUR 1.9 bn of cash reported on its balance sheet likely “does not exist.”

Brazil bans WhatsApp mobile payments: The Brazilian central bank and competition watchdog has suspended WhatsApp’s payments feature because of its concentrated share of the country’s e-payments market, Bloomberg reports. The central bank has banned Mastercard and Visa from partnering with the Facebook product for payments and transfers and the regulator has ordered it to suspend its partnership with e-payment giant Cielo.

Turkey is deepening its involvement in Libya: Turkish energy firm Karadeniz will bid soon to supply the Tripoli-based government in Libya with 1 GW of electricity, Reuters reports.