Inflation back on the rise, throwing continued easing cycle to doubt

Inflation unexpectedly surges in February: Annual headline urban inflation accelerated to 14.4% in February compared to 12.7% in January, the central bank said in a statement (pdf). Month-on-month, inflation rose to 1.7% in February compared to 0.6% in January. Annual core inflation, which excludes volatile items such as food and fuel, shot up to 9.2% compared to 8.6% in January. Vegetables were the biggest contributors to rising prices, advancing some 39.4%, according to CAPMAS figures. Other major contributors were meat and chicken, household utilities and transportation.

Does this mean the central bank will pull back from rate cuts? The Central Bank of Egypt, which sees inflation falling to 9% (±3%) by the fourth quarter of this year, cut its key interest rates by 100 bps last month, citing lower inflation as one of the reasons behind its decision. The surge in February inflation has some analysts suggesting further cuts could be delayed. “We think the reading might dim the chances for another rate cut when the Egyptian central bank meets later this month,” Mohamed Abu Basha, head of macro analysis at EFG Hermes said in an emailed note. Allen Sandeep, head of research at Naeem Brokerage, said in a note that the higher than expected inflation “should put the brakes on monetary easing for now”.

Others are still optimistic: Radwa El Swaify, head of research at Pharos Holding, told Reuters she expects inflation to reach 13.5-14.5% between now and September as vegetable prices remain the primary challenge. That said, she sees inflation coming under control and another 100 bps rate cut this month as likely — subsidy cuts expected in June mean this month’s meeting is the last opportunity to cut rates until September. (Pharos’ full research note is this morning’s Pharos View, below.) Shuaa Capital’s Esraa Ahmed said the surge in inflation makes another cut more difficult, but noted inflation is being fueled primarily by volatile items such as vegetables and this “should not hinder a possible rate cut if the overall scene is conducive to monetary easing.”

The central bank will next look at interest rates on 28 March. 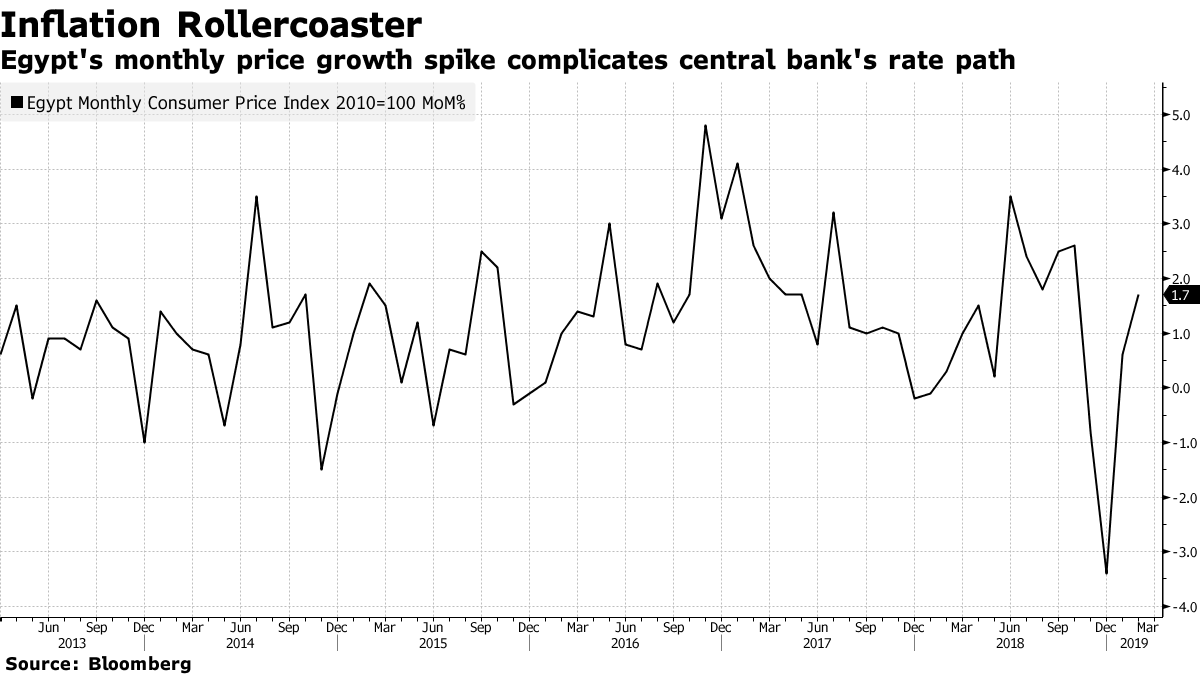