Annual headline inflation accelerates for the first time in almost a year in June to 14.4% 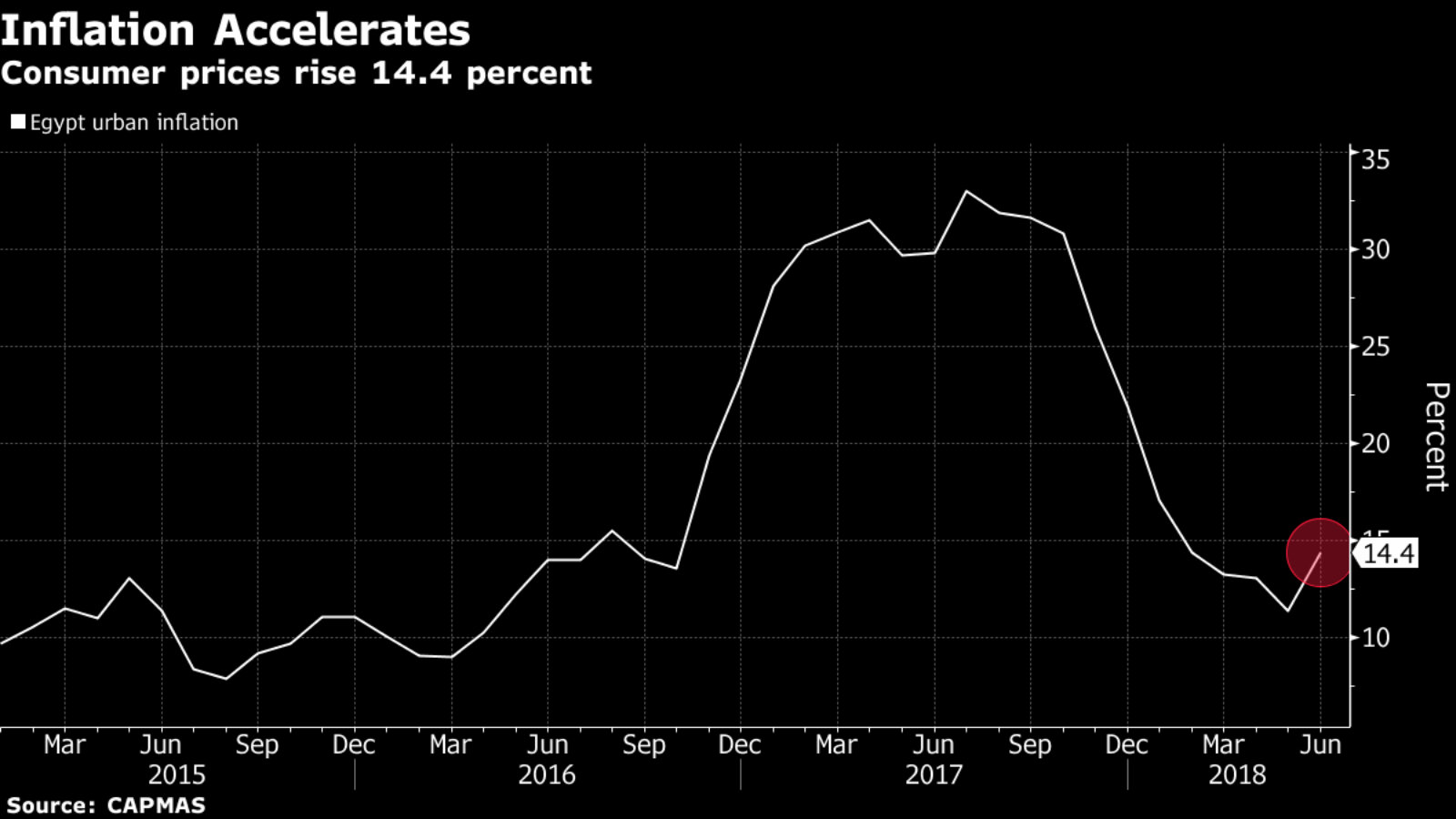 Annual headline inflation accelerated for the first time in almost a year to 14.4% in June, up from a low of 11.4% in May, according to data from CAPMAS released by the central bank yesterday. Monthly headline inflation rose to 3.5%, up from 0.2% in May. Meanwhile, annual core inflation — the CBE’s preferred gauge, which strips away volatile items such as food — fell to 10.9% in June, compared to 11.1% in May. Inflation in May had cooled to its lowest level in two years, but recent increases to the cost of fuel and power as well as transportation had widely been expected to push inflation up slightly during the summer months.

The spike, however, was a little too much, too soon, various analysts tell Reuters. “We had expected the 3.5% m-om increase in CPI to hit the July numbers, rather than June, which means that the spike in cost had reflected on prices faster than estimated,” said Pharos’ Head of Research Radwa El Swaify. “Consequently, we expect July monthly inflation to hit 2.5-3.5%, and annual inflation to score 14.5-15.0%, but level off gradually to 13-13.5% by December 2018.”

What does this mean for interest rates? Expectations are for the central bank to maintain key overnight deposit and lending rates until the end of the year, El Swaify and Naeem Brokerages’ Alan Sandeep tell the newswire. The central bank’s Monetary Policy Committee (MPC) had kept overnight deposit and lending rates unchanged at 16.75% and 17.75%, respectively, when it met last month, describing the move as a necessary measure to counter the expected rise in inflation. The CBE had said then that it sees inflation falling to single digits once the “temporary effect of supply shock dissipates.” The MPC next meets on Thursday, 16 August to decide on interest rates. Bloomberg also has the story.