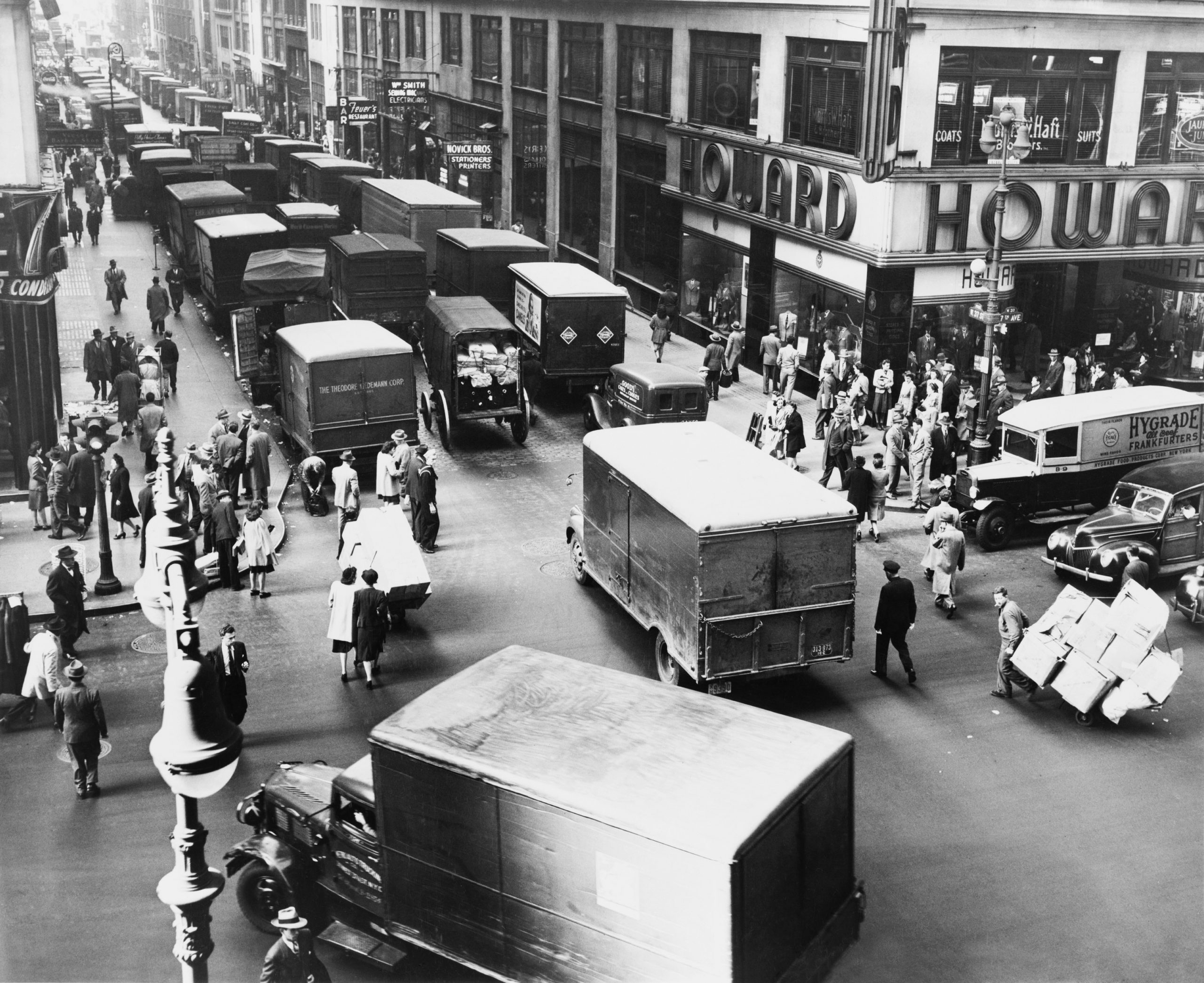 What’s Jumia up to in Egypt? 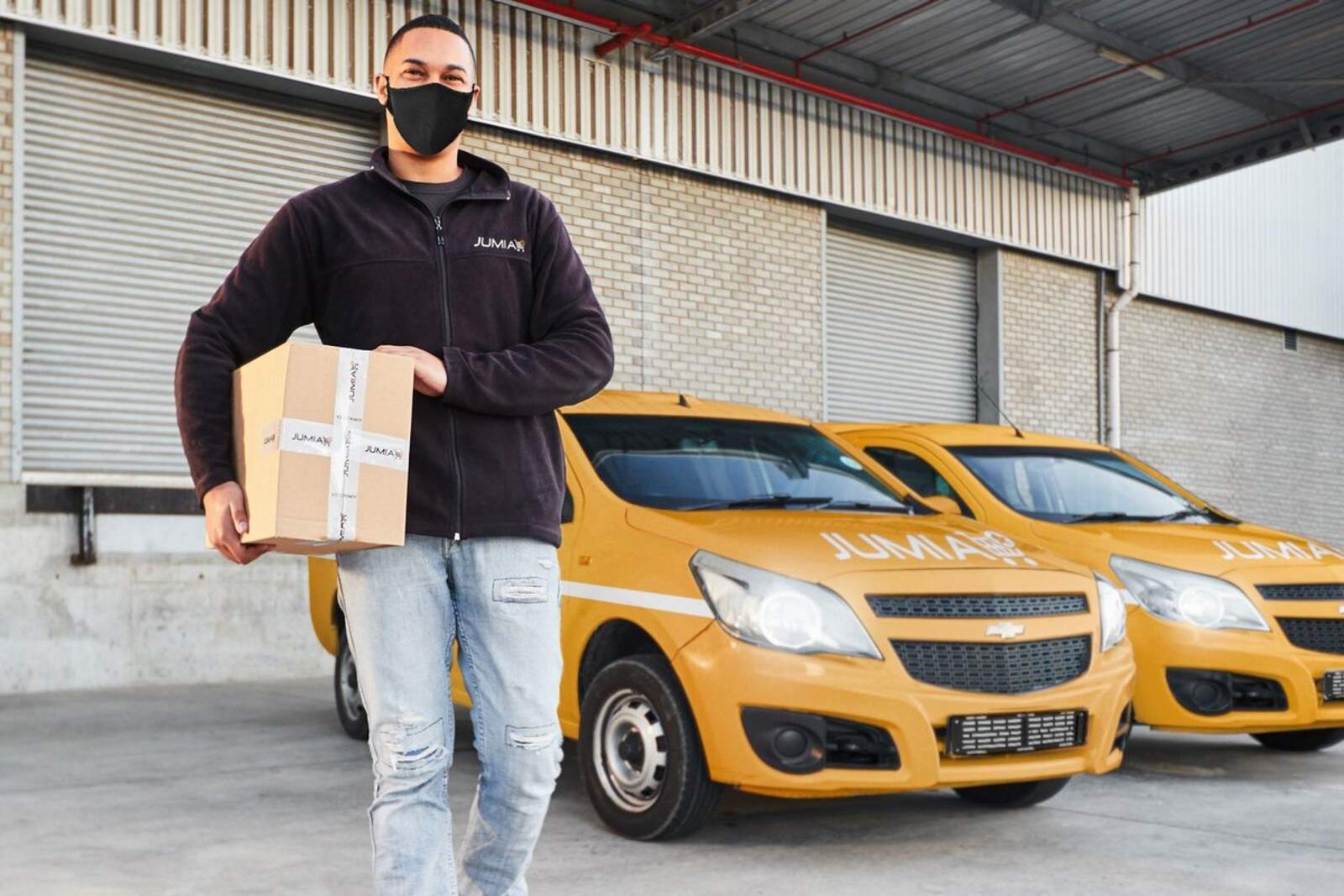 What’s Jumia up to in Egypt? Pan-African e-commerce giant Jumia had a good 2020. The company saw 3Q2020 operating losses reduced by 49% y-o-y, and its stock price up more than 500%. In Egypt, it’s launching its food delivery business Jumia Food, and recently announced it’s making its integrated logistics services available to third-party businesses.

We sat down (virtually) with Thomas Maudet, managing director of Jumia Services Egypt (LinkedIn), to discuss how Jumia’s physical and tech infrastructure are helping it expand its operations and launch new services, including its new third-party service. We also look at what’s spurring e-commerce growth.

Maudet also discussed the company’s immediate priorities in Egypt, including achieving double digit growth at Jumia Food within the year, increasing last-mile delivery stations by 40% and increasing its warehouses in the Delta and Upper Egypt. Jumia is also considering an entry into pharma delivery, as a third step after expanding Jumia Food and adding supermarket delivery to its range of services. Edited excerpts from our conversation:

Jumia’s infrastructure in Egypt: Jumia has roughly 70 last-mile hubs, 140 pickup stations, and 15 drop-off stations in Egypt. It has 12 warehouses: Three larger ones that will eventually be merged to centralize operations, and nine smaller ones for fast-moving items that can be rapidly dispatched for same-day delivery. Around 70% of its business is concentrated in Cairo and Giza, 10-15% in Alexandria, 10% in the Delta, and the rest in Upper Egypt, on the Red Sea and the North Coast.

Jumia is targeting 90% next-day delivery service of items in the next year, up from its current rate of roughly 85%, by building its number of warehouses and delivery capacity in the Delta. It has a freight of 1-1.5k drivers leaving the last-mile hubs. It processed several mn packages in Egypt in 2020, seeing roughly 20-25% y-o-y growth in the number of packages it processes and delivers, says Maudet.

Robots still only account for a fraction of the workforce, with 80-90% of Jumia’s operations being carried out by humans. Future investment in equipment like automatized conveyors is possible, says Maudet. Still, the bulk of Jumia’s automation investment is in things like automated warehouse picking, where AI is used to calculate the fastest routes for human warehouse workers to follow when they collect items, then displayed on the mobile devices they carry. “Someone working in a warehouse could walk 2-3 km per day retrieving items. We want to calculate the fastest path for them, to make their time in the warehouse aisles most efficient,” he says.

E-commerce boomed in 2020 due to the pandemic: E-business was growing pre-covid, but the pandemic accelerated it, says Maudet. Jumia itself is seeing 30% y-o-y growth overall, he notes. Not even traffic congestion or IT instability impeded operations during the covid e-commerce boom, says Maudet. “Congestion usually operates in our favor. Clients prefer ordering from an e-commerce company to braving the traffic.” Occasional network coverage disruptions don’t really impact operations, he adds.

Growth is driving Jumia’s new service for third-party businesses: As sales in stores greatly decreased during the covid curfew period, many sellers launched their own websites, or started selling through generic platforms like Shopify. By providing services to third-party businesses, Jumia can profit from their shift online, rather than competing. “We see no need to compete with other platforms except direct competitors, like other e-commerce platforms. We don’t consider the brands we sell on Jumia to be competitors, even if they open their own websites.”

These businesses have access to Jumia’s fast infrastructure: Clients have Jumia warehouse space and a logistics team taking care of their inventory, comprising:

And Jumia’s developing new AI-based services, to meet the particular delivery needs of prospective or existing third-party clients: “In Egypt, we’re in touch with Etisalat and ADIB bank, which would both need us to offer extra security steps — like checking IDs and collecting signatures — to comply with their delivery protocols. And we’re designing a service for tobacco manufacturers Philip Morris, to ensure customers receiving their items are over 18.”

So what are Jumia’s ambitions for Egypt? For starters, increasing its total number of pickup stations to 200 within two months. “We want to increase our last-mile delivery stations by 40%, including the pickup stations,” says Maudet. It’s growing its number of warehouses in the Delta and Upper Egypt, aiming to continually improve lead time, he says. “We can manage next-day delivery in Cairo, Giza, Alexandria and 50-60% of the Delta. To really reduce the lead time, we must use smaller, centrally-located warehouses with less storage capacity but faster delivery.”

Pharma could also be coming up: Pharma items are essentials, so this is an area Jumia’s considering entering to meet customer needs — for products sold without a prescription, for example. “It’s something in the pipeline we’re exploring,” says Maudet.

But this would be a possible third step, after food and supermarket delivery. The Jumia app will allow customers to order essential items within a 2-3 km radius, to be delivered within 30 minutes. Jumia Food — which launched in Egypt six months ago — is the first step, with some 70 brands on board. Supermarkets will be next: Jumia could quickly launch a service delivering supermarket items within 30-45 minutes — either using its own stock or stock belonging to well-established brands in Egypt, says Maudet.

Expanding Jumia Food is the immediate priority: Jumia Food is due to expand in Cairo and Alexandria, says Maudet. “We’re aiming at double digit growth in the next year.”

But isn’t Egypt’s food delivery market already saturated? Not after two big players were edged out last year: Uber Eats and Glovo have left Egypt, offering Jumia a chance to capitalize on the market gap, says Maudet. “We saw two pure players exit Egypt during covid, so we decided to enter.”

How could the gov’t smooth the way for more business? Ease customs regulations: Customs regulations can make importing items from abroad a challenge. Ideally, the government would make it easier to import high-demand items, says Maudet. “This would open up new routes.”