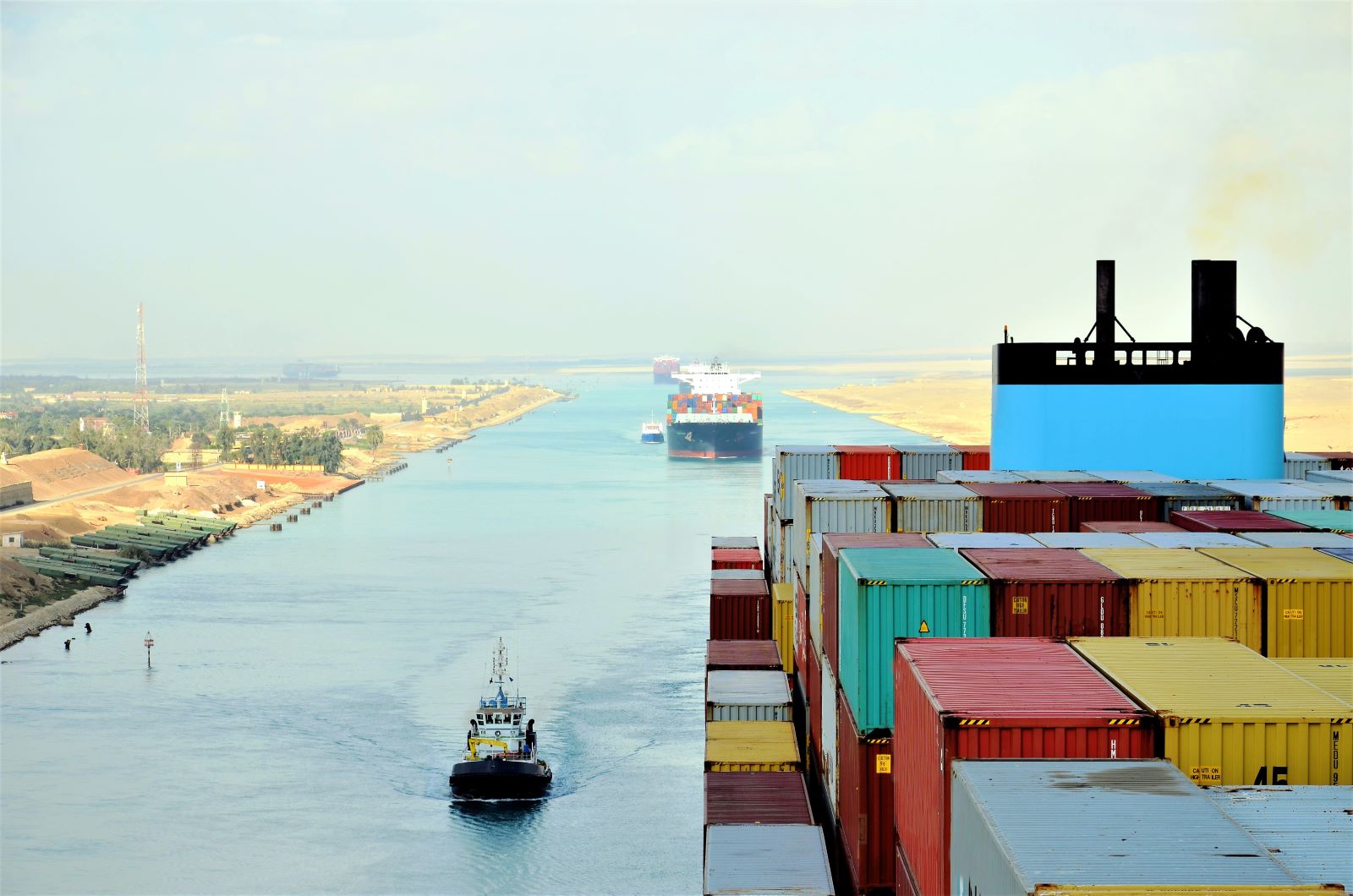 How our plans to build a new commercial maritime fleet are faring: Earlier this year, the government began working on boosting the country’s commercial maritime fleet to increase the number of vessels sailing under the country’s flag. Transport Minister Kamel El Wazir held meetings in September with the maritime transport sector and private shipping companies, and recently pitched Belgian companies on investing in Egypt’s commercial maritime fleet. Although the government is pushing forward with the plan, it could meet some headwinds from a projected fall in freight rates and higher costs of shipbuilding and shipyards development at ports, industry sources told Enterprise.

The ambitious plan comes at a time when the world is hit by supply chain snags and higher shipping costs (including at the Suez Canal), making it all the more necessary to have dry bulk carriers (mostly used to transport wheat and commodities) and other commercial ships at our disposal here at home to help lower import costs and alleviate pressure on the EGP. This is particularly important after the Central Bank of Egypt moved last week to a new “durably flexible” foreign exchange rate regime, leading the EGP to lose c.23% of its value since Thursday — and more than 53% since the CBE’s first devaluation this year in March.

Where our fleet currently stands: There were around 118 vessels in our commercial fleet by the end of 2021, according to government data shared with Enterprise. However, our sources say that the fleet does not exceed 13 medium-sized vessels. Vessel traffic at Egyptian ports — distributed across our 3k km coastlines — rose 2% y-o-y in 2021 to 11.59k vessels.

Global shipment rates are on the decline as fleet capacities grow: Drewry Shipping Consultants forecasts a 9% growth in global fleet for vessels in the upcoming period until 2024, although growth in container volume would only account for just 2 percentage points. A report by The Kiel Institute for World Economy showed a significant m-o-m decline in freight rates for container ships in October.

A well-established commercial fleet would help in the marketing of goods and open up new markets, Egytrans Chairperson Abir Leheta told Enterprise. It would allow diversity in goods offered in quantity and quality, while taking into consideration the impact of the economies of scale in shipping in large quantities, she said. Large shipped quantities and lower shipping rates would lead to a decline in aggregate costs for goods, and therefore a decline in prices, she said.

…And it could be a major asset for the economy: “Establishing a commercial fleet is a tremendous economic tool and a main pillar of the national economy,” Leheta said, describing it as a “manifestation of national political and economic sovereignty.” It is also essential during times of wars and crises to meet the state’s needs of strategic items, she added. (We learned that lesson with the suspension of wheat cargo shipments out of Ukraine during the first several months of its war with Russia.) Beyond that, having a strong commercial maritime fleet creates jobs for the sector, since it requires workers on ships and at ports, in addition to laborers focused on ship maintenance and other activities related to the fleet.

But this plan is not without its challenges: Companies that own Egyptian vessels have exited the market for several reasons, including a reliance on family business and hurdles in keeping pace with the third generation. Among the key challenges our sources cited:

Still, there’s plenty of work underway: The Transport Ministry is currently undergoing an overhaul of shipyards to have the necessary capacity to receive more vessels under efforts to boost the country’s commercial fleet, industry sources told Enterprise. This is crucial as the country will soon have a new terminal at the Alexandria Port and is developing berths in the Damietta and Sokhna ports, in the biggest infrastructure boost to the sector. This infrastructure overhaul has more than doubled carrying capacity for containers and cargo to reach 22 mn containers annually from 10 mn last year, according to our sources.

It’s not a cheap undertaking: An increase in shipbuilding costs is close to the cost of establishing container terminals, Mahoney Chairman Ahmed El Akkad said. The cost of building five new dry-bulk ships could cost nearly USD 500 mn, a similar cost to the second container at Damietta port, he said.

We’re hungry for funding: Negotiations are underway with the Export-Import Bank of Korea to boost the fleet, including financing the procurement of Korean vessels, the sources said. The talks have not yet been concluded due to the hefty price tag on ships, which the Korean side conditioned for the funding.

The private sector’s role — and, therefore, incentives — is key: Sources told us that there are ongoing partnerships with shipping lines to enter public-private sector partnerships, including Alexandria’s Tahya Misr terminal, which will be operated through the CMA-CGM line to join a European consortium that includes Germany’s Eurogate and global operator Hapag–Lloyd. A second container terminal was agreed with Hapag–Lloyd in Damietta port. But to truly set up a proper commercial fleet, the government needs to introduce legislative amendments, as well as tax and finance incentives, maritime industry player Mohamed Dawoud told Enterprise. These incentives could include alternative financing options that would help alleviate the cost-intensive burden of investing in the sector, he suggested.