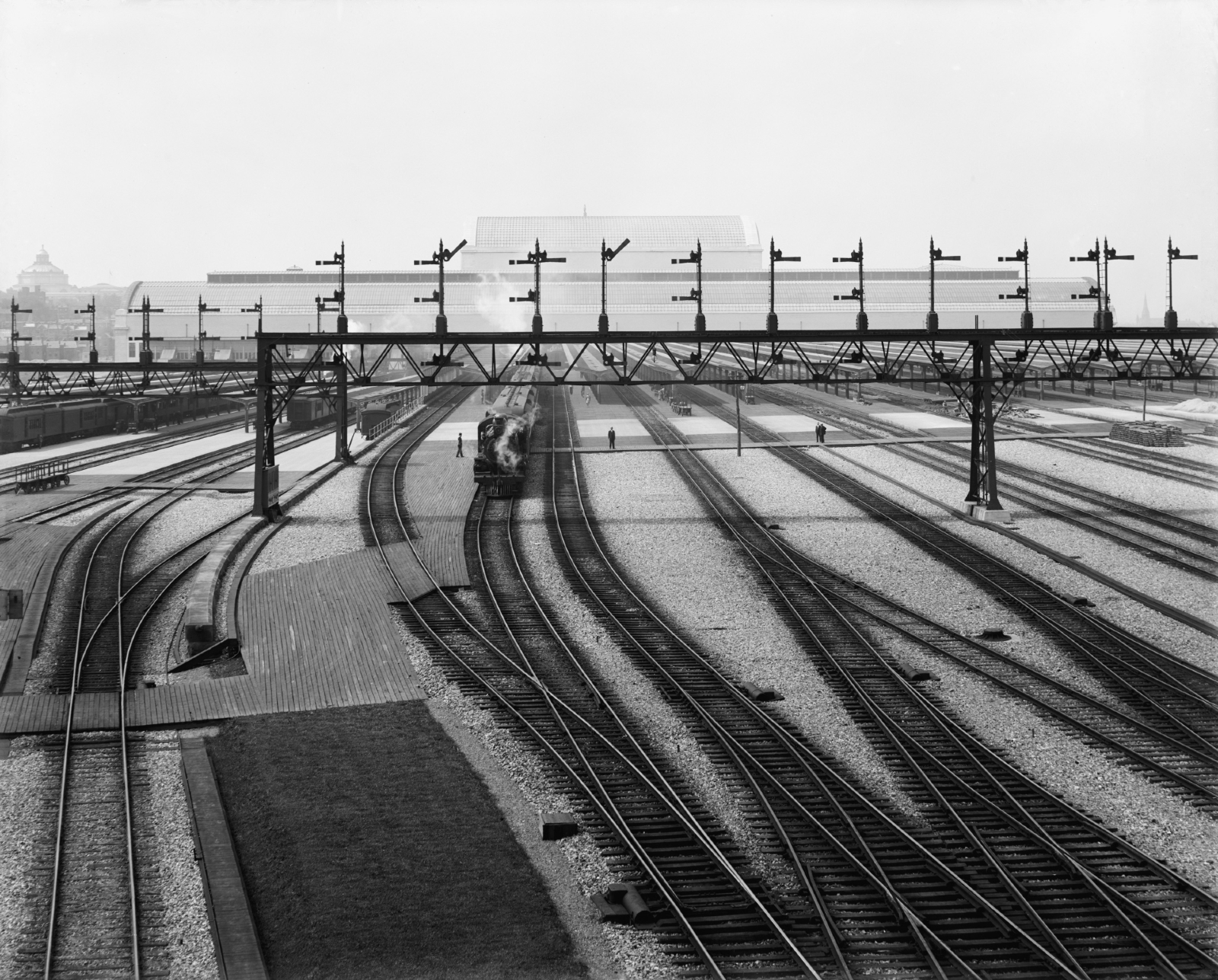 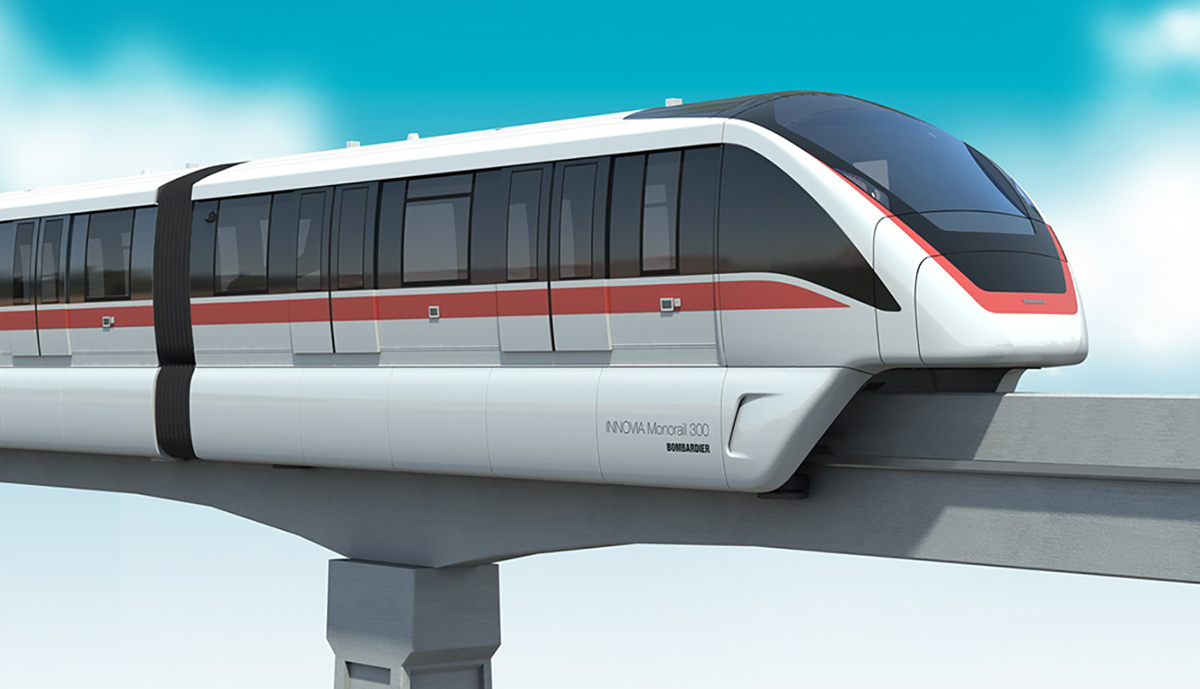 A breakdown of Egypt’s plan to overhaul its ailing railway system: Next to water and energy, transportation appears to be among the most important plank of the government’s infrastructure development program. And in that realm, no sector was in dire need of an overhaul as Egypt’s railway system. The government has slated EGP 141 bn to spend on a much-needed overhaul for the country’s railway system through 2022. Railway officials told Youm7 in January that EGP 55 bn will be spent from 1 July 2020 to 1 July 2022. (For the purposes of this piece, we will not consider the highly efficient, but under-funded, Cairo Metro system.)

The plan, which hopes to serve 2 mn travelers and commuters per day by 2022, has three tracks (no pun intended): Upgrading Egypt’s current railway infrastructure, developing new lines, and buying new locomotives and rolling stock. And while the plan has taken off, with agreements signed and planning completed on all three tracks, the sheer magnitude — both in terms of projects and financing — may itself threaten to derail (we couldn’t help ourselves) the plan.

Track #1- Building new railway lines: The plan calls for the construction of electric railway lines and monorails on one hand and the construction of long-distance railway lines connecting various parts of the country on the other. Last year, Egypt signed a 30-year contract with a consortium made up of Bombardier, Orascom Construction, and Arab Contractors that will see them build, operate, and maintain monorails linking 6 October City to Giza and Nasr City to the new administrative capital. The project is expected to cost USD 4.5 bn. The state is also planning a USD 7-8 bn high-speed electric rail connecting Alamein and Ain Sokhna via 6 October.

Remember: There are plenty of knock-on benefits from these projects. Bombardier, for example, is said to be interested in setting up a plant in the SCZone to manufacture monorail components.

Other noteworthy projects: These include the construction of three rail lines at a total cost of USD 14 bn: A 700 km Cairo-Luxor line, a 300 km Luxor-Hurghada line, and a 210 km Alexandria-Cairo section. These projects are scheduled for completion by 2022. New lines connecting Aswan and Marsa Alam and Abu Tartour and Safaga are also in the pipeline.

Track #2- Upgrading infrastructure: This involves upgrading signaling systems and tracks. There’s an ongoing tender to overhaul the Banha-Port Said railway line at a cost of nearly EGP 5 bn, for which Orascom Construction (OC) is said to be the frontrunner. The government is also looking to upgrade the Tanta-Mansoura-Damietta railway line and wants to complete the USD 352.5 mn upgrade of the Alexandria Raml tram line by 2022. We also noted last September that the Arab Organization for Industrialization (AOI) is in separate talks with France multinational Thales Group for a nationwide overhaul of signaling systems in both the railway and the metro.

Track #3- Getting new railcars. AOI is planning to complete this October an upgrade of its 65-year-old SEMAF railway supplies factory, we noted in January. After the ongoing overhaul of the facility, it will become the country’s only supplier of new rail cars, whether for planned new lines or existing ones. Until SEMAF is up and running, the government’s go-to strategy is to import. We will be receiving 1,300 railcars over the next few years under a EGP 22 bn contract signed in 2018 with Russia’s Transmashholding. We have also separately purchased 90 locomotives (or coaches with propulsion systems) under a USD 575 mn contract signed in 2017 with GE.

What isn’t being funded through state coffers directly will largely be funded through loans and grants by development finance institutions and other foreign lenders. Back in 2017, the World Bank had announced it planned to provide USD 2.5 bn in funding for Egypt’s railway system. In January 2019, an agreement was signed between the government and Export-Import Bank (EximBank) for a USD 1.2 bn loan to finance the construction of the new electric railway. The government is also in talks with the French Development Agency and the European Investment Bank (EIB) for two seperate EUR 190 mn and EUR 90 mn to finance upgrades to the Tanta – Mansoura – Damietta railway line.

But is the railway plan too ambitious? The scale and cost of the overhaul is a concern to pundits who say there are so many balls in the air that delays are inevitable. Consider the 6 October monorail, where a consortium of the African Development Bank, European Bank for Reconstruction and Development, and EIB has been in negotiations with the government to provide the funding. In its 2Q2019 Egypt infrastructure report (paywall), Fitch Solutions’ BMI Research casts doubt on the ability of Chinese companies, who will most likely be selected of the project, to repay some USD 1.2 bn loaned by the Eximbank for the Alamein-Sokhna electric railway project.

They may be right on that last project: The selection of the winning consortium for this project was postponed earlier this week, likely due to the project’s USD 7-8 bn price tag. So far it’s unclear where the rest of the funding for the project will come from.

Then, there’s the Egyptian Railway Authority, which bleeds cash: This fiscal year, the authority is projected to record nearly EGP 10 bn in operating losses. The authority is expected to make only EGP 4.9 bn in revenues, when it actually needs EGP 14.9 bn to cover its operating costs, according to its FY2019-2020 budget. A further EGP 21.9 bn will also be needed to cover planned capital expenditure. The railway authority recorded operating losses of close to EGP 12 bn in FY2018-2019, according to Youm7. Consistent losses each year have resulted in racking up some EGP 66 bn in debt, says the newspaper.

But progress is being made: Civil engineering works on 648 lines of track have been completed out of 1,102 lines slated for construction under the plan, Transport Minister Kamel El Wazir said last month. Signalling and control systems for 418 lines have been installed out of 1120 lines that still need them. He also noted that upgrades are currently underway for 262 railway stations. Meanwhile, the first 60 batch of the 1,300 Transmashholding railway cars are set to be delivered this March, and we received the first 10 GE locomotives in December

And with the private sector now sitting at the table, BMI Research is touting the long-term growth potential of Egypt’s railways. “With a large and growing population, and strengthening economic growth, we expect demand for railways to be maintained over the coming decades and foreign investor interest to remain robust,” it said. BMI also notes that the railway sector is a crucial driver of a strong Egyptian construction sector that it anticipates will achieve an average real growth rate of 10.1% out to 2023.

And let’s not forget, it’s all for a noble cause: What prompted the plan was the seemingly regular string of accidents that have claimed countless lives for the past few decades, the most recent of which was last year’s Ramsis disaster, which saw a death toll of nearly 22. It had gotten to the point of a national emergency, with a number of transportation ministers being axed since the Mubarak days. With a body count like that, better an ambitious plan, than no plan at all.