At least 20 people died yesterday when a train ran into a barrier inside Ramsis station in Downtown Cairo. More than 40 others were injured, according to a health ministry spokesman. The train derailed when it apparently hurtled unpiloted into the station, ramming into a concrete barrier at the end of platform six, the Transport Ministry said in a statement, without providing a death toll figure. The collision caused the locomotive’s fuel tank to explode, sending black smoke above Cairo’s downtown. Surveillance cameras in the station caught a glimpse of the collision as it occured (watch, runtime 00:20). In a separate incident yesterday, a train on the Matrouh-Alexandria rail route collided with a truck, killing at least one person and injuring six others, reports the local press.

Transport Minister Hisham Arafat resigned after the incident, according to a cabinet statement. The driver of the train in the Ramsis accident was arrested in Menoufiya governorate after trying to escape, Ahram Gate reported.

Runaway train during an argument? The Prosecutor General’s Office said it appears the accident took place after the conductor of the train that smashed into the station stopped his train to have an argument with another conductor. It appears that while the two were speaking, the first train began moving under its own power and rolled into the station unmanned,  Al Masry Al Youm reports, citing a statement by prosecutors.

Egyptian National Railways (ENR) and the Transport Ministry have formed committees to investigate the accident, according to a separate statement, and Prime Minister Moustafa Madbouly promised to “hold accountable” those responsible. The PM cut short a cabinet meeting to visit the site, according to Bloomberg. The government will pay EGP 80,000 for the relatives of the dead and EGP 25,000 for the injured, the cabinet said in a statement. Relatives of the dead are eligible for a separate EGP 30,000 insurance payout under policies held by the Transportation Ministry, the local press reports.

Highest accident rate in at least 15 years: ENR recorded nearly 1,800 accidents in 2017, the highest number in at least 15 years, according to a report by Declan Walsh and Toqa Ezzidin for the New York Times. State statistics agency CAPMAS put the total accident figure at nearly 11k between 2008 and 2017, the NYT adds, although not all incidents involve fatalities.

ENR had been working on overdue maintenance. Arafat had promised that we would see progress by mid-2019 on rail network upgrades, the acquisition of new rolling stock and the installation of electronic signaling systems. The House of Representatives has also been working on legislation that would open the railways to more private-sector involvement.

Pickups of the Ramsis train tragedy top coverage of Egypt in the international press this morning. See Bloomberg | Associated Press | the Guardian | the Express | the Sun. 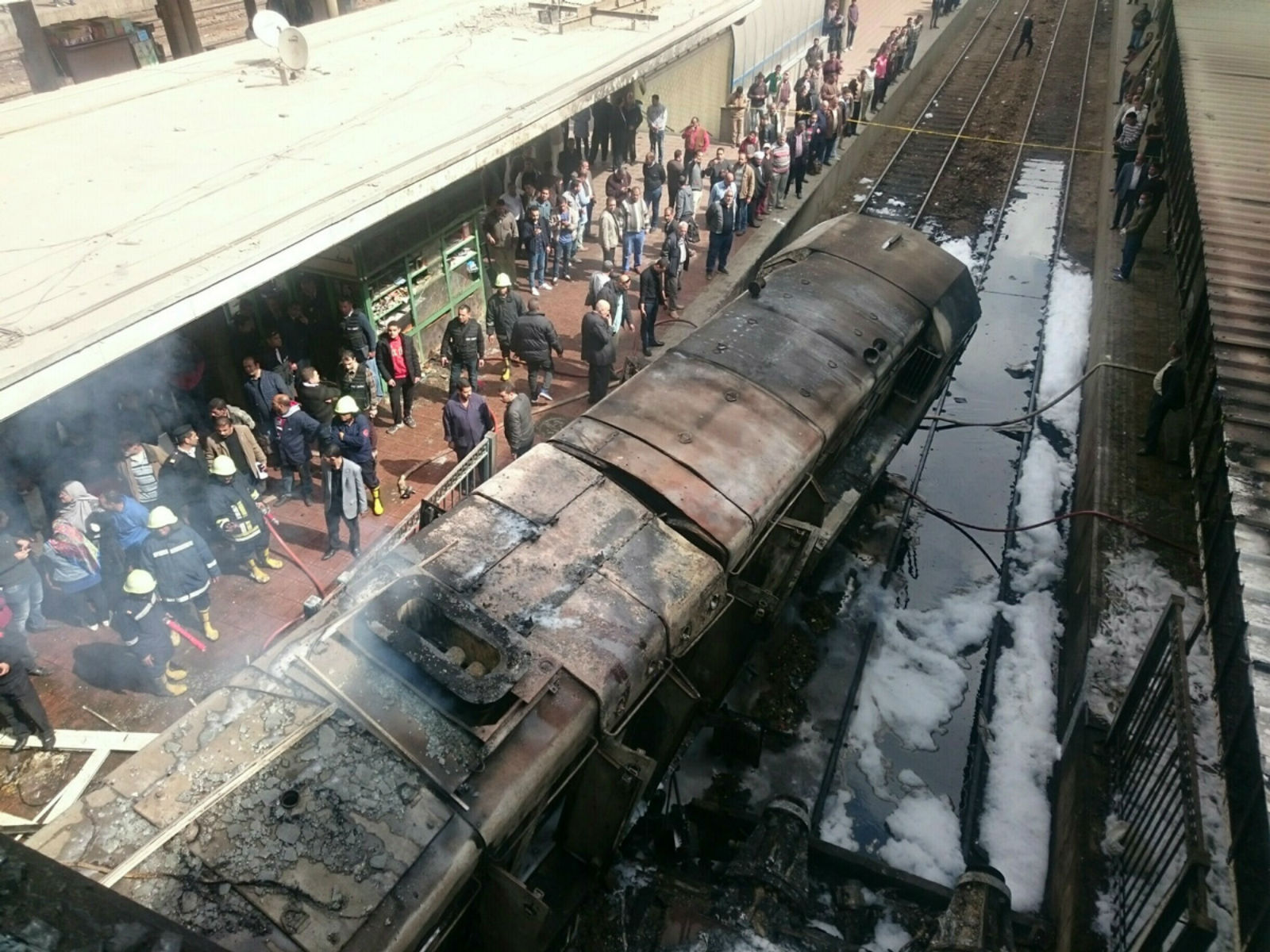