PMI is flat month on month, with private sector still in contraction territory 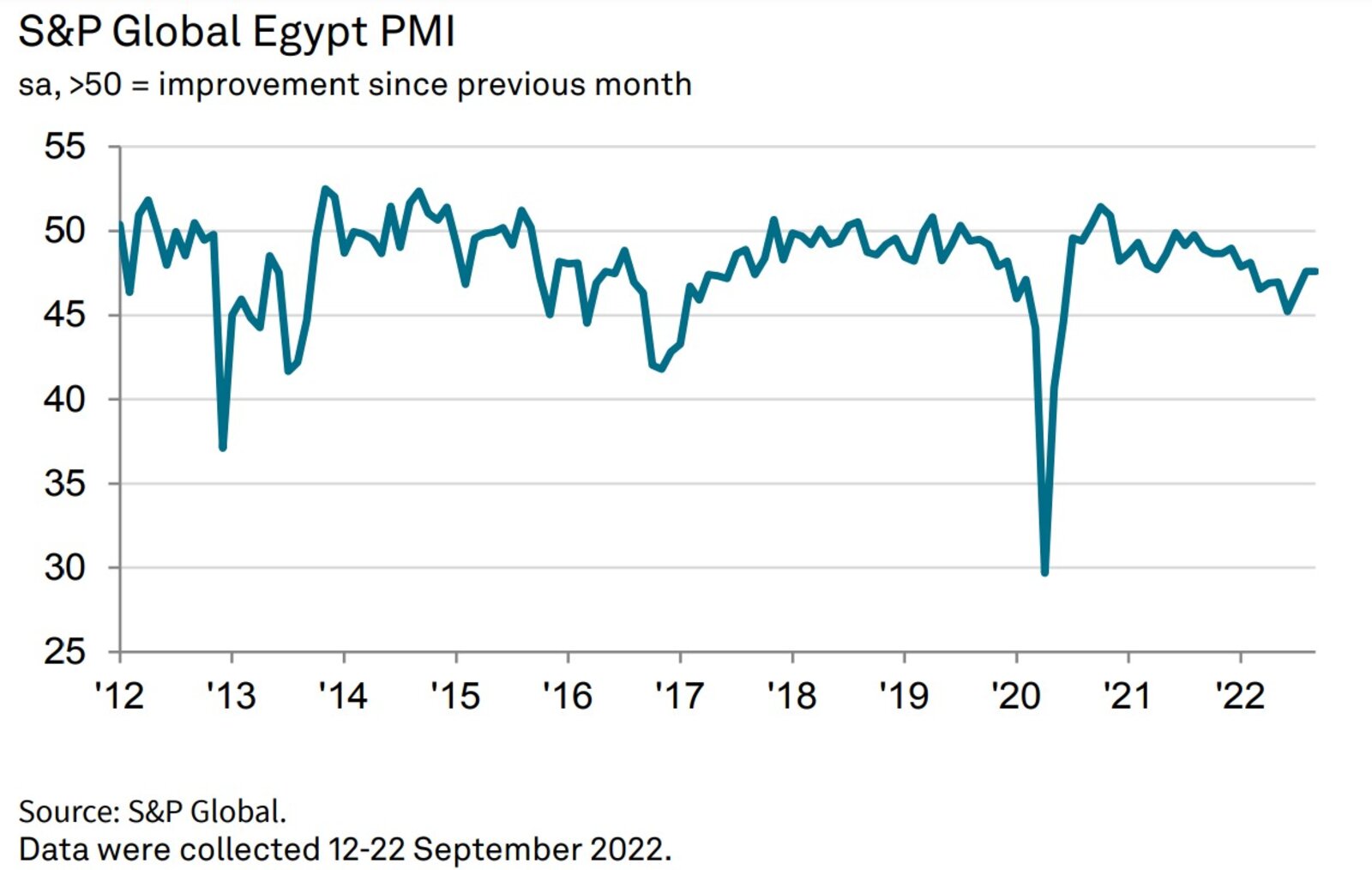 Activity in Egypt’s non-oil private sector contracted at the same pace in September as it did in August, according to S&P Global’s latest purchasing managers’ index (pdf). The PMI index was flat month-on-month at 47.6, remaining below the 50.0 threshold that separates growth from contraction for the twenty-second consecutive month. September’s contraction was attributed primarily to sustained inflationary pressures, weaker consumer demand, and the implications of the energy rationing measures enforced by the government.

Inflationary pressures are still affecting costs: Imports — which have slowed due to restrictions imposed by the Central Bank of Egypt earlier this year, and become more expensive on the back of a weakening EGP — drove up input costs, forcing businesses to increase price tags, according to S&P Global. This led to weak consumer demand, resulting in a sustained decline in output. The output sub-index declined for the thirteenth month in a row and new orders fell to their lowest level in seven months.

ON THE UPSIDE- More people are snagging jobs — and optimism is rising: Hiring rates rose marginally for the third consecutive month. Confidence in future growth improved from August’s historically low forecast in future business activity conditions. This echoes the results of our Fall 2022 Readers Survey, which showed almost half of respondents anticipating that 2023 will bring better conditions for the business community.

Saudi Arabia’s non-oil private sector activity expansion slowed in September with the PMI (pdf) dropping to 56.6 from 57.7 in August, despite a strong pickup in output and new orders. Purchasing activity increased with higher client appetite but dipped lower than August‘s figure. Headcounts increased marginally, growing at their slowest pace in six months.

September PMI data for the UAE will be released at 6:15am CLT today. You’ll find it here when it’s out.