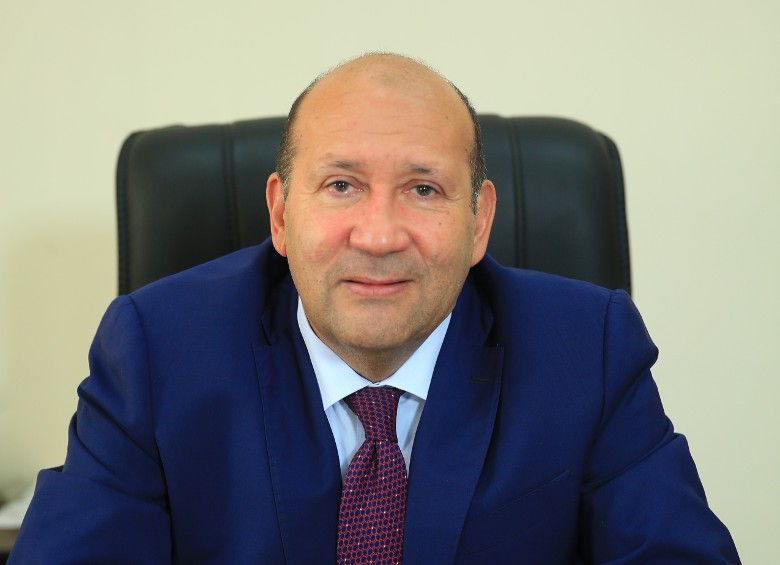 An interview with Hisham Badr, co-ordinator of the Smart Green Governorates initiative: With COP27 fast approaching, Egypt's Smart Green Governorates initiative is getting ready to reveal its top projects that will be presented to the world at the global climate summit. The initiative, which aims to showcase green projects in Egypt during the global gathering and help them attract finance from global lenders, is in the process of whittling down the more than 6k applications to just 18 projects, which will be put in front of investors at COP27.

We got a taste of what to expect earlier this week when the initiative’s co-ordinator, Hisham Badr, announced the first batch of shortlisted projects. Eighteen candidates were selected from Alexandria, Beheira and Matrouh governorates, including a project to produce green hydrogen from agricultural wastewater, a flood early warning system, and a soilless cultivation project.

We spoke with Badr about the initiative and the government’s upcoming plans for the top projects. Below are edited excerpts of our conversation:

How many projects were submitted? The number of projects submitted reached 6.2k and the governorates are currently selecting their six finalists. At the end of October, we will hold a national conference to present the 162 projects. We will invite the private sector, international financial institutions, and financiers to learn about the projects. At the end of the conference, we will select 18 projects, and their founders will be presented at COP27 as ambassadors for the best smart green projects, so that the rest of the world can learn about Egyptian solutions.

What is the ultimate goal of these projects after they are announced? Many benefits can come from the initiative. As the host country of COP27, Egypt must first and foremost play a significant role in raising awareness of the problem of climate change and encouraging entrepreneurs to come up with solutions. The second benefit is that, for the first time, there is now a map of smart green projects in each of Egypt's governorates. This means that any investor who wants to invest in a specific field, such as emissions management, solar or wind energy, will have access to a database of projects.

Funding will be awarded to the top projects. COP27 sponsors can also contribute to project financing, capacity building, and the acceleration of startup ideas, and many investors are already looking for investment opportunities.

How much will the awards be worth, and how will the funding be handled? The amounts will be determined later. As for funding, whenever we go to a bank, financial institution, or foreign country and tell them we have climate-related problems and are looking for financing, they usually tell us: “Give me a good project, and I will give you financing.” If you present the lender with an integrated project that includes the necessary feasibility studies, you will be approved.

And the initiative will not be limited to this year. Every year, the state intends to hold a similar competition for smart green projects. Egypt will take the winning projects to next year’s COP28 in the UAE. The following year, we will take them to the climate summit in Australia, and so on.

Will the government provide project incentives, such as licenses or land allocation? Of course. The 18 winning projects are expected to be completed and attract investment as soon as possible. The rest of the 162 projects will be available for investment this year and in the following years. If a project is missing a key element, such as the tech element, an investor can come in and support it in this area, and so on.

What’s the plan for the rest of the 162 projects? We will hold a large national conference, attended by the private sector and high-level financing institutions. It will be an opportunity for these projects to present an integrated proposal to the interested parties over a period of two days.

What is the amount of funding expected from this initiative? I can't anticipate that now. That will depend on the size of the winning projects.

Will the 18 projects be the only ones submitted by Egypt during COP27? Smart Green Governorates is one of several initiatives that Egypt will introduce during the summit. It is an unprecedented initiative globally, which could be a model for other countries to implement afterward.