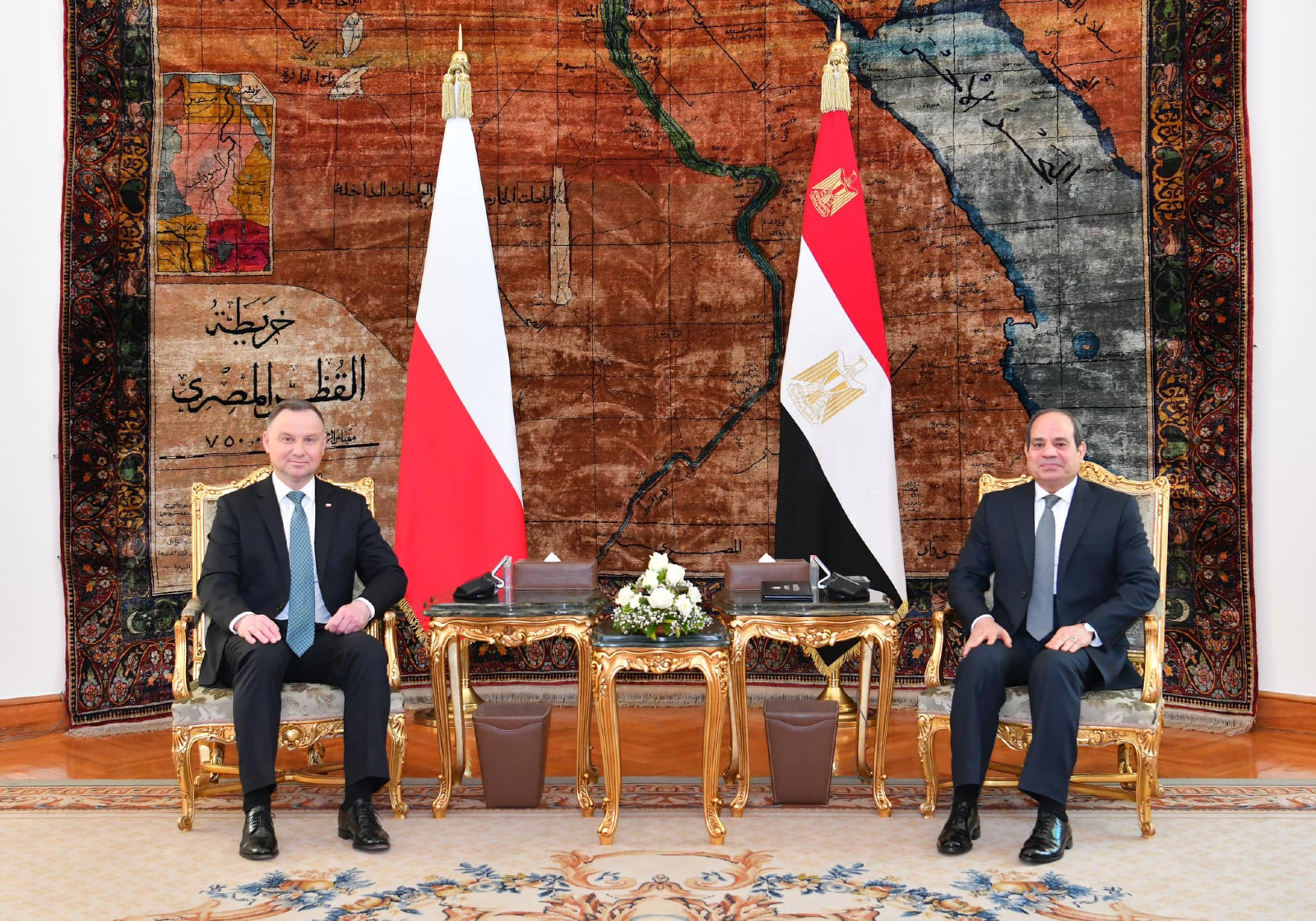 No breakthrough on wheat during Polish president’s visit: A meeting between President Abdel Fattah El Sisi and Polish President Andrzej Duda in Cairo yesterday ended without an announcement on a partnership to ship Ukrainian wheat to Egypt. Reports ahead of the visit had suggested the two sides would discuss ways that Poland could help skirt the Russian blockade, but according to the Financial Times EU countries are having trouble finding ways of getting wheat out of the country using European infrastructure.

To Egypt, via rail: Supply Minister Ali El Moselhy suggested last week that Poland could receive the shipments from Ukraine via rail, raising hopes that the two leaders could agree on a mechanism to deliver the grain to Egypt’s shores.

Here’s why that’s a lot more difficult than it sounds: Ukraine’s Soviet-era rail network uses tracks with a wider gauge than in Europe, the FT says. Cargoes from Ukrainian trains would need to be changed over before they could enter the EU. Alternative plans for Poland to build a Soviet-style line to Lithuania or to use the Ukraine-Lithuania line via Belarus are also unlikely.

That could be why we didn’t hear much from the meeting yesterday: A Polish readout of the meeting said that the food crisis was the main topic of conversation, but didn’t offer further details. At a post-meeting press conference, Duda said he and El Sisi had discussed “exporting Polish food” to Egypt but didn’t elaborate. A statement from Ittihadiya following the meeting didn’t mention the subject.

Egypt has a lot of wheat stuck in Ukraine: Some 25 mn tons are currently stranded at the country’s Black Sea ports due to the blockade, 300k of which were reportedly booked by Egypt.

LNG was also on the agenda: Duda said that the two discussed raising Egyptian LNG exports to Europe, noting that Poland has an LNG terminal which it is expanding. “We absolutely support the negotiations that are currently taking place between Egypt and the European Commission on the supply of LNG to the EU,” he said.

A PIZ ALONGSIDE THE RIZ?

There has been talk of a Polish industrial zone for a while now: The Suez Canal Economic Zone signed an initial agreement last year with a Polish special economic zone to set up an industrial area for Polish companies that would produce food, electronics and car parts. In a speech to the Egyptian-Polish Business Forum yesterday, the PM said that the zone would open the door for new investments if the plans go ahead — and spoke about the tax incentives and infrastructure on offer at the SCZone.

The PM has been talking to a lot of investors lately: Madbouly’s speech comes amid government efforts to lure new investment into the country in response to Russia’s war in Ukraine. Officials have met with US, UAE and French investors in past days to promote the government’s economic reforms and Egypt as an investment destination.

Also during the forum: General Authority for Investment and Free Zones (GAFI) head Mohamed Abdel Wahab discussed investment in green energy and “environmentally-friendly industries” with Polish companies, and signed an MoU with the Polish Investment and Trade Agency to “strengthen investment ties.”

YOU CAN NOW FLY DIRECT TO WARSAW-

Flights between Egypt and Poland resume today: Poland has decided to resume direct flights with Egypt, El Sisi announced yesterday during his press conference with Duda. The flights will run five times a week between Cairo and Warsaw, Duda said.