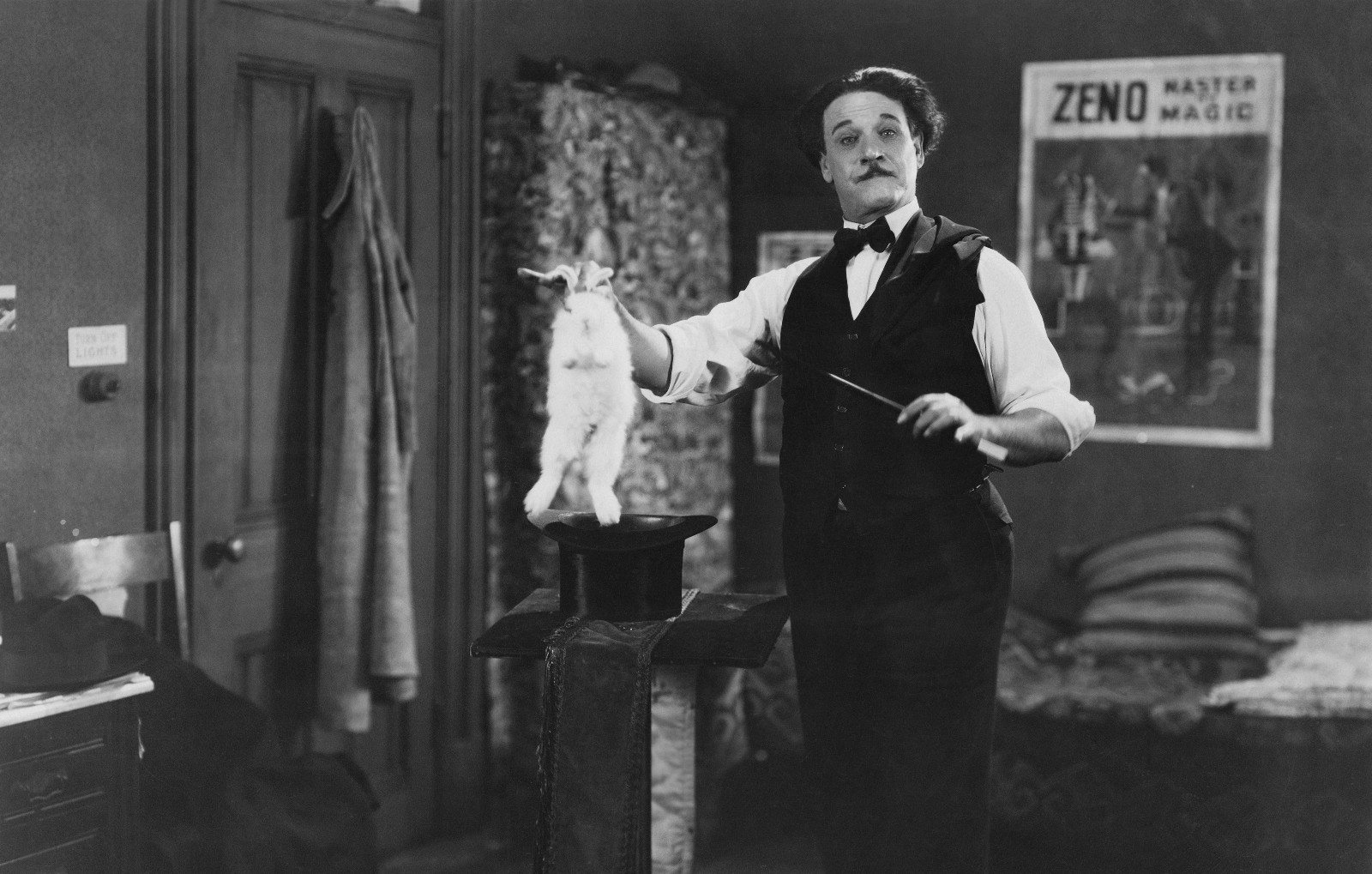 What do fake news and magic have in common? We’ve all seen a magic show during a kid’s birthday party, and heard the “oohs” and “ahs” over an endless handkerchief. But the psychology behind magic has helped researchers explore the people’s everyday reasoning, writes Tim Harford for the Financial Times. Magicians play on misdirecting and manipulating the audience's attention and thoughts to lead them away from the truth. By applying the same concepts to explain general cognitive processes, we can better understand why misinformation and fake news run rampant in political and economical spheres.

Demonstrating the art of misdirection: Apollo Robbins, the world-famous theatrical pickpocket, explained the basic principle behind misdirection in a Ted talk. In a nutshell: We pay less attention than we think we do (watch, runtime: 08:34). To prove his point, he asked the audience to close their eyes and recall what he’s been wearing for the past few minutes on stage. After some struggle from the audience, he moves onto his next trick, picking a volunteer to come onstage and deftly takes his watch without anyone noticing. In a final hoorah, he asks the audience to once again take a look at his clothes, which are all different from when he first asked them to close their eyes. This practical approach to his explanation saw Robbins misdirect the attention to his performance with the volunteer and change his clothes in plain sight.

Politicians use this same approach to focus people’s attention away from scandals or other events: The approach has a name in political dialogue: The “dead cat strategy,” which metaphorically calls for throwing a dead cat on the dining room table if things get awkward. Yes, people will be outraged, but the attention will be led away from the topic. Former US President Donald Trump “had an unrivalled gift for producing a dead cat whenever he wanted to,” writes Harford for the FT ahead of the release of his book How To Make The World Add Up.

Controlling and deceiving human perception: Teller, who makes one half of magician duo Penn & Teller, told Smithsonian Magazine that magic has less to do with fancy machinery and more with understanding and manipulating how viewers digest sensory information. Among his suggestions for pulling off a believable magic trick are exploiting pattern recognition, so that audiences expect the same thing to happen every time — and missing if it doesn’t. The darkest of magic’s psychological secrets, in his opinion: “If you are given a choice, you believe you have acted freely.”

So, why are we prone to falling for the same tricks again and again? Some say it's that we are incapable of telling the difference between truth and lies in situations we’re not familiar with or in cases where we lack critical-thinking skills. However, we’ve all seen a knowledgeable person fall prey to misinformation, hence the second explanation: That we know the difference and just don’t care. In a study published in the Nature journal, participants were given 36 news headlines and asked to assess how accurate or inaccurate they are. Most did well at this stage, clearly distinguishing between the fake and real news items. However, once asked which they would be more likely to share on social media, participants quickly forgot the difference between truth and lies and chose news that was sympathetic to their political or religious beliefs, no matter how inaccurate it was.

We also fall for the ‘There’s nothing up my sleeve’ act: Another misdirection principle is that once people are introduced to a possible solution, it continues to affect their reasoning capacity — even if it is proven false. Even after the magician shows you there’s nothing up his sleeve, his pointing out the possibility will have you focused on whether it could be true, misdirecting you away from whatever could be in his pocket or in his hat. In a University of London study testing this hypothesis, researchers found that participants who were not offered a false solution to a card trick were more likely to find the correct answer. “It’s as if, having made the effort to construct a solution, people become stuck on it and less able to ‘think outside the box’ and come up with a new solution that abandons their original assumptions,” explained Gustav Kuhn, the co-author of the study who just released a new book titled Experiencing the Impossible.

How can you stop being deceived? Don’t be so overconfident. What makes magic tricks easier to perform is people’s intuitive overconfidence that they will notice what matters. We share misinformation because we don’t research it enough to determine its accuracy, we see one thing and assume it is another. Our own brains conspire in the illusion, filling any blind spots with plausible images or explanations, even when there are none. “Pay attention; get some context; ask questions; stop and think,” urges Harford. We can spot the tricks, but the problem is we don’t really try to, and then believe that we did.