A light at the end of the canal? 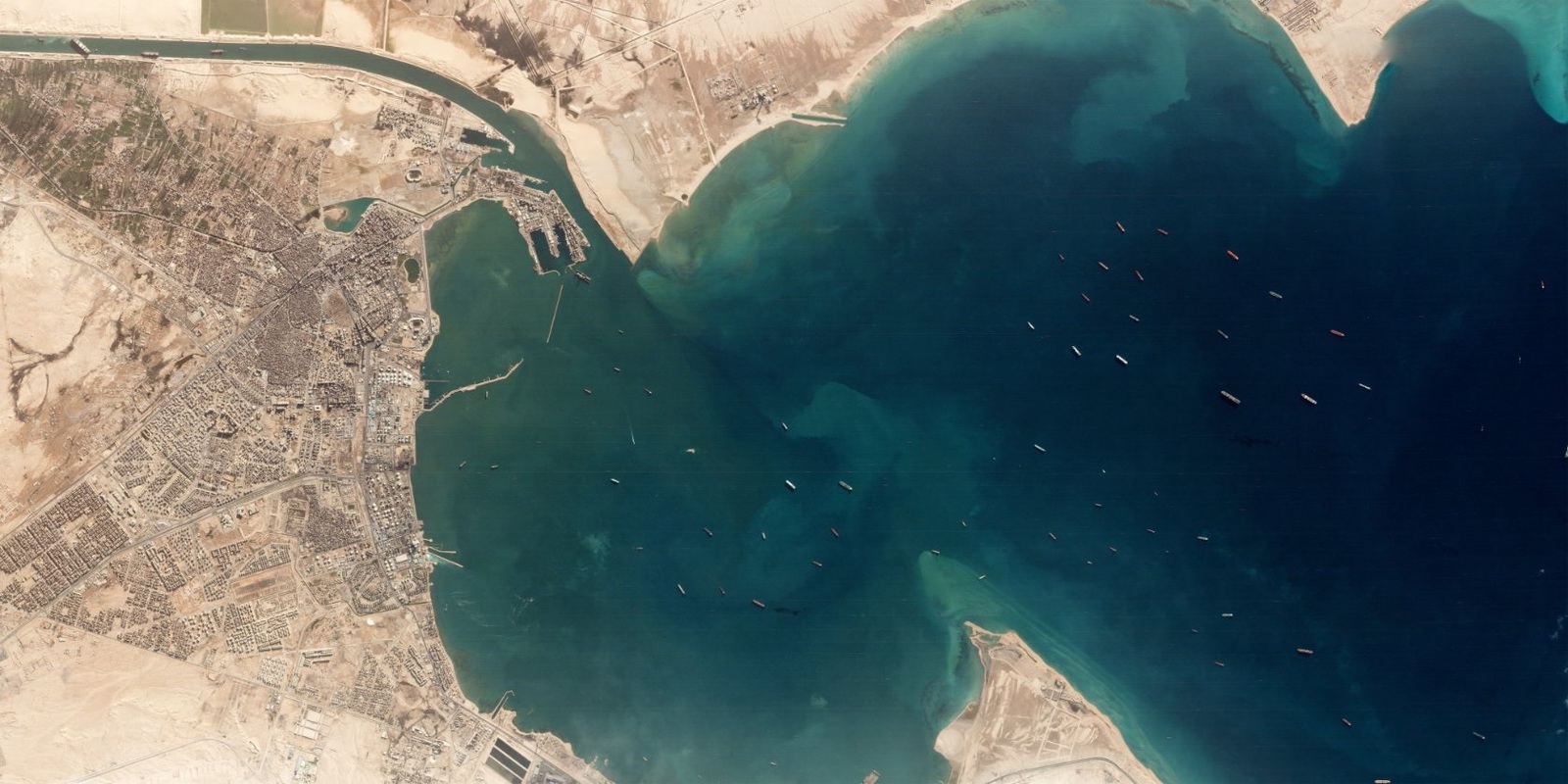 The good news: The Ever Given is starting to budge. Tug boats managed to move the giant vessel 29 meters yesterday, capitalizing on dredgers’ work to clear the sand and mud from the container ship’s propellers and create maneuvering space, Bloomberg reports, citing Inchcape Shipping Services. The ship’s rudder has been freed, as has its propeller, and there is “some movement at the bow of the ship,” Reuters reported, citing an unnamed source.

Don’t expect news of it being “unstuck” before late afternoon: Dredgers will keep up their work until 4pm today, followed by a resumption of refloating operations, according to Bloomberg. SMIT Salvage has confirmed two additional tugs are due to arrive today, the vessel’s technical manager Bernhard Schulte Shipmanagement said. Tug boats have a better chance of freeing the ship today as tides grow higher, British Royal Navy veteran Tom Sharpe told Reuters separately. But the boat’s hull could rupture if tugboats pull too hard, since the Ever Given is aground both front and rear, Sharpe added.

The bad news: There are more ships (and costs) piling up: There are now 321 vessels waiting to move through the Canal and it is costing Egypt some USD 14 mn in foregone daily revenues, Suez Canal Authority (SCA) Chairman Osama Rabie said at a presser (watch, runtime: 60:17).

What happened over the weekend: Work to dislodge the ship on Friday was unsuccessful, after the SCA said earlier in the day it had removed at least 17k cbm of sand around the vessel’s bow. Dutch marine response firm SMIT Salvage, which is working to refloat the ship, said a trifecta of heavier tugboats, dredging, and the spring high tide could dislodge it by the start of this week.

How much longer is this going to take? Rabie declined to give a timeline at the presser, pointing to the changing conditions and delicate balance between speeding up the process and maintaining the vessel’s integrity. Former SCA boss and presidential advisor on canal projects Mohab Mamish, on the other hand, suggested to Salat Al Tahrir’s Azza Mostafa there is a high level of confidence the vessel will be un-stuck by the end of the week (watch, runtime: 7:29).

The ship owner is considering transferring cargo: Shoei Kisen could look at offloading some containers to make the vessel lighter, and Mamish told the media floating cranes could be used to aid with this process, Reuters reports. Shoei Kisen, which apologized over the weekend, and could face USD mns-worth of ins. claims.

Part of the problem is a lack of correct equipment: The process of dislodging the ship has proven “extremely difficult,” the Japanese owner of the ship said in a statement Thursday. This is because the SCA doesn’t have the necessary equipment to reach a depth of 52 meters readily available and may need to seek assistance from foreign countries if it had to resort to such a plan, Rabie told Kelma Akhira’s Lamees El Hadidi (watch, runtime: 15:35). The challenge with offloading the containers: There are no cranes in sight big enough to handle offloading, meaning one or more would have to be brought in on a barge.

The US is offering a helping hand and would be able to send over “equipment and capacity that most countries don’t have,” US President Joe Biden said on Friday. The SCA was said to have welcomed Biden’s statement, which came after a US official said the navy was awaiting approval from local Egyptian authorities to send over a team of American dredging experts.

…and Turkey says it wants to help: Turkey, which has been pushing to repair its strained relations with Egypt in past months, has offered to dispatch its Nene Hatun salvage vessel, Turkish Transport Minister Adil Karaismailoglu said.

Nearly two dozen ships have already changed course: The Ever Greet, the stranded vessel’s sister ship, has joined LNG tankers as well as CMA CGM and Mediterranean Shipping Company ships in taking the long way around the Cape of Good Hope.

For some large tankers, there may be relief in the form of the Sumed pipeline, with the economics permitting some of them to use the pipeline to ship oil from Ain Sokhna to Alexandria, sources told Reuters.

How’s all of this hitting commodities and retail?

Now, to figure out what went wrong: Bad weather wasn’t the main culprit behind the ship's grounding, and the SCA will formally investigate the accident to rule out human error or a technical malfunction after the Canal reopens, Rabie said during the press conference. International media are speculating about everything from human error to the wind conditions and whether the vessel was speeding (lots of theories here, here and here).

The great jam is still front and center everywhere you look: Reuters | the Associated Press | the Guardian | BBC | the Financial Times | the Wall Street Journal.

Our talking heads were also all over the story, with everyone from Masaa DMC’s Eman El Hosary (watch, runtime: 3:01) to El Hekaya’s Amr Adib (watch, runtime: 13:14) taking stock of the latest updates.