Russia’s wheat export tax may not be permanent 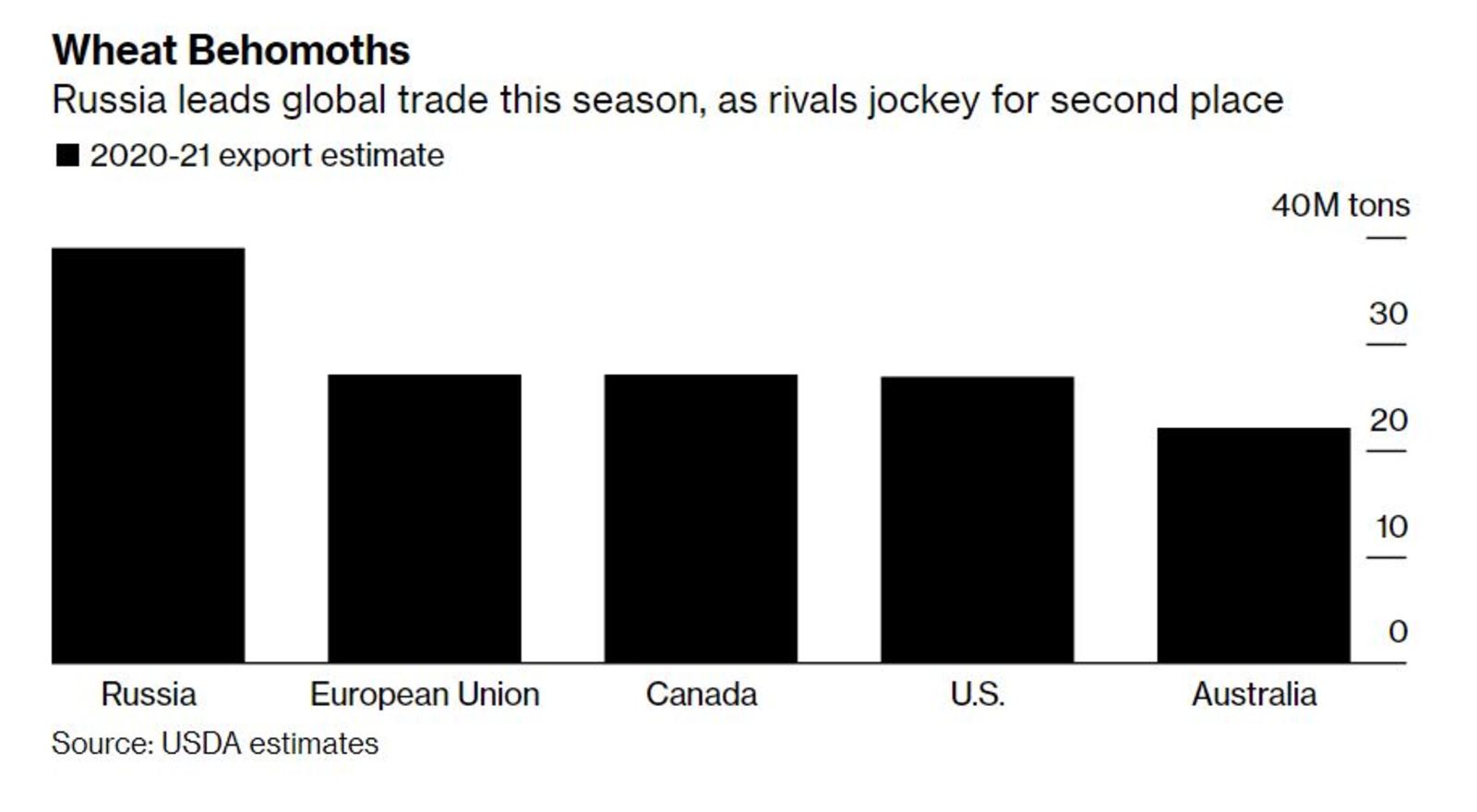 Egypt’s top wheat supplier is open to relaxing grain export duties it recently introduced, but only when it first ensures it has secured supply for its local market, Russian news agency Interfax quoted the country’s agriculture minister, Dmitry Patrushev, as saying. The Russian government may start to look at an alternative approach to regulate the market once it makes sure it has enough wheat for the country and that high exports don’t lead to a supply glut and domestic inflation, Patrushev said. Down the line, Russian authorities may stop interfering with grain markets at all, he added.

Egypt’s state grain buyer dialed back Russian wheat purchases after the export tax was introduced in February. Russian authorities had introduced the restrictions to attempt to slow down domestic inflation and protect local supplies as the pandemic took a tool on Russian household incomes. That prompted GASC to source wheat from the EU, including French, Ukrainian and Romanian varieties in recent tenders — and saw it cancel a tender in January until it got more clarity on the new tax.

How much is the Russian tax? Moscow imposed a levy of EUR 50 per tonne on wheat, EUR 25 per on corn and EUR 15 on barley, as well as a quota on the amount of wheat allowed to leave the country. The flat rate has been effective since 15 February. The system will switch to a floating tax regime on 2 June, with the tax being applied only on wheat sold for more than USD 200. Each USD 1 above the USD 200 mark will be subject to a 70% tax rate.The same goes for corn and barley over the USD 185 mark. This could hurt us considering Russian wheat constituted 80% of Egypt’s wheat purchases last season, with 2.5 mn tonnes bought as of August.

Until the restrictions are eased, wheat trade from the world’s largest producer could face further disruptions, reports Bloomberg. This is because once the system switches to a floating tax regime, shippers will only know how much they’re going to be paying when a cargo sails. This limits a trader’s ability to make advanced sales of the cargo